Guns are intended to help owners during a life or death situation. Therefore your chosen assault weapon should be of premium quality.

Unfortunately, selecting the right gun can be a challenging and overwhelming task, especially for novices.

While there’s an array of classy guns you can sift through, the market also boasts several strange and poorly designed guns.

Here we’ve rounded up the top 12 worst guns ever manufactured to ensure preppers remember to avoid it. 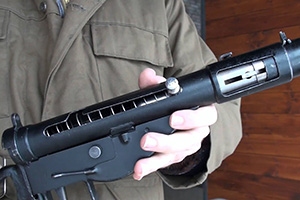 Manufactured in the United Kingdom in 1940, Britain introduced this submachine gun when facing an invasion. To combat that, the Sten Gun was designed to offer soldiers some form of protection.

However, despite boasting a range of 230 feet and a capacity of 32 rounds, the gun isn’t a popular choice among preppers.

The reason being it tends to misfire, and reports show that the gun’s bullets bounced off of the target. 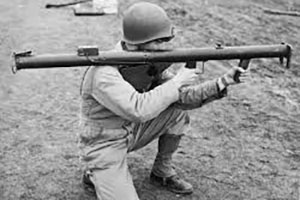 Introduced in 1942 by the US, the bazooka offers an excellent range of 500 feet.

Unfortunately, the single-shot rocket launcher creates an enormous flare every time it’s fired. In turn, it may give away where the shooter is hiding and shoot debris, dust, and flames back at the owner.

Related: How To Hide From Thermal Vision

The smallest centerfire cartridge pistol in history, the Kolibri, was fabricated in 1914. The pistol was named after the Colibri/hummingbird to assist in personal defense. 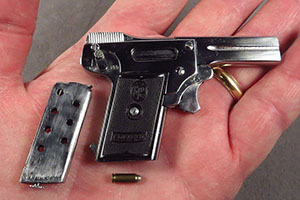 Including a 5.3g cartridge and measuring a mere 2-inches in length, this semi-automatic offers six rounds.

While the mini-sized gun is super easy to conceal and boasts little to no recoil, its small size made it virtually impossible for owners to reload and handle it.

In addition to this, the small barrel restricted owners from rifling to spin bullets, thus reducing the gun’s accuracy.

While the Magnum Caliber Handgun is a classy and fun gun, there are some downsides to using it. 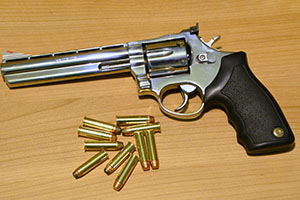 Especially for first-time shooters, the gun’s massive recoil may result in either developing a flinch or hurting yourself.

Worst of all, if you can’t handle a gun properly, you may end up accidentally shooting yourself.

In addition to this, the ammunition for Magnum handguns is relatively more expensive and may even deter learners from learning good shooting habits.

Related: How Much Ammo You Need For Practice Just To Keep Your Shooting Skills In Shape 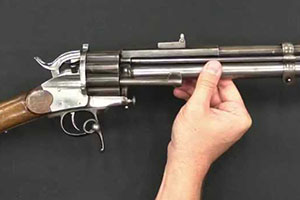 Designed in the United States in 1856, the LeMat grapeshot revolver was introduced as a cavalry weapon during the Civil War.

The revolver can store nine pistol rounds per revolver setup alongside a bonus barrel and a single shotgun in the center.

Therefore, owners had to switch the movable firing pin to select their desired round.

In theory, the revolver sounded like an excellent idea. In practice, it was deemed ill-conceived and challenging to use.

The Krummlauf was designed in 1943 by the Germans to shoot around the corners. 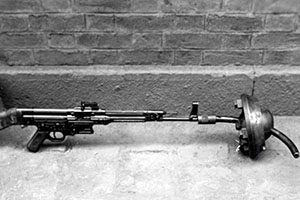 The intricately crafted weapon is curved and can be clamped atop the barrel of anStG 44 (or Mp-44) rifle.

The original idea was that with the Krummlauf gun, soldiers could shoot while in cover or inside a tank. Thus, the weapon comes in four different versions, which were 30 degrees, 45 degrees, 60 degrees, and 90 degrees.

While the curved design of the Krummlauf looked pretty cool, it also meant that the bullets had to travel around a bend. Which often resulted in the bullets either shattering and cracking the barrel. The manufacturer introduced additional modifications to the weapon, such as installing vent holes to lower recoil and pressure. However, the Krummlauf still sustained damage. 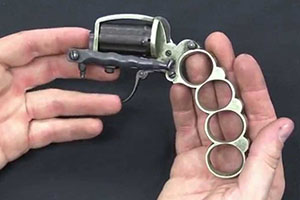 Launched in 1860, the Apache revolver obtained its name from the French gangs who helped popularise the gun. The gun sounded incredible as it combines a six-shot revolver with a knife and brass knuckles.

Unfortunately, the folding triangular blade installed in the gun led to removing the gun’s barrel.

In turn, shots fired from the gun were inaccurate and overall challenging to make.

Not to mention, reloading the gun meant owners had to remove the whole cartridge cylinder and replace it. The trigger guard and safety of the revolver were also missing. 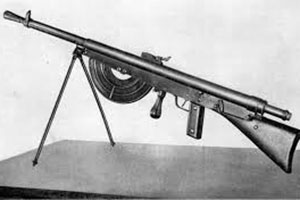 Fabricated in 1915 by the French during World War I, the Chauchat light machine gun was poorly designed. In fact, the firing mechanism of the machine gun jammed every two seconds.

On the flip side, if the gun did end up working adequately, its 20-round capacity was insufficient fighting.

Related: 6 Best Guns to Have After an EMP 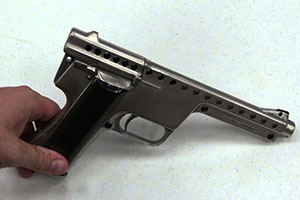 The Gyrojet pistol was introduced in 1965 in the US and boasted one of the most creative designs. Moreover, the handgun featured a range of 165 feet and fired via an innovative rocket propulsion technique.

The drawback was that these guns were super inaccurate, which isn’t ideal in combat.

During the 20th century, gun inventors in the UK strived to fabricate a self-loading pistol. 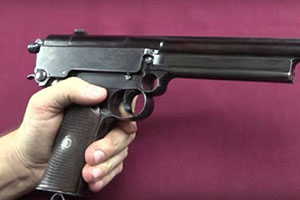 Their efforts ultimately led to the development of the Colt m1911. However, before that, they crafted the Mars pistol.

This extremely complicated handgun would shoot used cartridges into the owner’s face. Its production halted soon, but at least 80 pistols had already been manufactured. 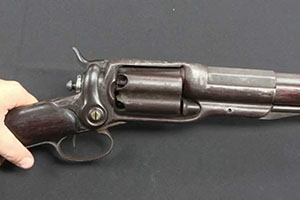 In the 19th century, an American inventor Samuel Colt introduced the modern revolver, offering about six fast-firing shots before reloading.

The creative design and revolutionary technology of the handgun ended up becoming the standard pattern of handguns.

Inventors decided to combine revolver-level firepower with rifles, which led to the Colt 1855 revolving rifle’s manufacture. Unfortunately, unlike his first invention, the revolving rifle proved to be of low quality.

The loud noise of the gun alongside the revolver-cylinder system’s open nature put the user’s life in danger. Since these weapons are close to the owner’s face, a mechanical failure or explosions could easily lead to devastating repercussions.

The Colt 2000 was designed as a substitute for the Austrian Glock pistol and was one of the company’s worst guns. Developed by leading gun designers Eugene Stoner and Reed Knight Jr., the gun looked incredible in theory. 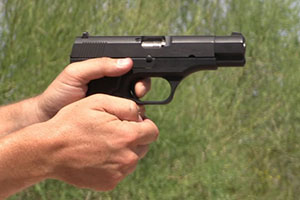 The weapon boasted an elegant polymer frame alongside a meta slide to reduce weight, a double-stacked magazine with the ability to hold fifteen rounds, and a striker-fired design.

The drawback was that the gun lacked reliability and security. Not only did users experience frequent jamming, but the gun offered low accuracy as well. As a result, the gun lasted a mere four years in the industry.

Purchasing sufficient and appropriate weaponry is no easy task. Especially since the market offers a wide array of options, it’s increasingly difficult for Preppers to pinpoint which guns are the best and which aren’t so good.

However, doing an in-depth reading and thoroughly checking the different gun features allows owners to discern whether their selected gun is of premium quality or the exact opposite.

Above we mentioned a plethora of guns preppers should avoid due to their poor design and low-quality features. Moreover, it’s critical to choose high-quality guns to ensure your safety in case of a gunfight.