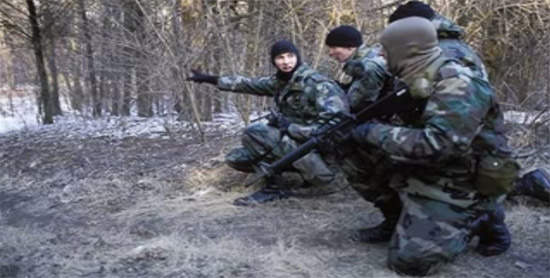 Editor’s Note: Ex-military who does not have enough money to prep says he’s going to go around and hit preppers who are too weak to defend themselves.

My thinking is that if there are people saying it out loud now… when there will be no food, no water and no active law enforcement… how many will actually turn into looters and killers?

When his child will starve to death in his arms, your now-friendly neighbor might not give a S. about your life. When you won’t have enough to help him, he might turn into your enemy. So keep your cards to yourself!

Related: If You are too Weak to Defend your Home then You Need to Watch This

One of the tenets of long-term preparedness is something we refer to as Operational Security, or OPSEC. The goal is to build our stockpiles, strategies and friendships without the knowledge of the general public, or in many cases, even our neighbors or acquaintances.

Because when it hits the fan, and there’s no food in grocery stores and violence erupts all around us, we’ll have the supplies to survive and the defensive initiative to protect what’s ours. The last thing we want is for those who failed to heed the warnings, to come knocking on our doors looking for handouts or a place to weather the storm. The fact is, our supplies are limited, so operating on the down-low is an important strategy to ensure our safety in the midst of disaster.

But taking the time and effort to plan effectively is not the only strategy being implemented by those who expect the worst.

There are those out there who have a different idea of how they’ll acquire necessary supplies should the system as we know it destabilize.

And that plan is to come for what you own.

Southern Prepper explains how your operational security may have already been compromised, and shares a story from one “prepper” who is planning on taking advantage of those who had the foresight to ready themselves.

He’s ex-military. He said his plan is to hit preppers. He doesn’t have enough money right now to prep himself, so he’s going to go around and hit preppers.

In a previous SHTF security video, it was noted that you are a high value target in a post-collapse world.

Beware, because this is what we can expect.

Watch: Monsters Of Anarchy: We take what we want by force of arms.

This article was written by Mac Slavo. If you liked it, you can visit his website at SHTF-Plan