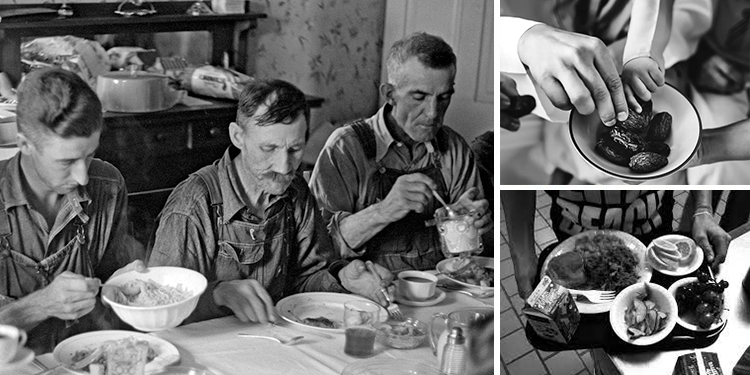 Mealtime is an often-unappreciated time that we take for granted. Today, food is plentiful and readily available on a whim.

But can you imagine eating the same thing every day?

Some people had to do just that during the Great Depression – and even when they weren’t chowing down on the same kind of cuisine, they were eating some pretty odd fare.

Here are some strange meals people ate during this difficult period in American history.

Give these odd recipes from the Great Depression a try if you’re attempting to pinch pennies – or are feeling a bit adventurous! 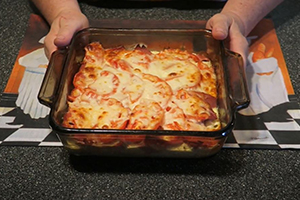 You might not mind eating a bologna sandwich every now and then – but bologna casserole? That’s a little odd!

Bologna casserole was made out of things like bacon, onions, peppers, canned pork and beans, inexpensive cheese, and naturally, bologna.

It’s hearty – to say the least. 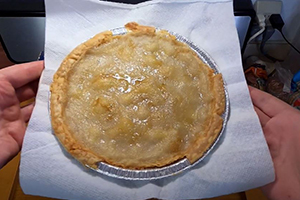 As the name implies, hot water pie is connected by combining ingredients like flour, sugar, and butter for a crust then using boiling water, sugar, butter, and eggs for a filling. 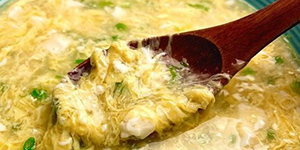 You might recognize this name, but this unique dish is not at all like the Chinese soup you know and love.

Instead, it consists of onions and browned potatoes, scrambled eggs, and a water broth that has been heavily salted. 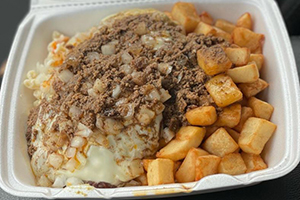 The garbage plate is still often served at diners in the western New York region.

It’s a combination of home fries, baked beans, macaroni salad, ground beef, and sometimes sausage (or any variation of those ingredients). This mixture is then topped with chili, onions, hot sauce, mustard, or ketchup.

A peculiar combination of flavors, for sure – but also loaded with nutrients and calories.

Related: 10 Foods You Should Never Store Together 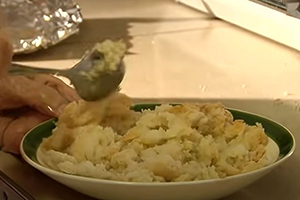 It’s as simple as it sounds. Made out of hard bread that had gone past its prime and was no longer fresh, cooked bread just involves cutting bits of bread into slices, soaking it in some oil or butter, and frying it in a pan. You could pour some water over the slices if it needed more hydrating, too. You could then mash it up. 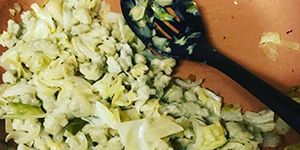 Cabbage and dumplings is a dish that’s pretty much self-explanatory.

Despite being strange, it’s not the worst tasting dish on this list. It’s just fried onions and cabbage combined with dumplings crafted out of flour and egg. 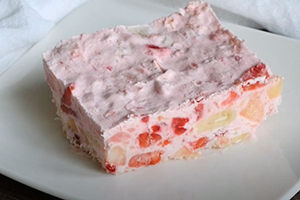 Frozen fruit salad was a popular meal around the holidays, in particular.

This dish can be adjusted in a variety of ways, but most versions include canned fruit, whipped cream, flour, eggs, and mix-ins such as nuts or marshmallows.

The whole dish is frozen, then served like ice cream. 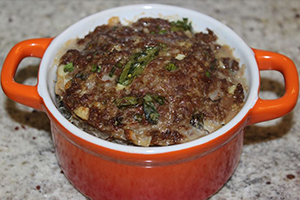 It seems counterintuitive that meatloaf would be served without any meat – but back in the Depression, meat could be hard to come by.

Meatless meatloaf could be made out of anything – from liver to raisins, peanuts and more, just about anything you had hanging out in the refrigerator or pantry could be thrown into this dish.

Cold milk soup is just like cereal – without the cereal.

Served cold on a hot day, this dish could actually be quite refreshing. It’s just bananas, milk, and sugar. 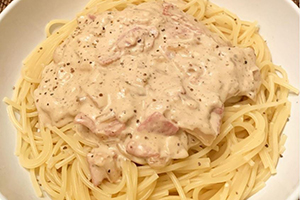 Although you might be quite attached to your favorite spaghetti and meatballs recipe, back in the Great Depression, you would have enjoyed a much blander variation of this.

Spaghetti would be boiled for a long time – about 25 minutes – to make it super mushy.

Add to that some boiled carrots and a white sauce made out of salt, flour, milk, and margarine, and a nutritious dinner is served – albeit a bland, tasteless one! 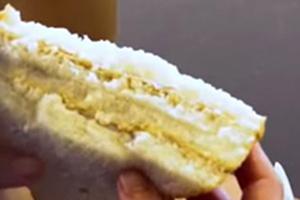 Just about every household would have pantry staples like peanut butter and mayo hanging around.

Because of that, the peanut butter and mayonnaise sandwich became a fixture, providing just enough protein and sustenance to people in a pinch. 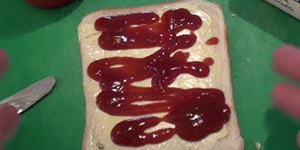 Another popular Depression-era meal was the infamous ketchup sandwich.

It wouldn’t have had a ton of nutrients or calories but would help families fill a plate in a pinch.

Scientists at Cornell University are responsible for the culinary marvel that is milkorno. This inexpensive food was meant to feed struggling families in the Depression-era.

A blend of cornmeal and dehydrated milk powder, it could be eaten by itself like oatmeal or mixed into recipes. Yum.

Related: How To Dehydrate Milk For Long Term Storage 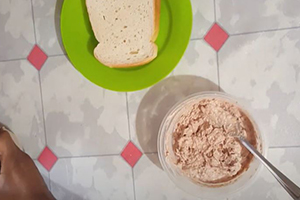 Gelatin, in the 1930s, was a new and cutting-edge food. It was added to just about everything. 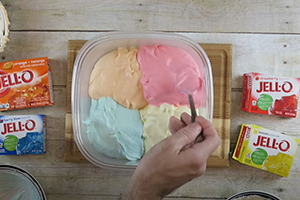 Last but not least is Jell-O ice cream.

Dessert lovers, pay attention – this is an odd Depression-era meal you’ll want to try at your next dinner party.

In fact, this recipe doesn’t sound nearly as repulsive as corned beef luncheon salad – but it’s unusual, to say the least.

This recipe includes whipped heavy cream, vanilla extract, milk, sugar, and raspberry Jell-O. A no-churn, inexpensive take on ice cream, it would have been most popular around the holidays, especially for those who were used to living on the bare minimum and being forced to skip dessert!

Get Adventurous with These Odd Great Depression Meals

In the midst of the Great Depression, Americans found creative ways to stretch their food dollars and provide nourishment for their families.

They ate a variety of unusual dishes that made use of the ingredients they had on hand (like food that they foraged or grew in their gardens).

Whether you’re looking for some fun and frugal new recipes or you just want to explore a unique period in America’s history, consider whipping up a few of these odd Great Depression-era meals today! 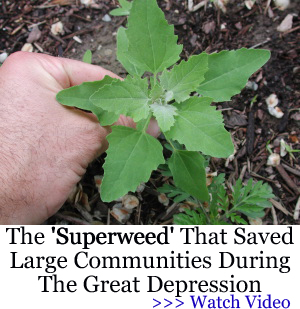