In the midst of a global pandemic, riots that have caused over two billion dollars worth of damage and a year that seems like the disaster of the month club, it’s perhaps not surprising that many have forgotten about the potential disasters that we’ve concerned ourselves with over the last decade. Even so, it’s hard to believe that I haven’t heard anyone talking about EMP for months.

Related: 8 Things That Will Kill Your EMP Plan

The Risk Has Grown

The threat of an EMP hasn’t gone away. In fact, I’d say it’s higher than ever. As our enemies around the world look at the growing interest in EMP preparedness that has risen over recent years (before the pandemic), it seems to me that they would have to see that their time is running short. If they ever intend to use an EMP against us, it will have to be soon, before we’re ready for it. 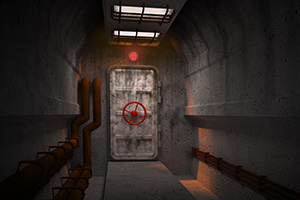 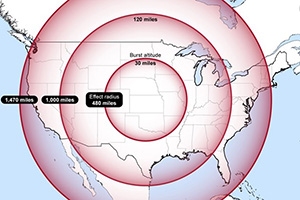 Those enemies do exist. North Korea and Iran have both clearly expressed their intent to destroy the United States and have both openly talked about using an EMP to do so. We know for a fact that North Korea has the missiles and the nukes to stage such an attack and Iran is hard on their heels to develop the technology. If rumors I’ve heard are true, North Korea has even given them some technical advice, helping them to further their program.

Then there are the big boys; Russian and China; both countries with imperialistic ambitions, which have been largely thwarted by the United States and our commitment to maintaining the integrity of existing borders between countries. Our relations with both countries have been slowly declining, lessening any perceived reason not to attack us in this way.

Should either of those countries decide that it is in their national interest to take the United States out of the way, they would most likely work through some surrogate, like the abovementioned rogue nations or even a terrorist organization. They’ll do that to give themselves credible deniability on the world stage, with the idea of eliminating any retaliation from our allies. 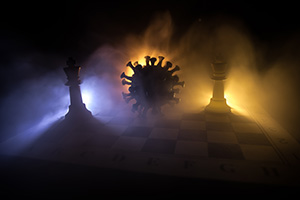 With so much government focus on the things that are going on in our nation today; COVID-19, riots and the elections, strategic surprise would be easy to achieve. That’s essential in pulling off such an attack, and even more critical to help avoid the United States retaliating against whomever fomented the attack. As much as our enemies might hate us, they don’t want to die in the process of trying to destroy us and our way of life.

At the same time, there have been more and more cybertattacks on our electric grid. While these have caused minimal damage, each of them is teaching our enemies more and more about our weaknesses and vulnerabilities. That knowledge could help lead them to the ability to combine cyberattacks with an EMP, especially if they are unable to take out the entire country’s grid with one explosion.

The Damage Could be Even Greater 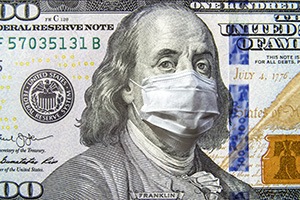 From the viewpoint of the average American, an EMP attack could have even graver consequences than it would have had in 2019. Our nation is still reeling from the financial impact of the COVID-19 pandemic, as is the rest of the world. Millions of people are still laid-off from their work, and millions of small business have either declared bankruptcy or are on the verge of doing so. Even major retail chains have suffered, with dozens closing stores and claiming bankruptcy.

What that means is that a large portion of our population is suffering financially. They don’t have the reserves they normally would, no matter how meager those might be. Should an EMP hit, there is less those people can do to take care of themselves, because they don’t have the resources.

Of course, our society is trending more and more that way anyway, because of a greater dependence on the government to help us out in any emergency. While that help is nice for those who receive it, it’s a bit like feeding the bears in Yellowstone Park. Eventually the bears forget how to forage for food, just like a lot of people are forgetting how to earn a living for themselves and meet their own needs.

But the government is less prepared to help We the People than they have been in years. All the disasters over the last decade have bankrupt FEMA, the government’s disaster relief arm. They are far from ready to provide the aid that people will need in the wake of that EMP. 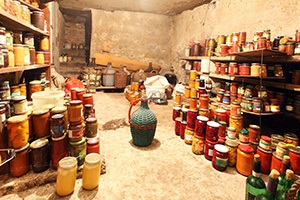 There’s also an aspect to this year which affects the prepper community. While we pride ourselves on being ready for any emergency, 2020 may have drawn down on our reserves, especially those of us who have been laid off due to the pandemic. Unless we have had the finances necessary to restock, now that the grocery stores are full again, many of us have holes in our stockpiles. Those holes could play a significant role in our ability to survive in the wake of an EMP.

We need things to settle down a little, so that we can get our perspective back and prepare for the next disaster. But 2020 doesn’t seem to want to let us do that. So we’re just going to have to pull ourselves up by our bootstraps and get ready. After all, we still don’t know what disasters the rest of the year has in store for us and there’s no guarantee that 2021 will be better.

Make Use of that Time 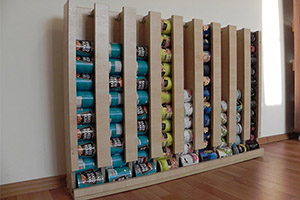 COVID-19 has put a lot of people out of work in the last few months, while many more of us are working from home. We’re not going out as much either, due to businesses being closed and the need for social distancing. With all that, most of us have time to get those prepping projects we’ve been wanting to do out of the way.

Granted, if you’re out of work, you’re probably out of money as well. But chances are, there are projects you’ve been putting off, which you already have the materials to do or which don’t require any expense at all

. After all, it really doesn’t take any money to inventory your stockpile; all it takes is a lot of time.

If you’re anything like me, you’ve got material sitting around for projects that you’ve never been able to find time to do, as well as projects that you started, which aren’t finished. As preppers, we are busy people, not only doing what all our friends are doing, but also taking time out of our schedules for our various prepping activities. 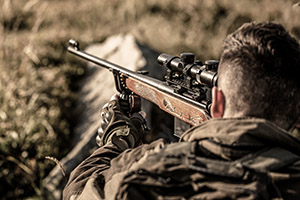 This is also a good time to learn new skills, making use of some of that extra time to practice those skills. Many skills require a considerable amount of practice, especially skills where you’re making things by hand. With the free time available from not going to all the activities we’re used to going to, there should be plenty of time to practice that new skill. I’ve been using my time that way. 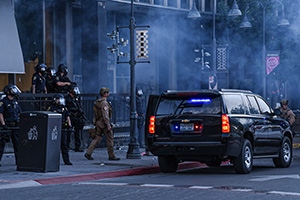 If there’s one thing that the year 2020 has shown us, it’s that multiple disasters can happen at the same time. We’ve not only had a global pandemic to deal with, but rioting in the streets, food shortages in the stores and hurricanes galore. Who would be surprised if we had an EMP before the end of the year?

What this all means is that

no matter what our level of preparedness was before, we need to up our game. COVID-19 isn’t going to go away anytime soon, so if an EMP comes, we’ll be dealing with multiple disasters at once. That means the challenges will be greater and the supplies will go faster. 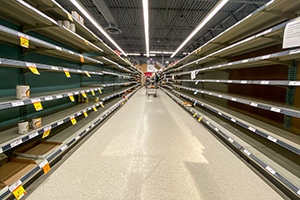 I don’t know about you, but I found that my expected use of supplies during the pandemic fell far short of what I have actually ended up using. There have been many things I’ve ended up searching for, because they ran out. In some cases I ended up making my own to replace what I couldn’t buy and in others I’ve had to do without or improvise.

In any case, I learned that I needed a bigger stockpile than I had expected. The big question is then, where else is my stockpile falling short?

We need to keep in mind that an EMP is like multiple disasters at one time, all by itself. Not only do we have to deal with the power being out, causing our entire infrastructure to fail, but there will be shortages of everything from food on up, as stores run out and resupply becomes impossible.

Prepping for an EMP is a Good Framework 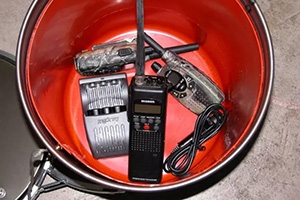 I’ve used an EMP as my main disaster for preparedness planning for several years now. Of all the disasters we can face, it’s probably the biggest; and while it doesn’t contain all the elements of a pandemic, it does include all the elements of just about any other disaster you can think of.

What that means, is that by prepping for an EMP, we are successfully prepping for pretty much any other disaster we’re that’s going to come. Does it guarantee that our preps are perfect? By no means; we can always miss things. But as time goes on and we continue reevaluating our level of preparedness, we’ll find more and more of the holes in our plans, giving us time to improve.

If we aren’t taking the time we have available to us right now, to review our level of preparedness, especially looking at an EMP, then we’re missing the opportunity to make our families more secure. Someday that will make a difference, whether it’s for an EMP or some other disaster.

14 Preppers Speculate What an EMP Would Look Like in America