Editor’s note: This article was written by Maybell Nieves, a professional physician from Venezuela.

As a professional physician having always lived in a big city, I never imagined that at some point in my life, the social and economic situation of my country, Venezuela, would lead me to learn and use survival skills that I had read about but never even thought of applying.

Without being in a declared war or a formal armed conflict, we have experienced different situations of chaos for about 10 years in Venezuela. But in the last three years, the country has become a true SHTF scenario, where the only way to move forward is to learn how to survive.

I feel that the lack of food, clean water, and, at the lowest point of the situation, electricity, has given me new skills that have undoubtedly prepared me for any catastrophic situation.

After three years in this contingency, I can now share every situation that took me by surprise and the techniques I had to learn by doing.

There is no such thing as “too much” stored water 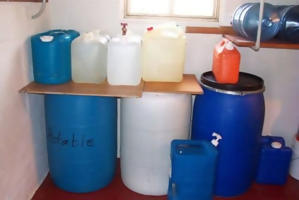 Water is one of the most important resources we need for life. Unlike other supplies, it is not interchangeable with another product, and to be ingested, it must go through a purification process.

I have never been prepared for a water shortage before. Now I know it is important to keep water stored safely in closed containers. If water is not drinkable, it must be purified before ingesting it since contaminated water can cause serious gastrointestinal diseases.

Water is not just for drinking but is used in many other activities, such as cooking and cleaning, so I had to learn some purification techniques that can be done at home.

One of the most popular techniques to decontaminate water is to boil it for three minutes. Purification tablets are also very useful, not that expensive, and easy to use.

Adding five drops of chlorine per liter of water as an emergency measure is another way to clean the stored water.

Grains are my friends

To eat properly, it is necessary to consume proteins, fats, and carbohydrates.

The moment I realized that animal protein was scarce—in addition to the fact that the electricity problems spoiled it—I had to investigate the nutritional content of other foods in order to keep myself well-fed.

Lentils are grains that are easy to store, non-perishable, and high in protein. Together with a cereal like rice, they make a complete meal that keeps us well-nourished and in good health.

Let there be light: candles, matches, flashlights, and batteries 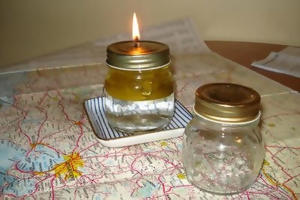 After spending more than four hours without power, I began to worry. I had some candles saved, but I did not know where they could be. I also had a couple of flashlights, but I had removed the batteries to prevent them from being sulfated.

Candles and matches must be in several easily accessible places. Likewise, the batteries should be in the same place where the flashlights are kept, and we must be sure that they have a charge.

During this year, the country suffered the most serious electrical crisis. In several areas, there were blackouts of up to five days.

After a couple of days without electricity, the candles will not be enough, so learning to make oil lamps becomes a vital skill in this situation.

The lack of electricity can lead to a state of anguish that grows with the passage of time. It is important to do everything possible to minimize that effect.

Related: How To Make 30 Hours Survival Candles with Soy Wax

Be prepared with medicines, but it’s better to learn from nature

Due to my profession, I am always very attentive about keeping basic medications, such as anti-inflammatories, analgesics, and antibiotics, in the cabinet.

When I had to live in an SHTF situation, my medical supplies became insufficient, and I couldn’t find any in the pharmacies or they were too expensive. So I had to learn a little more about natural medicine, its uses, and its benefits.

I must say that this is one of the most important things I learned during that time.

Many anti-inflammatory drugs and synthetic analgesics damage the stomach mucosa as a side effect. In situations of stress, there is a large production of acids in the stomach, so using drugs that further damage this organ is not the best idea.

Roots such as ginger and turmeric are excellent anti-inflammatories. They are easy to get and easy to store. Likewise, garlic is a potent analgesic.

In the case of presenting wounds or cuts and not having antibiotic ointments, honey, ginger, and cloves are foods that have scientifically proven antibiotic properties.

Chamomile and lavender are natural relaxants and help fight stress and insomnia.

No matter how big the supply of medicines we have, it will always be more economical, favorable, and easy to store the natural product, with equal and, in some cases, greater effects.

Banks have made life easier for us with the use of debit and credit cards. However, there are situations in which having a lot of money in the bank does not help much, and I learned it the hard way.

When there is an electrical fault, despite the fact that light and other electrical services have been restored already, the digital communication of the points of purchase become so affected that it is impossible to buy anything in this way.

For this reason, I understood that it is always important to keep some amount of cash for this type of contingency.

Take advantage of any time you get to replace supplies

Although during those years I did not have to be locked in a bunker without being able to leave, the feeling of confinement was quite similar. When, in spite of having the money, you can’t find what you need to eat or, despite having a private vehicle, you can’t move for lack of gasoline, the situation becomes desperate.

I understood that in those moments in which there was an opportunity to replace the supplies I had at home, especially water and non-perishable food, I had to do it.

The situation in my country has improved. Although still not at the best economic and social level, and with many problems of scarcity and lack of some supplies, society has been regularized.

However, I appreciate the years that taught me these valuable lessons that I still apply.

The most important thing I learned was to be prepared for when an SHTF situation strikes again.