When To Speak To The Police, And When To Shut Up

When To Speak To The Police, And When To Shut Up

There have been over 300 victims of shootings in NYC in a month’s time. This is up 3-fold from the stats from the same period in 2019. People know that policing has changed drastically, and the worst elements of society are taking full advantage of this.

In our brave new America, it is hard to know where you stand. The ground underfoot is unsure, and the culture is changing rapidly. If you find yourself standing before law enforcement do you know the best course of action? Do you know when to speak and when to dummy up to protect yourself?

Cops are people. Never forget that. They show up to assess and enforce the law. There are many people who have wound up in custody when they shouldn’t have. Much of it has to do with simply saying too much or communicating the wrong information.

Now we have a world movement that is attempting usurp the constitution and its vast protections. We could stand to lose everything if we go the route of a one world government or a coalition of nations woven together by big tech and socialist ideologies.

We do not have to talk to the police at all. We can simply comply in silence. In most cases it’s just easier to go along and get along. If you were speeding than be cordial, give them what they ask for and pay your fine. You broke the law.

However, things can get more complicated in matters of false accusation or self-defense. In those moments you might choose to evoke the powers of the 5th Amendment. Which states:

“No person shall be held to answer for a capital, or otherwise infamous crime, unless on a presentment or indictment of a Grand Jury, except in cases arising in the land or naval forces, or in the Militia, when in actual service in time of War or public danger; nor shall any person be subject for the same offence to be twice put in jeopardy of life or limb; nor shall be compelled in any criminal case to be a witness against himself, nor be deprived of life, liberty, or property, without due process of law; nor shall private property be taken for public use, without just compensation.”

To further drive this home let’s look at few situations where you can effectively communicate with police and some circumstances where you are better off just shutting up and letting the law work or lawyer up to protect yourself.

DON’T SPEAK: When You Are Nervous 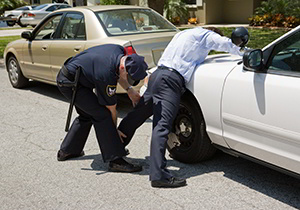 Police must gauge people in high stress situations, and they are trained to recognized strange behavior.

Some people get incredibly nervous when they interact with police. People who are sneaking things and doing bad things can get nervous and act strange when confronted by the police, too.

They cannot know which type of person you are in the seconds after they pull you over. If you are nervous and you are fumbling over your words, limit way you say and do your best to comply with reasonable requests.

DON’T SPEAK: If You Don’t Know Where You Stand 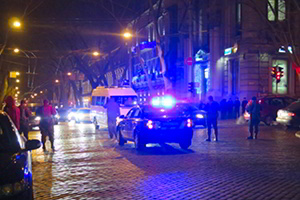 In a simple traffic violation, you know where you stand. Your light is out, you were speeding, or you got caught searching on your phone instead of paying attention to the road. It’s pretty cut and dry even though many people still argue with police in these moments.

What is much more alarming is when you find yourself standing before a police officer without knowing why they have shown up or what you have done.

This could happen for lots of reasons. A malicious neighbor might have called the cops to your home for a loud party you are having, you might fit the description of someone who they are looking for or you might have just strolled into a crime scene at the wrong time.

Related: How To Become Invisible In A Crisis

DON’T SPEAK: If You Are Called in After the Fact 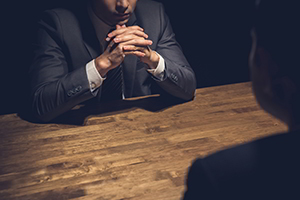 If you find yourself in a police station answering questions as more than just a witness to a crime, you need a lawyer. You are on the verge of becoming a statistic.

Remember, police are interested in enforcing the law and putting cases to bed.

If you start talking and suddenly fit the bill you might already be a suspect and your words could incriminate you even further.

DON’T SPEAK: In a Self Defense Scenario 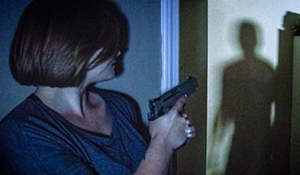 If you have just experienced a violent scenario where you were forced to protect yourself with your fists, a knife, a gun or some other kind of weapon, you need to focus on calming down, above all.

You are in no condition to start explaining why you used your firearm or how the attacker approached you.

While we like to believe that simply defending ourselves is a protection awarded to us by the law, most states have some hoops to jump through before you can physically harm another person in self-defense. Particularly if firearms and death are involved. Wait for your attorney on this one.

Related: 10 Most Likely Ways You Can Die During an Economic Crisis

SPEAK: If You Are a Witness 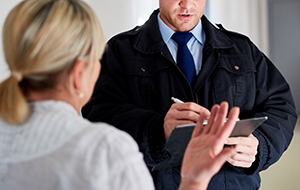 As a witness your words hold weight with police. This one can be a little tricky depending on the situation but in many cases eyewitness reports are valuable. This can be especially true if there are limited witnesses.

In my opinion this is part of your civic duty.

SPEAK: To Announce your CCW 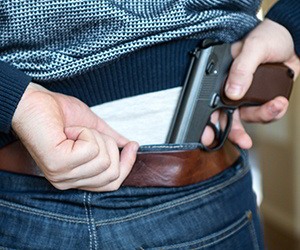 Always announce you CCW. Be truly clear and assure the officer understands what you are saying. In most cases the police officer will ask you to put the gun someplace safe or, if its in a bag, will move the bag to the trunk of your car.

This is for both of your safety.

SPEAK: To Be Cordial and Respectful

This was lost on people even before this current cultural revolution against law enforcement. People don’t like to be told they are wrong, even when they are wrong!

I always try to be cordial and respectful to police. I am not a big fan of authority figures and never have been. Still, I understand the struggle. I understand the risk in what they do. Most importantly, I understand that they are people just like you and me and if I pulled someone over for running a red light I would want a society that is mature enough to admit they were wrong and move on while simply being decent.

It is hard to know what the future of policing might look like. In many places where the police are needed most, they have been massively defunded. No one has really been clear about what this kind of defunding will do to police capabilities.

In all the funk and the whirlwind of this cultural revolution you will likely have an interaction with police. We are preppers. You should not be surprised by how you act in almost any situation. Interactions with police should be mostly cordial.

No matter where you fall on the police debate there will be times that you should hush up and go with the flow of the officer. There will be times when your freedom might depend on you being quiet and waiting for an attorney. For the most part, though, speaking with cops on average is just about being polite and respectful.