Do You Know Your Rights Under Martial Law

In 1861, following a riot and the destruction of the transportation system Abraham Lincoln enacted Martial Law in Maryland. 12 voters from the General Assembly were arrested and prevented from voting on secession. The scars of the civil war are so deep that many of them are hard to believe. Its very hard to understand the necessary evil that was required to keep the nation whole.

We have seen glimpses of what Martial Law might look like in America. After the nightmare of Hurricane Katrina, the desperate people of Louisiana had to deal with the threats of looters and hand over their guns to armed police. Curfews were put in place and, in my opinion, it made a bad scene even worse.

We are fast approaching the 2020 Election and there is a lot of talk about radical action leading up to and after the results of the election. If we see a new level of civil unrest and disobedience, flavored by extremist violence, will we see some form of Martial Law in our biggest cities?

What Do You Lose Under Martial Law?

It’s been said many times, many ways, Martial Law is the suspension of most of your rights under a regional military leaders’ rule.

From the moment it was enacted in the civil war, all the way to 2005 Martial Law has been used sparingly in times of disaster and rebellion. It was part of the war of 1812, the San Francisco Earthquake of 1906, the Dock Workers Strike of 1934 and even Hawaii was placed under Martial Law after Pearl Harbor.

While these instances were swift, Americans will never come to grips with the idea of Martial Law. Even if it results in turning chaos into order. That is because the sheer loss of rights under this militaristic rule are many and are invasive.

Worst of all, it’s a situation that has the potential for radical corruption and abuse of power.

In Martial Law the suspension of many, or all, of your constitutional rights is possible.

In 1863 Lincoln imposed the suspension of habeas corpus through a congressionally authorized martial law. However, that wasn’t the last word on the subject. Through checks and balances, the president’s proclamation was opposed, and the Supreme Court ruled it unconstitutional.

While this might sound like a victory for the people, this small battle was far from over. What happened next is a very important lesson on government overreach.

The counsel for the US swayed the court and the man who brought the issue to bear, Lambden Milligan, was sentenced to be hanged. Milligan was tried by the military commission under the current Martial Law.

Milligan was not going to go quietly into the night and petitioned the circuit court arguing his arrest and conviction were all unconstitutional. This put an end to military leadership being judge, jury and jailor in a Martial Law situation. 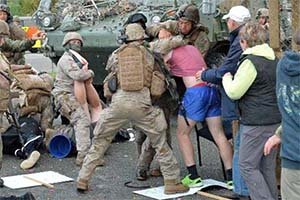 While the average American loses more rights than they retain in Martial Law, this standout circumstance assured our constitutional right to our day in court. Of course, nothing is set in stone and you could still be arrested but likely not sentenced in Martial Law.

Martial Law is a Numbers Game

Remember, Martial Law in the America is about regional tactics. It has been successfully implemented on regional levels in this nation to stop unrest and aid in recovery from disasters. In small areas the numbers are on the side of the imposing force.

In these circles there is this idea that the whole of the nation will be subjugated to Martial Law. This makes for fear inducing YouTube videos and blog articles, but the reality is there aren’t enough soldiers, police, national guard members or even hired heads to conduct a nationwide Martial Law. Keep that in mind.

There are 1.2 million people in the city of Philadelphia alone. Do you know what kind of presence it would take to place the entire city under Martial Law? That is not to mention surrounding suburban areas and counties. Some counties outside of Philly have as many as 500,000 people in them or more!

Now consider the numbers if we added NYC, Chicago, Boston, Miami, Austin, LA and Phoenix. That is nearly 20 million people in those 7 cities alone. It’s a numbers problem. There is no force capable of inducing something like Martial Law on a National level.

If it got to the point where foreign armies were being brought in by the government, then that is no longer Martial Law. I say to you, that is war by any definition.

There are two great ways to avoid Martial Law. You cannot be sure that your region will not be affected by a disaster that could create calamity. However, there are some steps you can take to make it less likely.

In large scale disasters, small cities and towns will be last on the list when it comes to Martial Law. These areas will struggle with the same number issues we mentioned earlier. They do not have an unlimited number of resources to pull from.

This means locals will likely take action to restore order, with the help of the police. 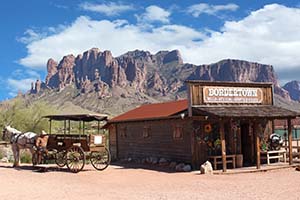 If you wanna take it even further, get away from people altogether. If you live in a rural area where town is a bit of a drive, well, you will never see Martial Law. NEVER!

There is no benefit in rolling the military into a stretch of road that is 5 miles long and has 4 neighbors on it. There is just no reason for it, and it will never happen. At most, you might get a knock on your door from the sheriff and he will be asking you for help in town.

Looking at the clock and worrying about curfew is not going to be fun for anyone. Hiding your guns, because you damn sure aren’t giving them up, is also not going to be a good time. However, that is what could be and what has been in Martial Law in the US.

Understanding your position and the population density in your area will help you understand your risk.

Maybe it’s time to make a change in terms of your living circumstances! If you are hell bent on avoiding Martial Law at all costs, it can be done. Remember, this is merely a numbers game and a population game.