As the clock keeps ticking on, I find myself getting closer and closer to retirement age. While the issue of whether or not I ever will fully retire is something yet to be determined. But I’m pretty sure that I will at least slow down and not be working 40 plus hours per week.

Of course, me being me, I’ll never retire from being a survivalist. That’s too much a part of my being now, after 45 years, to give up on. So whatever form my retirement or semi-retirement takes, it’s going to look more like a permanent bug out, than anything else. A very high priority for me will be to go somewhere that I can establish as much of a sustainable, self-sufficient lifestyle as possible.

With that in mind, I’ve started looking around to see what’s available. I’m not talking about specific pieces of property or homes, but rather what parts of the country I would choose as a good place to live out the rest of my days in. I want a combination of comfort and security, hopefully with a reasonable cost of living.

With that in mind, I’ve come up with a few criteria:

Of course, all of those things are relative. Low population in the eastern part of the country is totally different than low population in the Midwest and West. Nevertheless, the idea is to find an area which meets those basic needs as much as possible. Here’s what I’ve come up with: 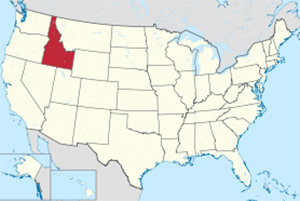 Idaho is actually one of the few states I’ve never visited; but I felt that I had to use it to start this list. In many ways, Idaho is one of the most perfect states for the criteria I have laid out.

The population of the state is fairly low, giving a low cost of living. Yet there is plenty of rainfall, making it an easy state to grow food in. However, I’d avoid the most southern part of the state, because it is drier there.

The one thing that Idaho has going against it is that it is so far north. The growing season in Idaho, as well as some of the other states I have on my list, is pretty short. That means growing in underground greenhouses, probably with geothermal heating to boot. Putting up with the cold will be a challenge; but fortunately I like the cold. 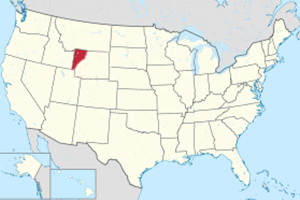 I’ve spent a fair amount of time in Wyoming, although I’ve never lived there. More than anything, it’s a ranching state, raising cattle for beef.

As with many other ranching states, like Texas, there really isn’t enough rainfall for growing crops in much of Wyoming.

However, the Northwest part of the state has good rainfall, so it would be good for raising food in. The population is still low there and the cost of living is reasonable.

There is a drawback to this part of the state. That is, this is where Yellowstone National Park is. In other words, the Yellowstone Supervolcano. So if you’re worried about that volcano erupting, you may want to consider somewhere else. 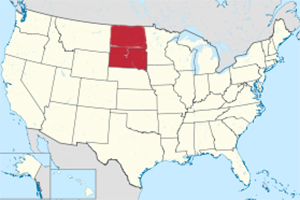 The Dakotas, as they are known, are sparsely populated states, which are mostly agricultural, with some ranching thrown in.

There’s more rainfall in the eastern part of the states, but there are more rivers in the western part. So it seems that whatever part of the Dakotas I would retire in would have good water sources to meet my needs.

These states are pretty conservative, with a fairly low cost of living. But just like Idaho, they are far to the north, so we’re talking short growing seasons and cold winters. While those can be dealt with, it will be hard to live there without proper preparation. 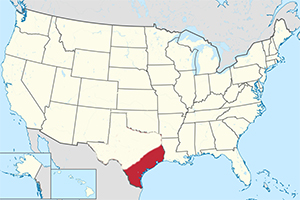 I currently live in Southeast Texas, so I know this area the best of any of them. While I’m looking at other places to retire, I may just end up staying where I am; or at least staying in this area.

Once you get out of the bigger cities, the population is reasonable. Cost of living outside the cities is good too. In fact, the Rio Grande River, where I used to live, is one of the cheapest places to live in the country.

Being so far south, Texas has little problem with winter. There has only been one Christmas snowfall in history, in the Rio Grande Valley. The trick here is growing things. You can grow year-round, but have to be careful about the hot summers. I’ve lost more than one plant to nothing more than heat.

Water can be a real issue in much of Texas. I won’t even consider the western part of the state for that reason. There’s lots of cheap land out there, but almost no water to speak of. On the other hand, the gulf coast of Texas has a number of small rivers leading into it. The trick then, is finding a piece of property which allows access to those rivers, either on the surface or through a well. Rainfall alone isn’t enough to count on. 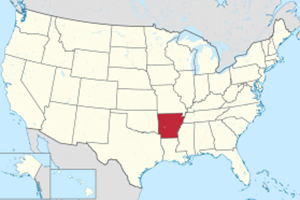 For some reason, people make a lot of fun of Arkansas, but the state has a lot going for it. Most of the state is hilly, with plenty of rivers and good rainfall.

It’s also one of the cheaper places in the country to live. For anyone on a retirement income, that’s an important consideration.

Another nice thing about Arkansas is the climate. It’s not so far south that heat is going to be a major issue, but yet is far enough south to avoid the harsh winters of the north. Although the overall population density of the state is higher than anything we’ve looked at so far, there are still plenty of places with tiny towns and sparse populations. 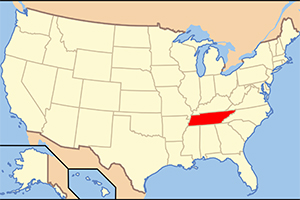 Tennessee probably has the highest population density overall of any state that I’ve mentioned here in this list. However, that population is mostly limited to the major cities.

It is a mountainous state, with the mountains being sparsely populated. There are many places you can go, where you can still find wide-open land. Cost of living varies throughout the state, so you’ll have to be selective.

As a growing state, Tennessee is a mixed blessing. One of the things that stands out is that the state is extremely green. That’s because of the high rainfall. But remember, that rain is falling on mountainous terrain, which is difficult to farm. But then, we’re not talking about actual farming, but rather growing our own food. So with that in mind, Tennessee is a winner. 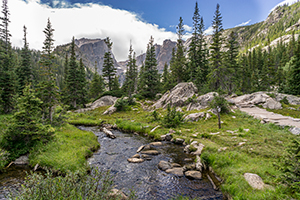 I grew up in Colorado and spent much time in the Rockies. That probably has a lot to do with why I’ve included it in this list. If I could pick one place where I’d like to retire, it would be up in those mountains.

There’s just one problem with that; Colorado is the most expensive place I’ve picked on this list. Mountain property is expensive, even if though is sparsely populated.

Colorado may not be a good place for growing food… at least not in the mountains. The eastern part of the state is all farmlands. But it’s a great place for hunting; as are pretty much all the other states I’ve mentioned here. So, even if it isn’t perfect, the state has a lot going for it.

So, Where Would I Pick?

I’ll have to admit, the jury is still out on my own decision. As of this time, my top picks are either to stay here in Texas or move to Arkansas. I’d like to move up north to the Dakotas, or even to Idaho, but the cold weather has me concerned. While I can handle the cold well, my wife can’t.

The other problem with that cold weather is growing enough food. I wrote recently about a retired man who is growing citrus in Nebraska, using underground greenhouses and geothermal heating. That’s what it would take to grow enough food to live. While I’m sure I could do it, I’m not sure I’ve got enough money to invest in building those greenhouse and getting them running.

Part of my decision is also one of proximity. If I buy some property now and start preparing for my retirement, that property can also be my bug out retreat. I’ve got my eye on a couple of small towns here in Texas, which I think would be very nice to retire in. They meet all my criteria, are close enough to be good for bugging out to, while still being far enough away that I won’t have to worry about them being affected by anything that hits my home city.

So, which one would you pick?