The Safest Zones in the US

The Safest Zones In The US. Do You Live Near One?

You might be looking at your nation a little differently lately.

There have always been dangerous neighborhoods and boroughs. Places like Compton, Kensington, and Camden might come to mind when you think of places that have a reputation for crime. Some of these areas have actually improved from when I was child. However, there are lots of places all around this nation that have been dangerous and many that are getting worse.

The move towards lawlessness in many of our biggest cities has been brought on by the current attitude towards police and police funding. As states bandy about the issues and people worry about things like natural disasters and economic decline, many have moved or considered moving.

What are the safest zones in the US?

There are safe havens all around this nation. There are places that have historically had low crime and great community cohesion. The key in most of these cities and towns is ownership and loyalty. Most often transient places are dangerous, and people are more likely to commit crimes in these places.

Let’s look at some of the safest cities and towns in America: 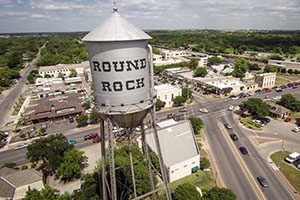 With a population just over 100,000 this smaller town in Texas is a very appealing place for preppers to live. It is also a very safe place with a median income of $70,000.

The low poverty rate in Round Rock has much to do with the safety and security of this Texas town. 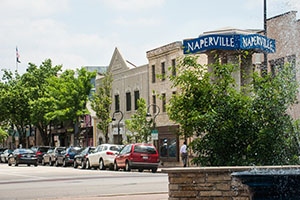 This Chicago suburb is a gem in an area that most people would not expect. The River Walk is an important part of Naperville, but it is hardly the only thing that this suburb offers. A population 144,000 people are a successful and well paid lot. The median household income is over $100,000.

The safety of Naperville could also have to do with the tremendous outdoor opportunities. With over 130 parks and 2 public golf courses, there is nearly a park for every person! 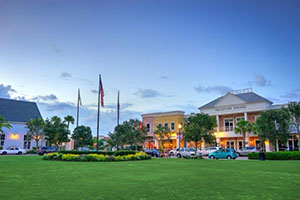 If you are going to pick a new safe place to live, why not consider a place where the weather is wonderful! Along the southern coast of Florida Port St. Lucie is a beautiful tropical zone with $169,000 a year median income.

You will have to be prepared for hurricanes. An evacuation plan is needed as the southern coast of Florida is at risk during hurricane season, but we are preppers!

You will not have as much to worry about when it comes to violent crime as there are just 115 violent crimes per 100,000 people. You will love near breweries, botanical gardens, preserves and marinas. Great fishing on the coast, too!

Along with safe cities and towns America also features some great regions to setup a life that are far away from some of the biggest threats. Remember, people are only one threat. Mother nature can have a devastating affect on the North American continent and has done so in the past. From massive super volcanoes to devastating earthquakes

What are the safest regions to survive massive cataclysmic disasters? 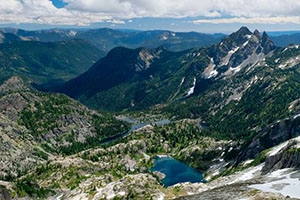 Deep enough inland and high enough up to counter things like flooding and tropical cyclones that affect the West Coast. The cascades are loaded with resources for survival like water, food, and wood. They are a beautiful backdrop to deal with the post-apocalyptic world and far enough away from southern California to inherit any of that mess.

The northernmost portions of the Cascades are even located in the American Redoubt, which we will discuss later in this article. 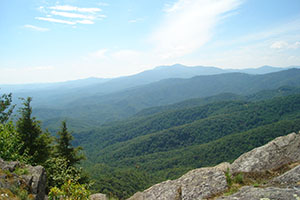 Another range of mountains that offer similar benefits as the Cascades. This east coast mountain range covers several states, has plenty of food, water, shelter, and game animals. Covering the land by food would not be easy but the seclusion from the chaos would be well worth it.

Because of elevation and distance from the coast there are almost no threats of flood, tsunami, or hurricane in this region. There is little seismic activity in the area.

West of some particularly important and sizeable cities, the Blue Ridge mountains could become a safe haven for millions of people in the very worst case scenario. That is the only weakness of this location. 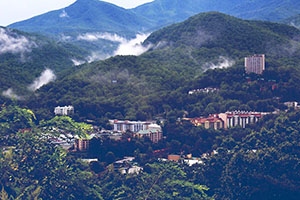 Further west still, on the other side of the blue ridge mountains in the region of Appalachia which runs from New York to Mississippi. This is another great region to consider because of its sparse population compared to the coasts. Its quick access to the Blue Ridge Mountains and safety from most major disasters.

Are you looking for even more benefits? Maybe you want the people and the safe places. There is nothing wrong with that. Around the nation there are several places that have not only been deemed safe and pleasant but are also filled with preppers!

Yup! The self-reliant and independent have taken up refuge in a few spots across the nation. They are often looking for more friends like them to build their prepper community. These areas are not just filled with preppers but are in rural areas where other people are as self sufficient as the prepper community. 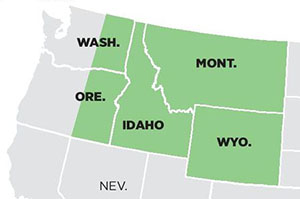 In 2011 James Wesley Rawles proposed Idaho, Montana, and Wyoming as the American Redoubt. The Redoubt also encompasses the eastern parts of Washington and Oregon. It is unclear how many people have moved to the American Redoubt with the intent of stockpiling, prepping, or homesteading for the long haul.

However, there is a small community of voices from Rawles, to John Jacob Schmitt, to the American Christian Network, that will align with much of what you believe. It has been estimated that thousands of people have moved to these areas as a safe haven from the growing turmoil of our world.

Because of its low population density and impressive access to resources, as well as low threat profile, as long as you can stay warm in the winter, the Redoubt has some tremendous benefits. You will also have plenty of wide open space so if you don’t align with everything Rawles proposed you can do your own thing and be just fine! 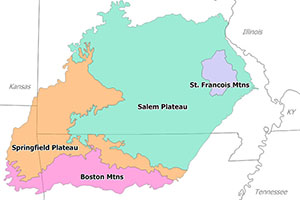 The Ozarks are more of a plateau than a mountain range with some of its tallest peaks between 1-2000 feet tall. Because of its location in the nation and its elevation, it has a tremendous amount of benefits to the average prepper looking for a safe zone.

The Ozarks are not affected by things like floods because of the elevation, it has this elevation without snow because it is in the south. It does not face any kind of earthquake threat, hurricane, or forest fire. There is a long growing season that features lots of rain.

Pastor Joe Fox of Viking Preparedness has been expanding his Shofar mountain and influencing preppers for many years to make their way to the Ozarks. COOHMP or Come Out of Her, My People as taken from the book of Revelation. A growing prepper stronghold has taken root in the Ozarks making it a wonderful place to move and a very safe region.

Also, those who are not preppers in the Ozarks are looking to do their own things and basically be left alone. So, it is a sentiment we can all understand!

Related: Urbanites Moving To Rural Paradise Ruining It For The Locals

We live in a MASSIVE nation full of all kinds of opportunity. There are areas that are incredibly dangerous, but the reality is we have a lot of wide open spaces that can be whatever you want them to be!

Did you know there are even some places that will give you free land or pay you to live there! If you aren’t tethered to a location than you can take advantage of the areas, we mentioned. However, you should arrive there and become a part of the community. This is particularly important. You can never know the full potential of any area unless you integrate and become a member of the community.

Go forth and choose your destiny!

How to Get a Cheap Survival Shelter and Bug Out Location

The Best States To Live In When A Pandemic Strikes