People from the city regions with their urban ideas can make it difficult or disrupt the way of life for those who live rural. What do I mean by that?

In my view there are two primary contributing factors:

1. The cities constitute the political direction of a region. Even a state. This widely affects laws and regulations for everyone.

City Ideas Upon The Rural Natives

2. Urbanites who move to the hinterlands (or have a second home there) often bring their city ideas with them. And usually those ideas are diametrically opposed to that of the natives.

It’s evident that people living in most large cities maintain a very politically liberal outlook. I asked that question a few years ago in an article titled why are so many big cities in the united states – liberal?

Mostly, it’s a ‘culture thing’. People in the city are brought up a bit differently versus the upbringing in rural regions. Some out of necessity.

Cities are 100% dependent. Everything needs to be brought in. People in large cities have more of a mindset to depend on others. Many of those who live rural are also dependent these days, although to a lesser extent. They have options to be more self reliant if they choose to (e.g. more land, more ‘know how’ in the region).

It seems the bigger the city the more government dependency for many things such as public transportation, law and order, and many other services (including handouts). Cities require more ‘group think’. Rural living requires little government involvement. There’s much less crime, fewer services (which demands more self reliance), and not much need for ‘group think’.

City regions breed dependency and the attitudes thereof. Rural regions demand some extent of self reliance, which breeds personal responsibility. It is ingrained in the character of the population.

Side note: Top Conservative And Liberal Cities In The United States

Rural America is not really being effectively represented.

The district maps are supposedly drawn up to balance population versus congressional representation. If you live in a region like where I live, the geographical rural area is very large compared to the small region which contains the ‘big city’.

The problem is, much of the money comes from the city. And people won’t get elected if there’s not enough money. Politicians will cater to the city regions where the money is. The city regions are notoriously left/liberal. Therefore rural representation (typically conservative) continues to diminish in my view.

Campaign finance reform? Right. I’m not holding my breath on that one. It’s always about the money. It will continue to be about the money. The big money comes from the cities. The cities breed leftist ideas.

Side note: Cities Are Artificial And Only Exist At The Expense Of Resources From Elsewhere

Suburbs & Rural Paradise Being Overrun By Exodus Out Of Blue Cities

This is happening a lot. People who either move away from their leftist city, suburbs, or regions, they are bringing their attitudes with them.

City dwellers and the regions thereof tend to have more money. Some of them buy vacation homes or 2nd homes in ‘rural paradise’.

I happen to live in one of those ‘rural paradise’ regions (at least in my own viewpoint) and have witnessed this happening here. In fact there’s one particular recent encounter that actually inspired me to write this article…

I live in the mountains. We have one of the best regions and trail systems for snowmobiling in the nation. It’s part of the motorized sports winter culture here, similar to our ATV trails during the summer.

Without giving too much away, I am integrally involved with maintaining a portion of snowmobile trail system near the Presidential Range in New Hampshire. A beautiful scenic area.

Anyway, one little slice of our trail system shares a private roadway on one of these scenic roads with crazy views of the mountains. The road has been slowly developed with some beautiful homes/cabins along that view. Well, one of those places was bought by a leftist couple from Connecticut. They apparently bought it for the view, NOT for the culture of the region.

They have taken it upon themselves to harass us and complain about snowmobiles going up the road (shared by all the homeowners there), even though our club has also shared that road’s right-of-way for many years. I have interacted with them and they are in a word, ‘nasty’.

SO TYPICAL…
It’s so typical of those who bring their politics with them from the city. They will not conform. They will not integrate or assimilate. No. Instead they try to change the way the natives live. It’s unbelievable.

They often have very loud voices in that they will complain to the entire hierarchy trying to get their way. Some of them enter the system of government and start making changes. It’s like a cancer.

Where Is It All Headed?

There are lots of profound ideological differences between people today. It seems to be an increasing challenge to ‘get along’. Maybe there’s just too many people. It really is about that, isn’t it? When it comes down to it, it’s population density and the sheer number of people living in proximity. Life can be quite different between the city dwellers and the country folk…

This article was gladly contributed by author Ken Jorgustin from modernsurvivalblog.com 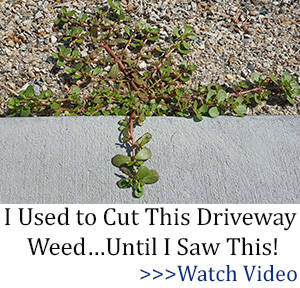 What Is The Closest Amish Market To Your Home