The Best States To Live In When A Pandemic Strikes - Cover

The Best States To Live In When A Pandemic Strikes

In October of 1347, 12 ships from the Black Sea docked at the Sicilian port of Messina. The people who were gathered on the dock were shocked to see over half the sailors laying on the decks of those ships, dead. Even though officials ordered the ships back out to sea immediately, it was too late. The Black Plague had landed and would ravage Europe over the next five years, killing over 20 million people.

The Black Plague was a bacillus, a rod shaped bacteria. Today, we’d be able to battle this plague with the antibiotic streptomycin. But in the 14th century they not only didn’t have antibiotics, they didn’t understand how bacterial diseases were spread. The people of the world were helpless in the face of the deadliest disease that had ever struck.

Even though medical science has a better understanding of the spread of disease today, there are still diseases which we are largely helpless against. Antibiotics work well against bacterial infections, but they don’t do a thing against viruses. Hundreds of millions of people become infected with influenza per year, a viral infection, with some 61,000 dying of it, yet there is no antiviral medicine to combat this common disease. The body must defeat it on its own, or die trying.

This is why vaccines are so important. Vaccines are a less virulent form of the virus, which causes the body’s immune system to develop antibodies which can defeat it. That way, if the person becomes infected with the actual virus, their bodies are ready to defeat it.

But vaccines don’t exist for all viruses. The only vaccine that has been developed for the deadly virus Ebola will kill roughly 20% of the people who it is administered to. While that’s much better odds than the 80% mortality rate of the disease, it isn’t better for the people who wouldn’t be exposed to Ebola and contract the disease. A nationwide vaccine campaign would kill millions of people who would otherwise be safe.

Related: Top 6 Most Dangerous Medicines for People over 40; Are You Taking Any of These?

There is no magic solution for the risk of a pandemic. For some, the only reason why they will live is the draw of the cards. But that’s not saying we can’t stack the deck in our favor. Based on how such diseases spread, chances for survival would probably be higher in these states:

If there’s anywhere that you could survive a pandemic, it’s probably Alaska. This state has the lowest population density of any part of the United States. Even its cities are fairly small, with Anchorage, the state’s largest city, housing over 40% of the population, having a grand total of 297,832 people.

Of course, an epidemic could spread through those 300 thousand people, just as well as it could spread through the millions living in some of our largest cities. But there are a lot of people living in remote areas of Alaska, who don’t have regular contact with the outside world. If anyone is going to survive a worldwide pandemic, it’s these people. Some may not even know what happened to everyone else.

Surprisingly, the cold in Alaska won’t kill the pathogens that cause disease. It will slow them down, but it won’t kill them. It’s actually easier to kill those microscopic pathogens with heat, than with cold. But I don’t know anywhere in the country where it reaches 158°F during the day, not even in the summer.

If we want the lowest population, we need to move just a little farther south, to Wyoming. Like Alaska, there are a lot of wide open spaces in Wyoming, areas where you won’t see anyone for miles. There’s lots of game, ranching and farming to provide you with food. The biggest part of the state’s agriculture is in cattle, but the state is known for growing grains, hogs and sheep as well.

Of course, you need to pick an isolated part of the state to live in, if you want to avoid the disease. But there are plenty of those to choose from. Just avoid the cities and Yellowstone National Park, and you should be okay. 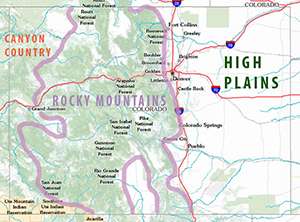 My personal preference is to ride out the pandemic in the Colorado Rockies. I’d avoid the eastern part of the state, even though it’s all farms. But there are plenty of places in the Rockies where you can hide out and not see anyone for days. This makes it a great bug out location for a lot of disasters.

Having spent time in the Rockies, I can attest to the hunting and fishing there. While you might end up competing with a lot of other people for the opportunity to hunt and fish, if you find an isolated enough area, you should be able to live off the land well, just like in Wyoming, Montana and Alaska.

Since I live in Texas, I feel compelled to add it to this list. But there are some good reasons to do so anyway, even though Texas has a huge population. But it’s a huge state, so that population is pretty well spread out, if you avoid the major cities.

There are places in West Texas where you can drive almost 100 miles between gas stations, let alone anything else. Of course, there’s not much water in those areas, so make sure you bring plenty along. You wouldn’t want to run out… especially in the heat of the summer.

What makes Texas really attractive as a place to ride out a pandemic, or any disaster, for that matter, is that it’s the number one ranching state in the nation. More cattle are raised in Texas, than the next two biggest cattle producing states combined (Nebraska and Kansas). While I doubt that any Texas rancher will be all that happy with you killing off their herd, you can probably come to some sort of accommodation, buying a steer from them.

Related: The Best 7 States to Retire In

Texas has another advantage, which it shares with its neighbors to the west. That’s lots of sunlight. Temperatures are high in states like Arizona because of all the sun they receive. That’s good, from a pandemic point of view, especially if it is a viral pandemic, like Ebola or the coronavirus. You see, sunlight, especially the ultraviolet light contained in sunlight, is deadly to viruses. So all you have to do, to keep yourself safe from infection, is to spend a lot of time outdoors, especially if you’re meeting someone.

Granted, the hot climate of the southwest is a little bit difficult for us humans to live in too, but it’s not fatal to us. We can survive it, while the viruses can’t. 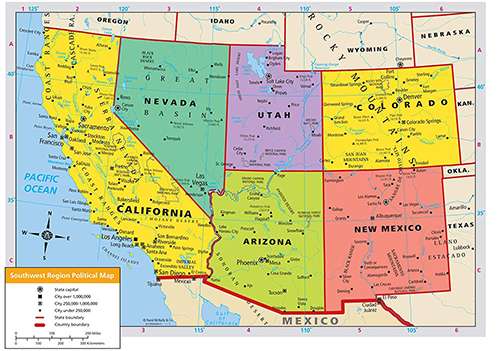 Georgia is unique in all the states, in that it is the home of the CDC, the Center for Disease Control and Prevention, one of our government’s crown jewels. This research facility will be at the front lines of stopping any pandemic that occurs, regardless of where it happens. They are the ones who will be isolating and defining the organism that causes the disease, as well as developing any cure for it.

I figure that any cure will be applied there in Georgia, near where the CDC is located, in Atlanta. That’s why I’ve placed Georgia on this list. Other than that, I’d say the state isn’t ideal, as the population is too high and it’s harder to find isolated places to ride out the pandemic. But then, I know a few good old boys who have homes stuck back in some hard to get to places. Maybe I’ll pay them a visit. 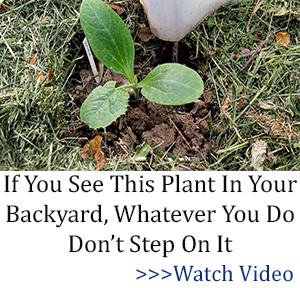