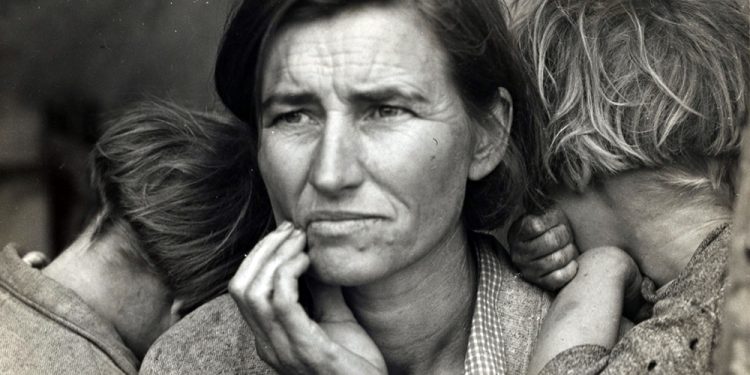 The Great Depression of the 1930s is burned into most preppers’ minds. The horror stories from that grim time are a stark reminder of how fast things can go bad, even in a country that seems rich, strong and confident – and of how bad they can get.

As a motivation to be prepared, the Great Depression takes some beating.

But what if, as well as a reminder of why prepping is a good idea, it’s also what we need to be preparing for?

Many economists believe that another Great Depression could throw the world back into the poverty and chaos of the dustbowl era, and some think it’s likely to happen this year.

Paranoid? Alarmist? Well, they have a lot of evidence on their side – too much to just dismiss.

Technically, the Great Depression lasted for four years, from 1929 to 1933. In reality, it took until 1940 for US GDP to recover to its 1929 level, and even then unemployment was still at 15%. Only the militarization of the economy for World War II finally swept away the Great Depression’s after-effects.

Related: 8 Places to Avoid After the SHTF

Is A New Depression Coming?

When the Covid-19 pandemic hit, it threw the US economy into recession in a matter of days. In the second quarter of 2020, US GDP fell by 31.4% – one of the fastest and deepest falls ever.

However, according to the National Bureau of Economic Research, the 2020 recession was also the shortest ever; officially, it lasted just two months. Technically it was too short to qualify as a recession at all.

There’s a lot more to the story than that, though. Our economy has bounced back a long way from the damage lockdown did, but it’s still in deep trouble – and the government is storing up even more trouble for the future. There are a lot of pieces moving behind the scenes, and if they line up wrong a depression could hit us fast and hard.

A lot of Americans are still jobless. In June 2021 the unemployment rate stood at 5.9%. That’s a long way down from its 14.7% peak last April – but a long way up from the 3.5% we had last February. Millions of Americans who were working 18 months ago are unemployed now, and the growth in jobs seems to have slowed.

Unemployment fell by 7% in the six months after the April peak, but only 1.9% in the next nine months. The June 2021 figure was actually slightly up on May, which alarmed economists who’d been expecting another small drop.

Despite unemployment that in normal times would be a national scandal, the government is paying people to sit at home. In many states, the jobless can still claim an extra $300 a month in federal assistance. If you were in a low-paid job, regular unemployment plus an extra $300 might just be enough that you don’t really want to go back to work.

Unfortunately, businesses need low-paid employees too – and having so many of them out of work is slowing our economic recovery.

Related: Five Ways Our Life is Better Living Off The Grid

The Danger of Inflation

The trouble is, creating or borrowing that much new money doesn’t make the country richer; it makes each dollar less valuable. There’s a shortage of vacant homes, so people have to pay more to buy or rent one. That causes inflation and a weaker dollar.

As the dollar gets weaker, imported goods cost more. We import oil, so that means gas costs more. And that’s if you can afford a car to put the gas in, because we import a lot of cars too.

Related: The First Thing You Need To Do When The Gas Price Rises Above $5 Per Gallon

As imports get more expensive, the supply of domestic goods can’t keep up – so prices rise. Employers have to pay more for energy and raw materials, which pushes prices up more. High gas costs for transport get added to prices, which go up again. There are more dollars in the economy, but we can’t buy as much.

So, the government passes laws to raise the minimum wage – which means employers have to raise prices even more. After a certain point it all starts to feed on itself, and inflation isn’t just rising anymore; it takes off like a rocket.

Right now, our money supply is inflating by about a billion dollars every hour. Our national debt is rising so quickly that, if you look at it in real time, the last five digits are changing too fast to follow. By 2025 we’ll be spending more on debt interest than we do on defense.

Sometime beyond that, maybe in the 2030s, debt interest will match, then exceed, tax revenues. We’ll need to borrow – or print – more money just to pay the interest on what we’ve already borrowed.

But will we even make it that far? On July 28, Federal Reserve chairman Jerome Powell admitted that inflation is rising – and could go further than the Fed had predicted. If the government keeps pumping new money into the system inflation will spiral out of control this year. There are signs that it’s already happening.

House prices are up 23% in just one year. Used car prices are up 45%. Farmers say even the cost of a bale of hay has risen 20% in the last twelve months. That’s all pushing the inflation figures upwards, and it might already be too late for the government to push the lid back down.

Smart preppers will be ready for the next Great Depression to hit very, very soon.

How Bad Could It Be?

The original Great Depression was bad – but if one hits now it will be much, much worse. In 1929 the global economy was nowhere near as interconnected as it is today. If inflation keeps rising the weak dollar will cripple the US economy – and we can’t pay for a New Deal-style program to get it moving again.

On top of that we’re much more dependent on power and communications than our ancestors were. Can you imagine a life without electricity?

Well, if you want to survive the next depression you need to figure that in. Can you work without the internet? Can you access your bank account if your cell phone app stops working?

Getting through the next depression is going to mean prepping for the long term. Three months’ worth of food won’t be enough, because the depression will last for years. You need to be looking at livestock, and the ability to grow your own crops.

When you look at electricity generation, consider wind, water and solar power – they don’t rely on fuel that might become unaffordable.

If we want to make it through a crash like the 1929 generation, we’ll need many of the skills and tools they had. Are you prepared for that? 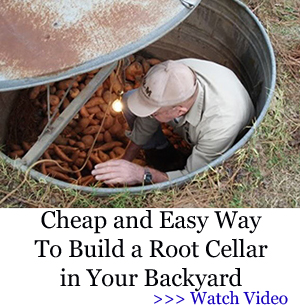 Confessions Of A Man Who Lived 37 Years Off Grid

Where FREE Land Can Still Be Found in the US (Video)