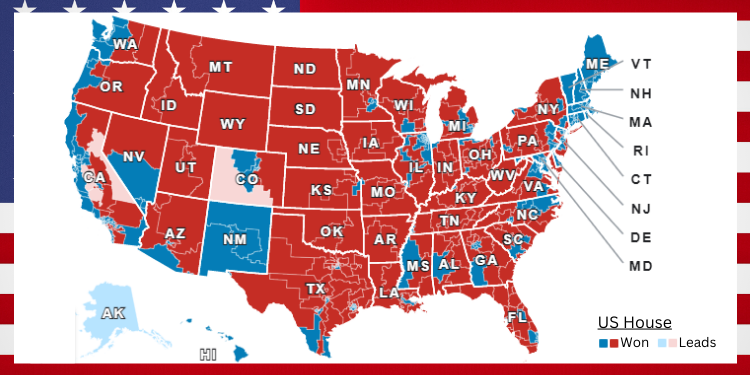 America is anxiously awaiting the official results of this latest midterm election. There is one thing we know for sure. Elections in the USA have become much more caustic in recent years.

Most importantly, what will the results of this midterm election mean to us preppers? What kind of America are we inheriting and how should we prepare for it.

We have reached a dangerous point with surveillance. It has basically come to life. The surveilling of everything the American people do is an unstoppable force. Whether done through your phone, television, Alexa, Smart TV, Ring, Satellites, or other means we are not even aware of, it’s happening.

Related: If You Own A Mobile Phone This Is What The Government, Google & Facebook Know About You

The divisive nature of a two-party system has given way to new boogeymen like militant violent extremists and political terrorists here within the nation’s borders.

A document was leaked within the FBI showing domestic right-wing terrorist markers, signs, and symbols. These included the Gadsden Flag, the Punisher skull, the Betsy Ross Flag and other American History insignia from the revolution.

We have to surveil these people and make sure they do not do anything crazy like shoot fireworks off on the 4th of July. Surveillance on everyday Americans will only increase following the midterm election.

From monitoring disinformation to imposing health and safety restrictions, the midterm election results will no doubt create a climate in this nation that requires more safety through government.

This will come at a cost, of course. It will mean the growth of government and thanks to greater surveillance your actions as a prepper will be watched with a sharp eye.

The idea of becoming a prepper is growing. There was a 60 minute piece on it just days ago and then there was a Bloomberg piece about the Next Generation of climate change preppers. This idea of self-reliance and independence is not going away.

In the wake of the midterm elections, we are going to see a further push towards tyrannical and oppressive behavior in the nation. It is not enough for the American people to course correct on our own. Instead, the government will use its power to destroy oil and coal production. It will take aim at the agricultural industry, and all of this will hopefully inspire you to keep prepping! 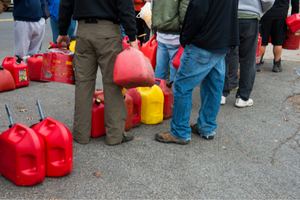 The results of the midterm elections have assured us that we have virtually no answer to the fuel shortage that is affecting many nations on our planet. America has a lot of oil flowing under our feet.

Related: What’s the Best Fuel to Stockpile for Survival?

Instead, you need to buckle up and expect higher prices at the pump, high prices to heat your home, and nations abroad to suffer worst of all.

You should have several alternative ways to heat your home. People will be cold this year and some people will die from carbon monoxide poisoning trying to heat their human anyway that they can. Be prepared. 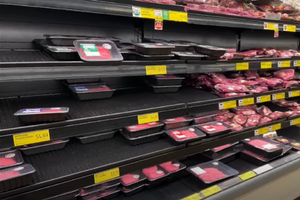 Another problem that has not and will not be addressed despite the outcome of the midterms. Fuel and food are inextricably tied so as the price and availability of food and fuel go up so will the cost of food.

Unfortunately, we may also see a serious drop in production of food brought to market. This is because the cost of farming is already very high, and some farmers have let fields go fallow in the face of things like rising costs and droughts.

The more food that you can produce at home the better! Food storage is always a good thing to have, too. I would recommend 6 months’ worth of food storage at a minimum. I used to recommend 3 months but times they are a changing! 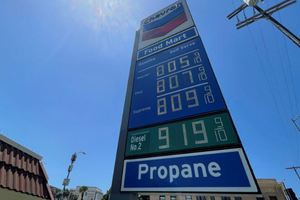 The midterm election results will have preppers racing further towards self-reliance.

We have all been watching the beginnings of this economic collapse.

Hopefully you have been taking action to shield yourself and your family.

The long in short of it is that you cannot adjust interest rates or employ enough demand destruction to deal with a 30 trillion dollar debt.

Related: How to Keep Your Money Safe for When SHTF

What that means is that your dollar is going to be worth less. Maybe not quite worthless but definitely worth less. The money you have now has more buying power then it will in 3 months.

Transferring paper dollars or fiat wealth into gold, silver, or even Goldbacks, will give you more stability. You should also consider buying things that will truly add value in this new world. These are things like food, medical supplies, skills, tools, barter items and raw land.

If you have been wanting to start that blacksmithing setup, well, now is the time! 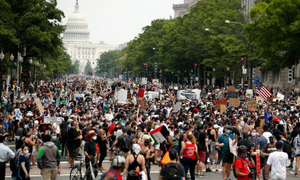 The American people put so much energy into the outcome of elections that this election will undoubtedly end in civil unrest of one kind or another.

Most people are content with idea that America is on a collision course with Civil War.

We have seen violent politically oriented groups on both sides of the political spectrum in action. They exist. These groups will grow their ranks as long as tough times, high prices, and discontent are in the streets of this nation.

No matter how you slice it, if you are in a densely populated area then you need to be prepared to deal with civil unrest. This means keeping your finger on the pulse of what is happening in your area. Protests can quickly become violent.

You should also put together a plan to respond to people who might come walking down your street with intent to do harm to your property. I recommend paintball guns loaded with pepper balls.

For the prepper who is truly seeking to be self-reliant and independent, the results of this midterm election are going to have very little bearing. In fact, no matter who winds up in power, you should be seeking the ability to survive and thrive outside of that system as possible.

It’s hard to ignore some things like government supported censorship and the targeting of certain groups. Still, we have to start thinking bigger. It is a time to establish alternative means of commerce, agriculture, security, and virtually anything that you hold dear. 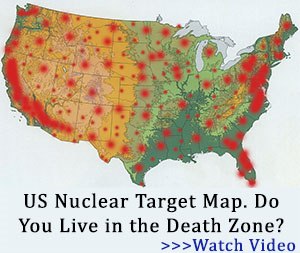 Find Out What Areas Would Be Targeted by FEMA When SHTF