The Cherokee Indians were one of the largest Native American Tribes that settled  in the southeastern part of America. The tribe was originally of Iroquoian descent, and lived in the Appalachian Mountains. Eventually they settled towards the east coast.

The Cherokees actually lived in log cabins and not teepees as always portrayed. The Spanish settlers brought over diseases that the Cherokees were never exposed to and therefore had no immunity to these. In the 1800’s the Cherokees started to adopt some of the ways belonging to the settlers that moved to their lands. They started farming and even dressing like them. 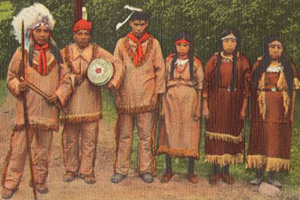 The Cherokees were a very religious and spiritual tribe. Their tribe was a strong one, and it consisted of smaller tribes that were each led by a chief. When gold was discovered, the tribes were forced to leave their homes and  go live elsewhere. The forced relocation cost close to 4000 members their lives, during the thousands of miles they had to travel. This became known as The Trail Of Tears.

The largest of the three Cherokee federally recognized tribes in the United States lives today in Oklahoma. There are several thousand residents that reside in the communities there.

When the Cherokees were free people and lived a simple life, they relied on plants to treat and cure many illnesses that affected them. They had medicine spiritual healers who knew which plant is best for each disease. Here we will list 10 of the most powerful medicinal plants used by them.

Related: 11 Things Native Americans Carried With Them To Survive In The Wild 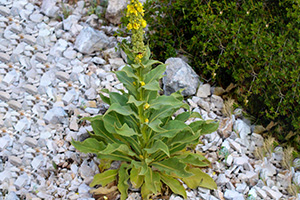 The Cherokees used Mullein all the time. The dried leaves were burned to relieve chest congestion and asthma symptoms. The roots were boiled and mashed for making a relief decoction for swollen limbs and joints.

The flowers were used for making tea that worked as a mild sedative. Mullein leaves were also rubbed on the skin to treat rashes.

Mullein prefers sunny well drained soil, and can be grown straight in your garden or in flower beds.  The herb will be ready for use by the second year of growth. This is also a self sowing plant, so it will regrow itself for the next years to come. 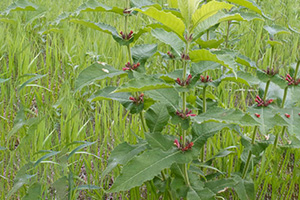 This plant was used by the cherokees to treat fevers. They used the leaves and flowers to make tea.

Feverwort is still a common plant nowadays. You can find it in stores as tea, or you can purchase dried leaves and flowers. 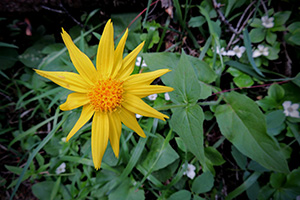 Arnica is a member of the sunflower family, and it was originally grown in Europe, Central Asia, and Siberia. Nowadays it can be grown in any sunny location with ease. The plant has yellow-orange daisy-like blooms that bloom in late spring to early summer months.

Arnica is still widely used today. It is used as a salve, being a mild pain reliever for bruises, muscle aches, sprains and arthritis. The dried flowers and leaves are used for making lotions and creams.

WARNING: Arnica can NEVER be ingested internally as it is fatal.

Related: Top 8 Deadly Plants in the U.S. That You Need To Avoid 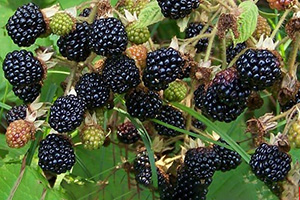 Blackberry bushes can be found about anywhere along trails and roads. The wild blackberry bush is great for inflammation and joint pain. It is also great for treating an upset stomach. Make a strong tea from the roots and drink it. Boil the roots and add a bit of honey and drink it as a cough expectorant. Chew the leaves to help relieve a sore throat and bleeding gums. 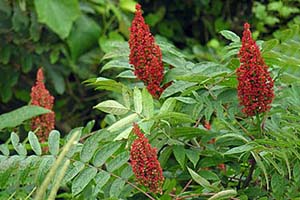 Sumac is a super medicinal tree that can be found almost everywhere. By boiling the tree bark and straining the liquid, you will get a drink that helps with sore throats. The berries of the sumac are high in Vitamin C and make a great remedy for fevers. Sumac is also known to help relieve diarrhea. 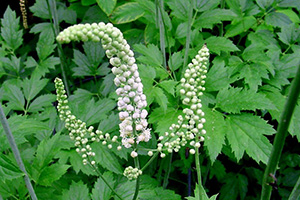 Black Cohosh is found in hardwood forests and it can grow over six feet tall. It has large leaves that are irregularly toothed. The flowers are white and bloom from May to July.

Black Cohosh was used to help women by inducing labor. It was also used to help with menstrual pain and cramping. A decoction made with Black Cohosh can be used for a range of ailments: rheumatism, backache, cough, insomnia. 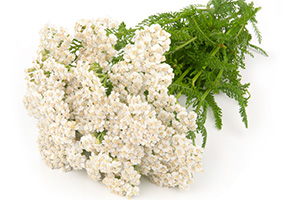 Yarrow is a great plant for its blood clotting ability. The fresh cut leaves will stop bleeding when applied to open wounds. The juice from yarrow mixed with spring water will help stop any internal bleeding.

Tea made from leaves  is a great help for digestion. Making a decoction from leaves and stems will help to clear up acne.

Yarrow can be found in sunny locations about anywhere. You can find it growing along roads, in fields, waste zones, and even in your garden. 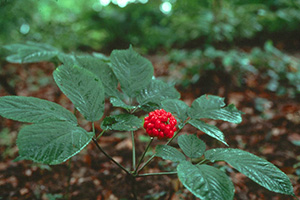 American Ginseng is a widely popular plant and has been used for its medicinal purposes for years. This plant prefers shade and a rich moist soil to prevent it from drying out during the growing season.Wild ginseng is hard to come by as it has been harvested so extently.

The Cherokees highly prized the ginseng and medicine healers kept some of the roots with them at all times. This was one of the plants that they took with them on the Trail Of Tears. The root was used for making tea, to treat headaches and cramps.

It was also used to stimulate appetite in the elderly and as a treatment for those who had colds, flu, or infections. A poultice was made from the roots and applied to boils. They would also chew the roots and blow the material through a wooden tube onto the painful area.

Related: 7 Medicines You Should Know How To Make At Home 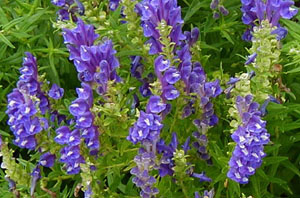 Skullcap is part of the mint family and thrives in the eastern parts of the United States in moist woodland environments. Cherokees used skullcap to start menstruation in girls entering womanhood. They also made a decoction from the plant to treat diarrhea, breast pain, and kidney problems. 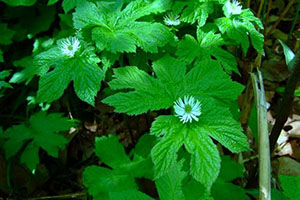 Cherokees used Goldenseal as a wash to treat sore eyes and skin diseases. It was also ground into powder and mixed with bear fat to be used as an insect repellent. The natural color was also used as a yellow dye.

Goldenseal grows in the wild in wooded areas or on the hillsides with good drainage. It grows to about one foot tall and has an erect stem that is hairy and produces greenish-white flowers. The flowers bloom in early spring and then turn into red berries.

The Cherokee tribe did not have access to pills and today’s medicine for treating illnesses. They only had the medicinal herbs. They knew how to gather and preserve the plants, and how to use them to treat and prevent illnesses. The Cherokee relied heavily on their spiritual beliefs and allowed Mother Earth to treat and heal them.

Today, some of the plants are very hard to find as they were overused and some have completely disappeared. The Cherokee believed in taking only what you need. Therefore, they had a harvest rule of only picking or digging every third plant to keep enough specimen to regrow for later harvest.

24 Lost Survival Tips from 100 Years Ago with Illustrations