Ask any financial advisor, and they’ll tell you that you should have at least enough money in savings to cover three months worth of bills. That’s before you start working on any real investments. We are all prone to the possibility of losing our jobs, having a downturn in our business, or having an accident that keeps us from working. Should any of those things happen, that money would keep us afloat, while we got a new job or made other financial arrangements.

There’s nothing wrong with that advice, from a purely financial standpoint. If you or I should suffer any sort of personal catastrophe, it is likely that we will need money to help us through. That’s the idea behind such advice and it’s good advice up to a point.

The problem is that advice doesn’t take into account anything other than a personal financial crisis. Should we find ourselves dealing with any other sort of crisis, that money may not do us the least bit of good. That would be especially true in a situation where we are faced with a financial collapse or the general breakdown of society.

In those cases, there’s a very strong possibility that people won’t be accepting cash and may not be able to accept payment electronically. So much for that cash reserve; doesn’t look too useful in that light.

Even so, the basic idea of having a reserve is a good idea. I mean, isn’t that what we preppers do all the time? Isn’t the foundational premise of prepping that of making sure we stockpile things of value in good times, so that we will have them available to us in the bad ones?

As Far as Cash Goes 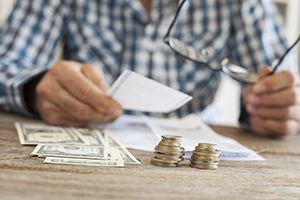 To start out with, always keep some cash on hand. There are many emergencies we can face in life, which can be solved by just having cash. If you can, try to have about $1,000 in your home at all times. If that’s too much, then keep what you can.

When a disaster first strikes, chances are pretty good that you’ll need some cash, even if it is for nothing more than to fill your gas tank. Even in cases where there is a total collapse of society and our monetary system, people will still accept money for a few days. The trick is noticing that you’re in such a time and spending the money on anything you need, before people decide to not accept it anymore.

The other advantage of keeping cash on hand is that it won’t be affected by a run on the banks or the banks closing down. Considering how low interest rates have been the last couple of years, it’s not like you’re losing money by having it hidden in your home, rather than having it hidden in a savings account somewhere.

Any other money that you have needs to be invested. But just how should you invest it? You need an investment that not only protects your money from market forces, but also protects it in the midst of a major disaster; what we call a TEOTWAWKI event.

Of course, investing in silver does that, but that doesn’t mean that you want to invest all our money in silver. Personally, I’d recommend against it. It may take time, after a disaster, for people to start accepting silver in trade. During that time, your silver isn’t doing anything for you. It’s just sitting there, taking up space and requiring that you keep it safe.

Here’s a different way of looking at that: invest in buying things that you’ll need sometime in the future, by buying them today. Doing so means that you are able to buy those things at a cheaper price, than if you bought them in five to 10 years. Then, when you use those things, you can take the money you would have had to spend on them as a profit.

The key here is knowing what you’ll need in the future. Buying a wheelchair, because you might need it in the future probably isn’t a good idea, because you really don’t know if you’re going to need it. The same can be said for many other things. Your investment has to be in something you’re sure you’ll need. 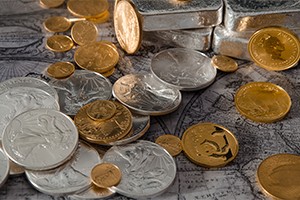 Ok, so how do we get from that $1,000 to the three months worth of expenses that investment experts say we should have on hand?

We still might find ourselves in the situation where we need that money for a personal financial disaster, so it makes sense to have it. But at the same time, that much cash isn’t going to be useful in a TEOTWAWKI event.

The only way to accomplish both is to invest that money in something that is easily liquidated and will be valuable in both normal times and a post-disaster scenario. That means precious metals, specifically, silver.

While both gold and silver are easily converted to cash and will most likely be acceptable for barter in a post-disaster world, there’s a huge difference between trying to barter silver that’s worth $15 to $20 an ounce, and gold, that’s worth $1,500 to $2,500 an ounce. Unless you are trading for something valuable, like buying a vehicle or property, you’re going to have a hard time using that gold in a world where people are bartering for what they need.

While some people may be unwilling to barter for silver in a post-disaster world, especially at the beginning, there’s a high probability that it will gradually become the medium of exchange, as people become accustomed to the new normal. That may not happen quickly, but it will most likely happen.

One of the Best Investments to Make 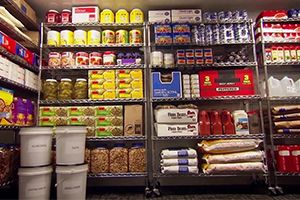 Believe it or not, one of the best investments we can make today is food. While the overall consumer inflation rate has been hovering around one percent per year for the last several years, food has gone up by an average of eight percent. That’s a faster rise in value than just about any other investment you can find.

What this means is that if you buy $1,000 worth of food today and keep it for five years, it will be worth $1,469.33. That’s almost a 50% increase in value, assuming that the inflation rate of food remains constant. With a low overall inflation rate, that’s a huge amount of gain.

Investing in food does two things for you: it increases your stockpile, ensuring that you’ll have food to eat in the future and it provides a good investment. Since you will always need food, you won’t need to worry about being able to sell your food to someone else, in order to cash in on it.

You can literally “sell” it to yourself, taking the money you would otherwise have had to spend on food and use it for other things. In other words, you can invest $1,000 today and pay yourself back $1,469.33 or so in five years.

Expand that to Barter Goods

You don’t have to limit that investment to food either, you can also invest in barter goods of all kinds. Anything that is likely to be in shortage in the wake of a disaster is worth investing in. I’ll guarantee you, if I had known there would be a run on toilet paper, I would have invested heavily in it last December, before the rush.

In any post-disaster world, people will not only be looking for toilet paper, but a host of other things as well. If you’re the one who has them, then you can trade what you have, for what they need. People can literally become rich this way.

During World War II, people in the cities of occupied Europe would travel out to the farmlands with suitcases full of silver and other valuables, for the ostentatious purpose of visiting “family”. The family they were visiting were farmers, who were willing to barter hams, sausages, cheese and butter for silver on the black market. When the war was over, many of those farmers became rich, selling all the silver they had bartered for during the war.

To make sure that you have things which will be profitable to have, be sure to diversify. Don’t put all your eggs in one basket. Rather, select a number of different things that you can invest in to help ensure that you will get a good return on your investment.

Since this is a dual-purpose investment, I’d recommend trying to invest as much as possible in things that you can use. That way, if you never barter those things in the wake of a disaster, you can still make money off of your investment, just like we talked about with food. It might be 20 years before you decide to start using those 4,000 rolls of toilet paper, but when you do, you’ll save a whole lot more, by not having to buy it, than you invested in it in the first place.