The number of dangers we could face in a post-disaster world is innumerable. Part of the problem is that we don’t really know what that world will look like. While there are certain things we can surmise, based upon past disasters, we may very well be wrong. Did anyone actually foresee a global pandemic play out the way that COVID-19 has?

While the disaster itself will obviously be dangerous, perhaps the biggest dangers any of us face aren’t from nature or whatever force might create the disaster, but from other people. Specifically, the most dangerous groups will be those who gather together in gangs in order to seek out supplies, even if they have to steal them and the government. While the government may not take care of us, they will always take care of themselves.

Considering the direction our nation has been going, a nationwide disaster could be just the situation some politicians and bureaucrats have been waiting for, so that they could increase the power of the police state over our lives. The first step in that process is knowing everything there is to know about everyone, keeping track of where they are and what they’re doing.

As we heard from Edward Snowden, the government, specifically the NSA, is already working hard to track down every bit of electronic data about all of us, creating dossiers that might be used in any future investigation. While there are those who say “if you’re not doing anything wrong, there’s nothing to worry about,” the government’s definition of “wrong” is subject to change.

Today there are those who are calling expressing a conservative viewpoint a “hate crime” and trying to prosecute those who dare to publicly express those opinions.

Our only safety is to do the best we can to ensure that the government can’t track us. That may actually be impossible, but even so, there’s no reason to give them information about us on a silver platter. The less we let them have, the less they can use against us.

Here are a few key ways that we are being tracked today and what we can do about it.

If someone in the government wanted to come up with a way to get all of us to give them all our personal information, all they would have had to do is create social media.

When you sign up for any social media platform, the first thing they do is have you create a profile. With many people, you can learn just about anything you want to about them, just from reading what they’ve posted there. 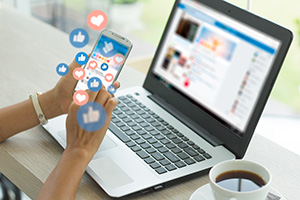 If that wasn’t bad enough, social media is all about letting others know what’s going on in your life. People post everything from family photos to vacation plans.

They openly let others know what’s going on in their lives, forgetting that there are many more eyes seeing that, than they expect.

It’s safe to say that the government has agreements with all the social media platforms, allowing them to tap in and learn anything they can. That’s not too surprising, considering employers can do that as part of the hiring process.

The best way to prevent the government from learning about you on social media is to not use it at all. They can even glean information about you from the things you follow and read. That’s not all that hard, as Facebook regularly data mines for that kind of information, so that they can use it for selling advertising space on their platform.

Related: How to Protect Yourself from 5G

As I already mentioned, the NSA is recording every bit of electronic communications, of every type, in the world. 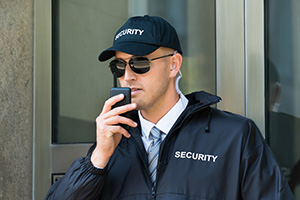 While they may not have any interest in you today, that could change at any time. All it would take is for someone in DHS to decide that preppers were dangerous and had to be controlled, and every record of your communications would be examined by some nameless bureaucrat, looking to find something you’ve done wrong.

We can’t do anything about the information which has already been gathered about us, but we can do something about what we do in the future. Basically, all we have to do is stop using electronic communications to keep in touch with others. Instead of using text messages, e-mail and phones, we could actually talk to others face to face and send snail mail.

Our Phones are Tracking Us

Our smartphones are smarter than we are, especially when it comes to tracking us. 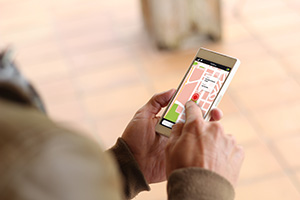 Having a built-in GPS is handy; especially when you’re trying to find that restaurant you want to go to. But in order to give us that capability, the phone is constantly tracking our comings and goings. If you don’t believe me, just check your timeline on Google Maps or the Apple equivalent for an iPhone.

Supposedly we can turn off that feature, but I wonder how true that is. Perhaps we can turn off our ability to see where we’ve been, but that doesn’t mean that the phone isn’t still tracking us and reporting that information to Google or whoever else might have an interest. The only way we can be sure that our phone isn’t tracking us is to take out the battery (not possible with most modern phones) or buy one that doesn’t have GPS. 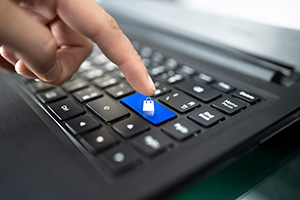 Another source of information that’s being used to track us is our shopping.

Have you ever searched for something online, then a few minutes later seen an ad for that very thing show up in your Facebook feed or in an online article you’re reading? That’s not by accident.

It’s a given that Facebook and Google are tracking our every keystroke, hoping to capitalize on those advertising dollars. But the question is; who else is doing the same? That’s something that we just don’t know, as nobody is being forthright and transparent about such things. All we know for sure is that it’s happening.

Then there are our purchases. Have you noticed how society is moving away from cash and more into using credit and debit cards? COVID-19 has really pushed that; especially with the supposed coin shortage. 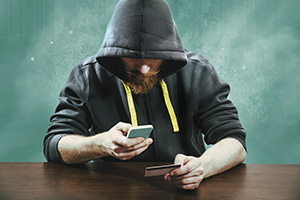 That could all be a sham, as they can’t track our cash purchases, but they can track any purchase made with a credit or debit card.

The fact that the law-enforcement officers use this information in criminal investigations is such common knowledge that it’s been featured in many cop shows. You don’t think the writers just came up with that, do you?

Surveillance cameras are both becoming more commonplace and more sophisticated as time goes on. 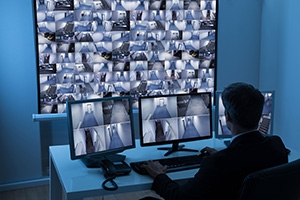 A decade or so ago, the images were tiny and unclear. Now they’re as good as watching a movie, in color and with the ability to identify people over a block away.

Between security cameras and traffic cameras there are few places you can go in the city, where they can’t see you.

Again, this is one of those cases, like the NSA reading your communications, where people say “if you’re not doing anything wrong, it’s not a problem.” But none of us know who is using that information and how they are using it. Could there be some shadowy government agency, like the NSA, which is gathering information about us, to use in the event they decide we are dangerous? We just don’t know. 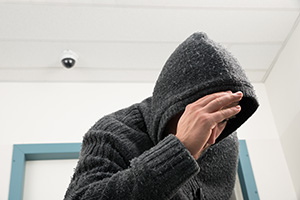 Fortunately, there are ways to beat surveillance cameras, either through the use of disguises or by blinding the camera. Modifying a hat, so that there are infrared LEDs around the brim, can keep those cameras from seeing your face. This doesn’t mean they can’t identify you at all; but it makes the job a whole lot harder.

There are also websites where people post the positions of security cameras and traffic cameras, giving us all the ability to know where they are and allowing us to plan routes which avoid that surveillance. If criminals do that, there’s no reason we can’t too.

One of the best things we can do, besides protecting our online identity and information, is to make ourselves so unremarkable that nobody notices. There are people in this world, that you just don’t notice. We all do it. They are just so unremarkable that it’s like we don’t even see them. 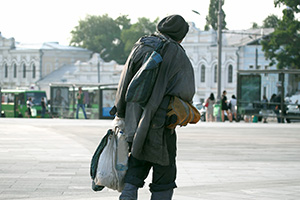 One big category of people like this are people in uniform, regardless of what sort of uniform it is. We see the uniform, but not the person inside. People have literally hidden themselves from others that they know, by nothing more than wearing a uniform. Others, like the homeless, are people that we just turn away from, as if we don’t see them.

Even without going to the point of a disguise, such as a uniform or looking like you’re homeless, there are things we can all do, which make us blend into the woodwork. Wearing dull clothing, moving with the crowd and making ourselves look unattractive are all things that will help keep people from noticing us.

Drop Out of Society

Finally, we could just drop out of society. Every once in a while you see a story about someone who has done that. They’ve totally dropped off the grid and are camping out somewhere in the wilderness. If you want to find them you’ve got to do a lot of looking and if you want to talk to them, you’ve got to go where they are.

Granted, this is a rather extreme solution to the problem and one that’s hard to do; but some people do it anyway. Alaska is a favorite destination for those that do. Their lives are different than our own, but at least their biggest threats come from nature and not from any two-legged predators, whether in government service or not.