How These Elections Will Affect Preppers

How These Elections Will Affect Preppers

There has never been a time where prepping for emergency was on the mind of so many Americans. In fact, you could argue that collective minds of the world are all thinking “Is it time to become a little bit of a prepper?”.

Places like India are facing incredible infection rates, restrictions, and potential economic issues. They are one nation of many. While it might seem like rioting is happening only in your town or city, riots are happening all over the world!

I have found that many more people are doing prepper things without taking on the moniker. I am a people prepper. This is music to my ears. I want as many people prepared as possible. In fact, I think prepping is just a return to lost ways and lost skills that dominated our history as humans.

These polarizing elections are going to affect preppers in many ways. Some will be good, some bad and some downright ugly!

Related: 5 Things You Can Do If People Find Out You’re A Prepper

Without getting too political I think we can all agree that this election is going to be a total mess. Not sure what aspect of it you have lost faith in, but it seems like a contested election and riots to follow are a given. For the first time in a long time Americans seem in accordance with this. It’s not some kind of prepper conspiracy.

However, these elections are hardly all bad for preppers.

The chaos that has ripped through our nation while riding shotgun with the pandemic has undoubtedly affected many. People are seeing that there is more to these warnings from preppers and survivalists. Our ranks are swelling and that is a good thing.

While it can feel a little weird to have our cool “group” infiltrated by people who have not heeded our warnings over the years, it’s important we welcome them with open arms and help them get settled in.

These elections and the chaos that follows will absolutely create more preppers.

If you are not drumming up conversations with neighbors at this point, it is safe to say that you are lone wolf material. It’s not easy and it can be scary, but having a neighborhood of people who are switched on to the threats is like gold!

Right now, it’s easier than ever to talk about things like neighborhood security, neighborhood watch, emergency planning and the like. Offer up your expertise to your community and see who bites. If you put yourself out there a little bit, you could find several allies in your own community.

Time to Level Up

These elections are going to increase the number of preppers at the starting gates. If you have been resting on your laurels, it might be time for you to consider taking things to the next level. Use this opportunity to increase your own level of preparedness.

Maybe the time has come to jump to solar power, dig a well or even just start some new prepper hobbies like blacksmithing, wood working, archery, metal detecting or something else you have been wanting to try.

You could always transform your home into an urban homestead! No matter what you do, use the motivation from all these new preppers to step your game up!

Calamity and chaos in the streets make new preppers. The threat of botched elections and a polarized Red V Blue population also helps swell the prepper ranks. That said, there are some downsides to all of this, too!

As Far as Firearms Go

Or ammo! As our social media feeds are hijacked by videos of violence and murder in the streets, more and more people will buy firearms to protect themselves.

We have added 5 million new gunowners to the ranks in the last 6 months! This surge in gun ownership has created a short fall firearms and ammo inventories everywhere. Guns are hard to find and ammo is overpriced.

This is an issue when it comes to preppers wanting to add to their stockpiles.

Related: How to Make Shotgun Shells at Home? (With Pictures)

Social media, academia and the modern office have all been affected by a radical level of censorship. This will only be exacerbated by the national friction created by the election.

While preppers have a great amount of information to help people through the coming chaos, their voices might be silenced in these venues, and others, because of things like religious, political, or social values that bristle against the “norm”.

As Far as Resources Go

Who could forget Toilet Paper Gate? This election coupled with the terrifying blend of flu season and COVID-19 will create new lockdown restrictions across the nation. This time people will see it coming and resources will be scarce.

The supermarkets will be sparse again and the resources preppers have come to rely on to build their prepper pantries and cleaning stockpiles might not be available, again.

Along with the added strain on supermarkets and suppliers, your favorite online prepper shops will also struggle to keep inventory on hand.

This is great news for the suppliers, but bad news for preppers who are still stocking food storage. Buying prepper related items will become harder to do and the wait will be much longer.

There are some good and bad things that will affect preppers based on the coming elections. However, there are also some things coming that are just plain ugly! Some through laws and others through the very prepping market itself.

While it is easy to bark about the problems with mail in votes and funding of post offices, there are much larger issues afoot.

At the height of the pandemic there were many threats that perked up the ears of preppers. The administration was threatening those who may have had extra masks, hand sanitizer or other things necessary for front line emergency professionals dealing with those who were sick.

The message was focused on people who stockpiled these items for resale, but if the shortages persisted who knows how far these threats would have gone. Are you prepared to turn your preps over for the “Greater Good”?

With many more preppers building food storage stockpiles, continued shortages would undoubtedly affect the messaging from our government and a focused lens could be held over preppers who have food “to spare” for those who have not prepared!

While there are many people who are selling legitimate prepper products, the prepping, survival, and emergency preparedness market is booming. This means that there is money to be made and unscrupulous drop shippers and affiliate marketers will throw low quality products at that market.

This is more of a problem for new preppers who cannot draw the distinction between quality products and cheap Chinese ones, that are produced at the lowest price point to maximize profit. The snake oil salesman will be in full affect to take advantage of election time uncertainty.

No matter the outcome of this election, the nation will be affected forever. No matter which side you fall on in this thing, you must understand that preppers and Americans in general will all be more concerned, more upset, and more disturbed at the condition of their nation.

The laws that spin off the next administration will be important for preppers to watch. These will be high emotion laws that will affect our nation for an awfully long time. As the economy struggles, the nation is gripped by violence and the government overexerts its efforts to appear effective, we could quickly become a more oppressed people. We must remain vigilant.

Preppers will survive the coming election, but the world they inherit may be hardly recognizable. 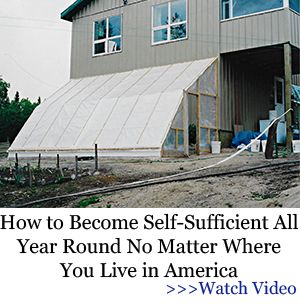