6 Essential Maps to Store Before an EMP

6 Essential Maps to Store Before an EMP

The US Army has a facility in Fort Irwin, California, known as the National Training Center (NTC). There are a number of other “National Training Centers” operated by various departments of the government, but it’s the one run by the Army that’s the most applicable to us. Army units are sent to the NTC to follow a schedule that’s planned out years in advance.

While there are many different lessons that the NTC is trying to impart to the units visiting there, the primary one is about reconnaissance – find the enemy and don’t let him find you. Many of the mock battles they run are all about figuring out where the enemy is and what they are doing.

Information is said to be the most valuable commodity on the face of the Earth. It certainly is at the NTC. Without fail, units that win the reconnaissance battle end up winning the battle that follows.

That same lesson applies to survival as well, even though death is the enemy we are trying to defeat. Information and knowledge are ultimately just as valuable to the prepper who is trying to survive, as it is to the general who is planning his strategy.

Some of that information can be found on maps, either those you buy or maps you should be compiling for yourself. There is a lot of information out there, which isn’t available on any map, but should be. And those maps must be printed, because electronic maps, especially those which are only available online, are going to be totally worthless to you in the wake of an EMP.

When There’s No GPS

We’re all so accustomed to using our GPS to get around now, making the same trips back and forth to the same places, that most of the time we literally have no idea what’s around us. Whereas there was a time when people had an encyclopedic knowledge of routes, roads and locations, most of us have trouble finding anyplace but our normal hangouts without asking Google how to get there.

You can hardly find someone who still has a road map in his glove compartment. When I moved to the city I now live in, I had to order a city map online. Even then, I had trouble finding one. Yet if an EMP were to take out the internet and our phone system, we would need those maps just to get around.

In addition to a road map of the city you live in, you’ll want road maps that cover the entire area you need to pass through from your home to your survival retreat, as well as the area around your retreat. Go for the maps with the most detail possible, so that you have the best information available. If you can find them, those book-type maps they used to print of major cities are ideal. 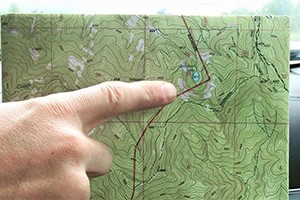 Topographical maps show different things than road maps do. While they will show roads, they do so without most of the name. So they can’t really replace road maps.

But they add a lot of information that you’re not going to find on road maps, such as terrain features, ground water and forests. The terrain features will help you identify mountains, hills, canyons and rivers.

Topographical maps are essential for off-road traveling. They show “jeep trails”, in addition to the terrain features. But it’s really the terrain features which are the most important. You’ll be able to see if there is an insurmountable cliff or riverbank along the route, essential information to avoid getting trapped traveling along a route which doesn’t give you a way out.

Topographical maps will also show you ground water that you might not otherwise know about. While lakes and rivers will usually show up on a road map, streams, ponds and especially canals won’t. So a topographical map will show you critical information that you need to know, in order to survive.

Related: Is It Possible to Make Your Car EMP Proof?

As Far as Food Goes 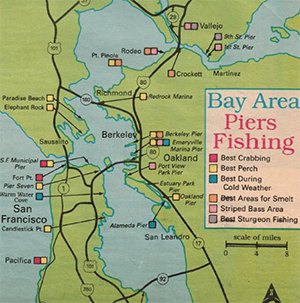 Many are planning on augmenting their food stockpiles with hunting and fishing; a good idea, if you can do it. But survival hunting isn’t like the sport hunting that many of us do in the fall. With survival hunting, there’s an imperative to bag something and to do so in as little time as possible. That means knowing where to go, so that you have the highest possibility of finding game.

That’s why you want to annotate the best hunting and fishing areas, which are within a reasonable distance of your home and your survival retreat. You’ll also want to note what sorts of game are available in each of those locations and any seasonal information about that game.

Fortunately, a lot of that information is available through your state’s Fish & Game department, as well as hunting and fishing clubs and online groups. What you’re really going to be doing is digging up that information and compiling it into a map that you can use.

Another map of compiled information that you should put together is a resource map. Now, while things are okay, you’ll want to start seeking out the various resources which are available around where you live. I’m not just talking about the kind of resources you will need to have in order to survive, but also those you’ll need to help rebuild society.

Our cities are filled with warehouses that have essential parts, equipment, tools and supplies. Much of that will just end up sitting there, gathering dust, in the wake of an EMP. But if we are ever going to rebuild society in the wake of an EMP, then we’ll need to know what’s in those various warehouses. We’ll most likely find just about everything we need.

Keep in mind that most of those warehouses are metal buildings. That makes them Faraday Cages. So, even though our electronics will be totally fried by the EMP, there will be working electronics we can use, if we can generate electricity. We’ll just need to know where to find it.

Grab a phone book and keep it with this map as well, even though most of the names of the companies listed in the Yellow Pages will be so innocuous as to be worthwhile. But it might help you find some things that you don’t already have noted on your map. 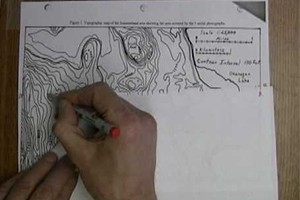 If you have supply caches (and you should), then you need to be sure that you have maps showing where that treasure is stashed.

You can think of this as your own private treasure map, showing where you buried your treasure.

Never build a cache, without annotating its location on your cache map, along with the landmarks you’ll need to find, in order to find your cache again.

Of all your maps, this is the one you want to guard the most, keeping others from seeing it. You never know who will remember what and go looking for it before you do. Better to not let them know it is there.

We all know that we need to have a bug out plan, including a route from our home to our survival retreat. But I don’t think that’s enough. The Air Force has a concept they use when planning covert insertions and bombing raids, called a spiderweb map.

It contains the planned route for the mission, as well as a number of alternative routes, including connecting legs from each leg of the main route to the alternatives, so that a plan exists to modify the route along the way, if that proves to be necessary.

Considering the high probability of serious traffic problems, as well as natural disasters taking out roads and bridges, it only makes sense to utilize the same sort of system in creating our bug out route.

We need alternatives for each leg of the route, along with ways to get from our planned route to those alternatives and back, should the time come. Each leg should be scouted, with potential dangers and choke points noted on the map.

That’s my list of maps. Are there any you’ve added to your collection, which I missed here? What would you do differently?

If An EMP Hits The US, Will Other Countries Help Out?