How To Stay Off The Radar In The Upcoming Economic Crisis

There have been rumors of the next economic crisis ever since the last one, in 2008/2009. More and more financial gurus have gotten on board with that message, prophesying a gloomy for our country’s financial future. Considering the impact that the Great Recession had on the rest of the world, once it had hit here at home, we can be sure that when we fact this crisis, we won’t be facing it alone.

Considering how hard the COVID-19 pandemic has been on our economy, we’re likely to be very close to that crisis. I’m surprised that Wall Street has remained strong and inflation has remained low in the face of the trillions of dollars the government has been spending in providing financial relief to our citizens and businesses. Where can all that money possibly be coming from? How long can they continue to do that, without the whole house of cards coming down?

Any economic crisis impacts society in a number of ways, from shortages in the stores to increased crime rates. While the rich and powerful go on living their lives as normal, they are about the only ones who don’t. Thousands upon thousands of people end up losing their livelihoods, with many of them turning to crime out of pure desperation. They prey on their fellow man, because they feel they have no other choice.

So, the question for you and I, is how do we keep ourselves from being preyed upon? Part of that might be having the ability to defend ourselves; but what’s more important than our ability to shoot our way out of a problem, is our ability to avoid becoming a target in the first place. That means making sure that we’re not on anyone’s radar as a potential target. How do we do that?

The real giveaway that someone is in good shape financially is what they’re spending. It doesn’t take a financial crash to see that. The difference during the crash, is that the only ones who will be buying new things will be people who are still in good shape financially. So buying anything new, but especially buying expensive things, will make you stand out as someone who has money.

With the economy being shaky, spending money isn’t a good idea anyway. Even jobs that are normally considered extremely stable and secure can be lost in rough financial times. Just look at all the nurses and other medical personnel who lost their jobs during COVID, because hospitals weren’t taking in anyone except for emergencies and patients with COVID. 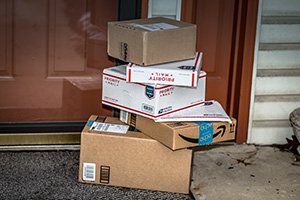 We’ve all become much more accustomed to buying things over the internet, thanks to the pandemic. But that’s even worse than buying things in the store, in the midst of any financial crisis. Having packages show up regularly on your doorstep is a sure sign that you’ve got money to spend.

Not only that, but there’s already a problem with people stealing packages off of doorsteps. You can be sure that those thefts will increase during a crisis, when people are desperate and looking for anything they can do to get a buck. A lone package, sitting on a front porch, is a tempting, low-risk target for someone who’s trying to figure out how to pay for the next meal.

The first thing to do is probably also the hardest; that’s to stop eating so well. A full 36.5 percent of US adults are obese, with another 32.5 percent being overweight, but not to the point of obesity. But you can be sure that there will be a lot of people losing weight in the midst of a financial collapse.

With people losing their jobs and rampant inflation making everything more expensive, people will have to cut back. When that happens, one sure sign of someone who is not suffering from the crash will be to not be losing weight.

Another option to use, if you’re just a little bit overweight, is to buy used clothing that’s too big for you. Wearing clothes that obviously don’t fit you will make it look like you’ve lost weight, even if you haven’t. Make sure it is used though, so that it looks like clothing you’ve been wearing a while. 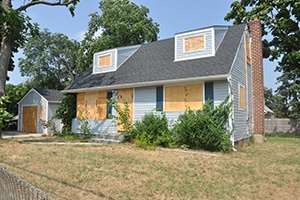 One of the things that thieves look for are homes that are well-kept. A nice looking home, with a well-groomed lawn, probably belongs to someone who has the money to take care of it.

On the other hand, a home that’s starting to look a little bit run down indicates that the owners are going through financial troubles, making it hard for them to pay for repairs.

Obviously you don’t want to damage your home in any way, but leaving some junk laying around (nothing useful or valuable) as well as letting the landscaping go a bit can do a lot to make a home look like it’s not being taken care of. If there are things which can be put off, like a new paint job, then put them off. Better yet, just prime the bad spots with some primer that doesn’t match the paint, making it look like you couldn’t afford to finish the job. 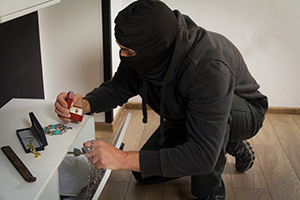 As part of making your home look less inviting, make sure that you hide anything of value.

Thieves look for expensive toys in the yard, whether those are children’s toys or adult toys. They also have no compulsion against looking through your windows to see what they can find.

So, either move that expensive television to a wall that can’t be seen through a window or keep the window shades drawn.

Stay at Home In An Economic Crisis

During the Argentinean financial collapse of 1999, crime was so bad on the streets, that people didn’t dare stop at stop signs and red lights, unless they had to for crossing traffic. That was a prime spot for criminals to hide, reaching through car windows to grab what they could or trying to pull the driver out of their car, so they could steal it.

Your best place to defend yourself and your family is at home. Not only is that familiar ground, but you’ve got a wall between you and anyone who might want to get to you. With a few precautions to harden the perimeter of your home, it will be the safest place you can be. 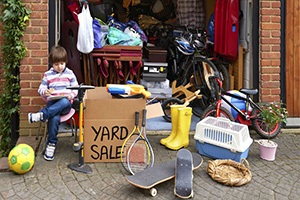 One good way to signal that you’re not doing all that well financially speaking is to sell things, especially things of intermediate value that you don’t need.

If you have an old electronic gaming console that you’re not using, sell it. Do the same with other “toys” such as boats, motorcycles, and snowmobiles.

The point here isn’t just to get rid of stuff, but to do so in an obvious way, allowing that to act as camouflage for you, making it seem that you have to sell that stuff. This is a bit of a reverse English way of staying under the radar, but it works. Criminals know what to look for when they’re casing a home and they’re not interested in hitting a place that’s not going to be worth their while. 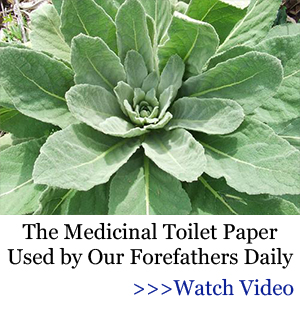 The Only Things You Need To Know About Radio Prep