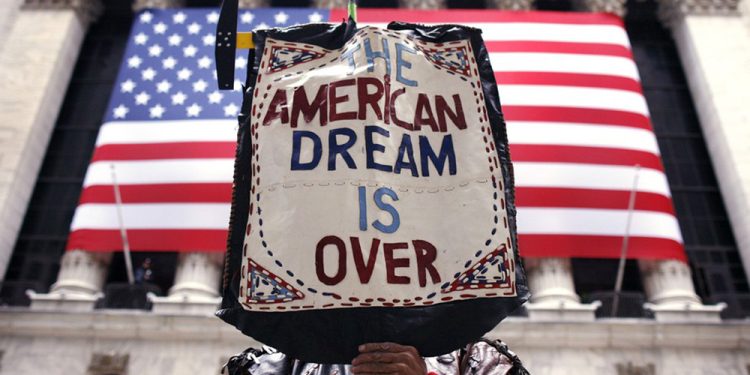 Ask just about anyone, and they’ll tell you that 2020 was a year of disasters. Many of those people will even go on to say that 2021 has been nothing more than a continuation of 2020.

While the COVID-19 pandemic has become old news, it’s still going on, with another upturn in infection rates as of this writing. There have been plenty of other things that have gone on since then, and we can expect more to come. Just how many we’re going to have to deal with at the same time is the question.

A number of things have become increasingly clear in the last couple of years, specifically when it comes to dealing with disasters:

So where are we going from here? There are a number of things going on, which I’m sure are going to cause us problems getting through to the end of the year and starting off next year.

Families already struggling financially are going to have a hard time this winter. They’ve already predicted a colder than normal winter and the current administration’s policies regarding the petroleum industry are just driving prices up.

Related: Best Ways to Heat Your Off-Grid Home This Winter

While that’s most obvious at the gas pump, we’re also going to see it affect a lot of families in their home heating bills. Electric companies have to pass increased costs to the consumer so that they can still make a profit, and they will.

This will hit people with older heating systems the worst, especially those who still use oil-fired heating. That’s not a large percentage of the population, but it will also affect the cost of natural gas, which is currently the most common heating fuel.

Everyone still remembers the February Freeze earlier this year. Much of the problems that Texas in particular had during that time were due to problems with the Texas electrical grid; specifically an overdependence on wind energy and poor planning to protect natural gas from freezes.

While the Texas legislature made changes to energy policy, putting new regulations in place and replacing the entire energy commission, there hasn’t been enough time to put those changes into place. In other words, Texas is no more ready for another freeze, than it was a decade ago.

There’s already talk of rolling blackouts, just like California is having.

Retailers are doing their best to hide it, but there are widespread shortages across the board. So many products either come from China or have components that come from China, that there are many products that just aren’t on the shelf. To hide this, retailers are spreading out the products that they do have, but it is obvious when you take the time to look at how limited the selection of common items has become.

Much of the supply shortage is due to the huge backlog of ships waiting to unload in California, at our busiest ports. That problem is exacerbated by recent laws passed in California, which make it illegal for independent truckers to operate in the state.

As a large portion of the trucking industry is composed of independent truckers, the only possible ways to fix that problem are either for the large trucking companies to send more of their trucks to California (which is problematic in its own right) or to repeal that law.

The shortage of trucking, coupled with producers cutting back during the pandemic is going to result in continuing food shortages. If anything, we can expect things to get worse, before they get better, due to drought conditions affecting Southern California and other key areas.

While most of the areas that are being affected by drought aren’t farming areas, shortages in food tend to affect other areas of the agricultural industry as well.

We’ve been seeing inflation all year and there’s no chance of it letting up. Not only has Congress already passed too many trillion-dollar-plus spending bills, but there are too many politicians in Washington that think that more of those spending bills will stop inflation. Obviously, they slept through the economics classes in college.

The inflation we’re seeing today is effectively the same as giving everyone a pay cut. According to economists, inflation has already eaten up all the government “stimulus” handouts given during COVID. So what did we gain? Now we’re saddled with inflation that’s not going to go away until at least 2024.

Everyone has noticed the higher gas prices at the pump, but few have yet noticed that we’re running into gas shortages. The last time we saw gas stations with signs out saying “Sorry, no gas” was in the 1970s, but we can expect to see them springing up again. I’ve already run into gas stations that were out of gas and I’m sure that I’m not the only one.

Why we are running into gas shortages is a bit complicated, but it is mostly due to changes made by the current administration, putting restrictions on the petroleum industry.

On top of that, foreign producers are tightening up on their own production, in an effort to drive wellhead prices up. Add that to the problems at the ports, and we had better make sure we fill up when we can.

President Biden recently had a meeting with the Chinese Prime Minister and if the reports I’m hearing are true, it didn’t go well. China has been becoming more and more aggressive in recent years and they are now hassling Taiwan regularly.

We need to stand strong for Taiwan, as we have mutual defense treaties in place with them; but it doesn’t look like that is happening. If China attacks, we may lose an important trading partner, increasing shortages.

Related: If An EMP Hits The US, Will Other Countries Help Out?

On top of that, China has been generally aggressive in the South China Sea, claiming it as their territorial waters in contrary to international law. Their navy has been harassing ours, as well as threatening the other countries who have a claim there.

We can expect to see an increase in their aggressiveness at sea, including some physical attacks on ships and occupied islands.

Increased Problems at the Southern Border

The crisis at the southern border has been largely ignored by the mainstream press, but it is getting more serious by the day. As of this writing, more than 1.66 million people have crossed our southern border illegally this year. At least some of these people have a criminal background, as proven out by the fact that some have already committed crimes here in the United States.

Besides the risk of crime, there are other problems associated with allowing unchecked immigration. These people have to be transported, housed and fed, all of which is being paid for by the government. In other words, paid for by tax dollars. The president is also talking about giving those whose families were separated an unprecedented $450,000; in other words, paying them for breaking the law.

By the way, many of those families were separated by coyotes in Mexico, using those children to get others into the United States. When they were captured by the Border Patrol, the children who were not with their parents were separated from those using them, so that efforts could be made to get them back together with their families. I’d certainly like to know how that is our fault and why we should pay for it. All those payments are going to do is encourage more people to cross the border illegally.

Related: 5 Best Countries To Move To Before SHTF

North Korea is getting bolder again, now that Trump is out of office. They are threatening both Japan and South Korea directly, both of whom are trade partners and with which we have mutual defense treaties. Even if Kim Jong-un can’t attack the United States directly, he can attack those two countries, dragging us into phase two of the Korean War.

In case anyone has forgotten, Kim Jong-un has threatened to attack the United States, using a high-altitude nuclear explosion to cause an EMP to disable our electrical grid. This threat was reported in their state newspaper, meaning that it is his official government policy.

While his missile program hasn’t yet reached the point where it can explode that nuke over the central United States, he’s getting closer. Just before Trump convinced him to shut down development, they test fired a rocket that would be able to reach California.

Another Surge of COVID Cases

As I stated in the beginning of this article, COVID is giving the world a Christmas present in the form of another surge of cases rising. While it is yet to be seen just how bad this surge is going to get, it seems that the vaccinations we currently have aren’t enough to stop this disease.

The current vaccination program has been highly controversial, with a lot of disinformation and very few facts being spread around. Even so, there are recent reports out of Europe, saying that 1/3 of the people hospitalized for COVID in recent months are vaccinated. If that’s the case, it seems that the vaccinations aren’t doing their job. 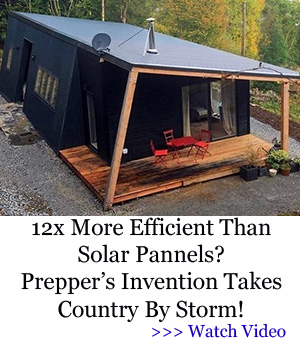 My Personal Bug In Plan

This House Is Actually The Safest Place On Earth (Video)

DIY Projects for Your Prepper Pantry