As COVID-19 continues to ravage our nation, the economic toll is racing to outstrip the toll in lives taken. While there is clearly no way of comparing the two, the millions of people who have lost their jobs due to the pandemic are the ones who are suffering the brunt of shutting down our country. Many of those people will never get those jobs back, because the companies who laid them off have gone bankrupt.

We have yet to see the full impact that COVID-19 will have on our country and the world.  Even so, it’s surprising that we haven’t yet entered into a time of economic depression. Many financial gurus are predicting that it’s just around the corner, so we’re clearly not out of danger yet. Probably the only way we’re going to see the end of that risk, is by going through the depression and coming out the other side.

Some people have been a bit too quick to dismiss the effects of the pandemic, forgetting that it has been worldwide, not just here in the United States. While there are those who may be trying to use it for political gain, they can’t be making up the disease or its effects; doing that would require creating the conspiracy of all time.

So, as we are navigating the waters of the remainder of this pandemic, we also need to be preparing ourselves for the rough financial times to come. For those who can, moving to one of these areas might just be a good idea, as it could minimize the impact of the depression on their lives.

Related: 50 Tips From the Great Depression 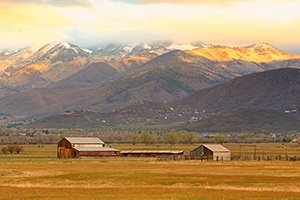 If we want to look at this question from the viewpoint of general areas, then rural farming communities are some of the least impacted by any recession or depression.

People will always need to eat, so if you’re working in the agricultural industry, chances are pretty high that you’ll keep your job.

The problem with this is that the actual number of jobs available in those communities isn’t really all that high. If you lose your job, there may not be a whole lot of others to choose from. So you’ll want to make sure that you pick a job which will guarantee you some security. Avoid any sort of luxury food items, as those will be one of the first places where people will make cuts to their budgets.

Besides that, rural communities are less likely to be affected by the rise and fall of economic tides, because many of the things impacted by them aren’t affected so much. Housing prices don’t suffer under population pressures and there aren’t so many economically fragile service industry jobs. So if you’re self-employed, working over the internet, where you could live anywhere, a rural community might be just the place for you.

The City with the Lowest Unemployment Rate 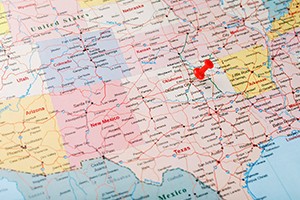 For a large city, Oklahoma City has the lowest unemployment rate in the country, according to information from the US Bureau of Labor Statistics.

While this can change, and will most likely go up during a depression, chances are that even at its peak, the unemployment rate in OK City will be lower than it will be within the high-population coastal areas.

Oklahoma’s economy is based largely upon oil and gas production, which will probably remain fairly high, even during times of economic hardship. While there will be some reduction in gasoline usage, most of the oil and natural gas produced in this country is used for purposes that won’t just stop due to a downturn in the economy. 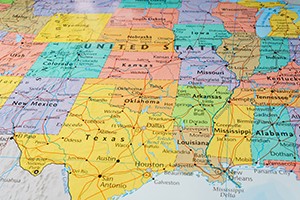 Frisco, Texas is rated as the most recession-proof city in the country.

This ranking is based upon a combination of their unemployment rate, percentage of income spent on housing, and the percentage of the population who rely on social assistance.

With an economy that stable, the impact of any economic downturn will be lessened, compared to other parts of the country.

This envious ranking has been verified by various different groups, not all of which use all of those criteria. Nevertheless, the city ranks high for employment and housing, no matter what scale is being used.

The City with Plenty of Jobs 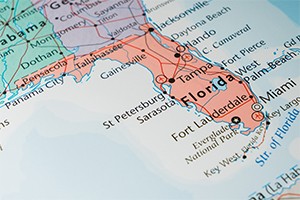 Leigh Acres, Florida is the fastest growing city in the US, ranking very high in its jobs and economic rank, as well as its socio-demographic rank.

The high growth can very easily translate to a lower overall financial impact from any recession or depression.

Of course, to take advantage of this, you’d want to beat the rush and get there before the depression starts. Once things turn bad, there will be a lot of people looking to move to someplace where there are plenty of jobs. This will change the statistics for Leigh Acres, as well as other cities which currently rank very high for job growth.

One of the Fastest Growing Regions

During the 2008/2009 housing crash, the Rio-Grande Valley area of South Texas was one of the least impacted in the country. Where housing starts in much of the country dropped to near zero, this region was still growing, with new homes being built. It has continued to grow and has remained one of the fastest growing regions in the country.

The Rio Grande Valley is a major crossing point between the United States and Mexico, with hundreds of maquiladora factories located on the Mexican side of the border. This has boosted commerce in the area, not only due to products coming across the border, but also in providing goods and services in support of those factories.

Many of the upper management live on the US side of the border, especially in the cases of management people from other countries who have factories in Mexico. 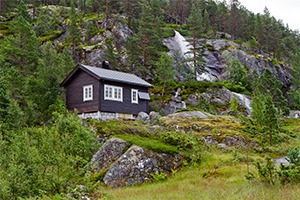 No matter what happens, your best bet is to be living an independent lifestyle, preferably in a cabin in the mountains.

If you are self-employed and can manage to pay off that property, perhaps from the sale of your current home, you might be able to live quite inexpensively, helping you to weather any financial storm.

During the Great Depression, some of the people who were impacted the least were people living in such areas, as well as those living in rural communities. The less that people were dependant on others for their income, the easier it was for them to survive. Chances are pretty high it will be the same this time around as well.

Watch Out for These

Probably the worst place to be living with the coming economic depression is in any of the major cities, especially those along either coast. The high number of people living in those areas will mean that available aid and resources will have to be spread out over a larger number of people. While large cities generally have more resources, the amount of resources per person is generally lower.

Every job that is advertised in a large city already has a long list of applicants. That will only get worse, as the economy gets worse. Chances of finding a job will become harder, as the competition increases. There will also be more jobs lost because they are “non-essential”, leaving those people without another option, as whole industries see massive declines.

It’s also impossible to live off the land in the city. While it is not easy to live off the land anywhere, living out in the country or even in the suburbs, allows you to plant a garden and raise a few chickens, to help feed your family. That’s hard to do when living in a high-rise condo or apartment. 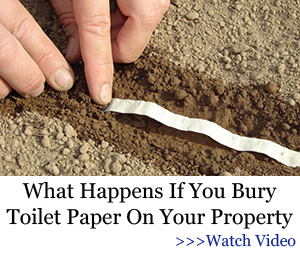