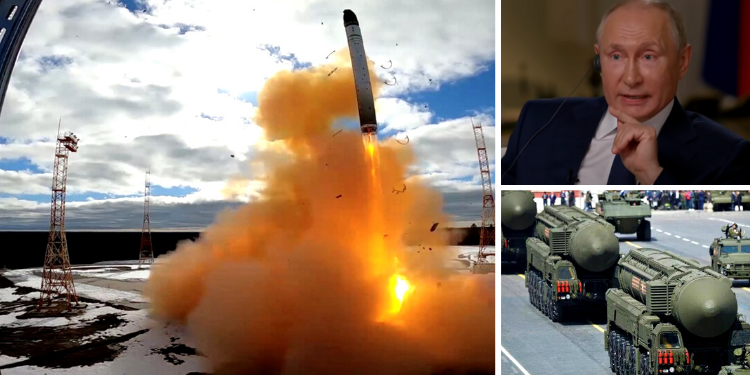 As the United States keeps sending “lethal aid” to Ukraine, despite repeated Russian warnings, could the unthinkable finally turn into a dark reality for our country?

It’s no secret that Putin is becoming increasingly frustrated by his army’s lack of substantial progress on the battlefield, which he mostly blames on the sophisticated weapons being supplied by the West to his enemies. 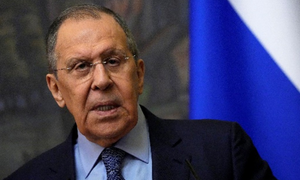 NATO, in essence, is engaged in a war with Russia through a proxy and is arming that proxy. War means war.

We see how dangerously our Western colleagues, are acting now, which, in violation of all their so-called principles and values, are encouraging the supply of deadly weapons to Ukraine.

Historical experience shows that a crisis causes either a recovery or has catastrophic consequences.” 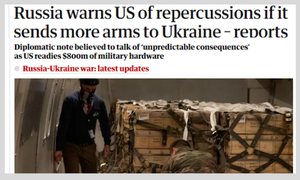 Related: How The War In Europe Will Affect The US Economy

While on the surface this could be interpreted as more bark than bite from the Russians, the US is playing a very dangerous game of brinksmanship in Europe.

On April 15 a diplomatic note, also known as a “demarche” was sent by Moscow to the US Government. It read: 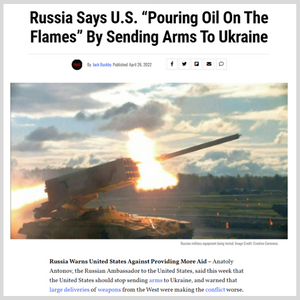 “We call on the United States and its allies to stop the irresponsible militarization of Ukraine, which implies unpredictable consequences for regional and international security.”

Just 10 days later, the Russian Ambassador to the US, Anatoly Antonov, said on TV: “We have (already) stressed the unacceptability of this situation when the United States of America pours weapons into Ukraine, and we demanded an end to this practice.

What the Americans are doing is pouring oil on the flames. I see only an attempt to raise the stakes, to aggravate the situation.” 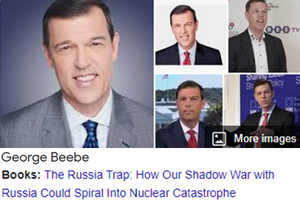 George Beebe, former director of Russia analysis at the CIA, had this to say about these Russian warnings:

“There has been an assumption on the part of a lot of us in the West that we could supply the Ukrainians really without limits and not bear a significant risk of retaliation from Russia.”

Some well-informed people believe that Russian retaliation could come in the form of a single high-altitude EMP strike over the continental US that would usher in chaos unseen in all our history, which could kill 9 in 10 Americans within a year, due to the ensuing starvation, disease, and societal collapse, according to the EMP Commission.

Related: 7 Items To Stockpile To Keep Your Car Running After An EMP

And before you call these guys crazy, let us look at some of the things that gave them reasons to think that way. These are things that most people living in this country do not know or even think about.

In early January 2021, with the whole of America distracted by the US presidential elections, it’s of little surprise that many missed the report written by Peter Pry, the executive director of the EMP Task Force on National and Homeland Security.

The report was ominously called “Russia: EMP Threat” (The Russian Federation’s Military Doctrine, Plans and Capabilities for an EMP Attack).

“Russia: EMP Threat” is probably the best up-to-date assessment by top EMP experts in the US on what Russia can do to blackout our nation and collapse most life-sustaining critical infrastructures.

The first thing that stood out to me while reading it was that Russia DOES NOT consider a HEMP (high-altitude EMP), which consists of detonating a nuclear weapon high up in the atmosphere, to be nuclear in nature.

It falls under what their updated military doctrine categorizes as “Information Warfare, Electronic Warfare, and Cyber Warfare.”

They basically view it as just another form of cyberattack. So, their threshold for launching an EMP strike is probably lower than for dropping a nuke on a city.

It is now believed Russia has developed “super-emp weapons”. These are low-yield nuclear weapons capable of generating over 100.000 volts/meter or higher, which far exceeds even the U.S. military hardening standard against an EMP (50,000 volts/meter).

These weapons can now be delivered by hypersonic rockets, capable of reaching 9 or 10 times the speed of sound. President Putin calls them “invincible”, unable to be stopped by any current missile defense system.

Related: If An EMP Hits The US, Will Other Countries Help Out? 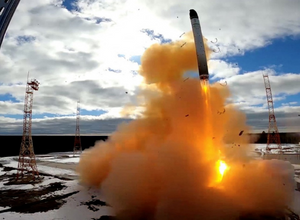 A hypersonic rocket can reach the US mainland in just a few minutes after launch.

This type of weapon is designed for “first strike”. It creates an extraordinarily powerful HEMP field as a means for defeating the United States, paralyzing or at least crippling our nuclear response capabilities.

This could spell the end for the Mutual Assured Destruction (MAD) policy that kept the Cold War from turning nuclear hot.

It might have also made Russia’s top generals (the ones counseling Putin) believe their country could survive a direct nuclear confrontation with the US, if they start it with a massive EMP attack.

Why Is Vladimir Putin Suddenly Preparing His Population For Nuclear War?

Over the past few weeks, his top “propaganda warriors” on TV are spouting one nuclear threat after the next. They’re saying that nuclear war against the US and NATO is the only solution.

Have they all gone mad?

Well… not quite. What Vladimir Putin is probably doing is threatening with the worst possible scenario to then be able to get away with something perceived as “not so bad” only by comparison – which is their EMP strike.

Related: Why Now More Than Ever You Should Prepare For the Upcoming EMP

“For two weeks now, we have been hearing from our television screens that nuclear silos should be opened. And we also hear that these horrible weapons should be used if the supplies of weapons to Ukraine continue.” said award-winning Russian journalist and Noble Peace prize winner Dmitry Muratov on the 3rd of May 2022, referring to the push by the United States, the European Union, and others to arm the war-torn country.

Muratov has himself fallen victim to the regime’s brutality and lack of regard for human life last month in Russia. A man entered his train compartment and threw an oil-based paint mixed with acetone at him, burning his eyes.

No investigation so far. His newspaper, the Novaya Gazeta was forced to shut down publication amid Russia’s invasion of Ukraine for fear of a lengthy prison sentence after Putin’s men cracked down on anyone willing to speak out against the war.

Muratov continued by saying that the most frightening thing in Russia today is that Putin has acquired “unrestricted, absolute power”.

If he decides nuclear weapons should be used “nobody can possibly stop this decision from being taken… not parliament, not civil society, not the public.”, said Muratov.

There is an old saying that all is fair in love and war. And there is no denying that we are already in a proxy war with the Russian Federation. They’ve said as much.

The question remains…will Vladimir Putin use an EMP strike as his revenge against the West?

Only time will tell, but there is no denying this scenario is becoming more likely as we keep supplying ever more complex weapon systems to Ukraine and bogging down Putin’s war machine. History shows us that a dictator will do anything to remain in power, including taking crazy escalatory steps if he thinks he can get away with it.

That’s why it probably makes more sense than ever to prepare your home with the items and things you need to survive a post-EMP world.

In case you’re interested in this, then I can recommend a very practical physical book called No Grid Survival Projects that was designed to help people survive long-term without a working GRID, in a collapsed society.

This 300-page book contains dozens of ingenious projects that anyone can and probably should add to their property before it’s too late. You can check it out by clicking the link below:

70+ Projects That Help You Survive Long-Term Without a GRID 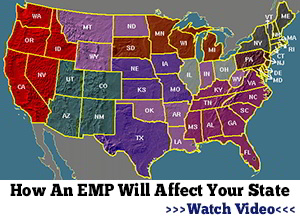