Baby boomers are learning some alarming news – their retirement isn’t enough. After being told all their lives that having a million dollars in assets would guarantee they had enough for retirement, they’re now being told that they need double that. Considering that few of their generation worked for the same employer all their professional life, few actually have any retirement to speak of. As for savings, the median for that generation is $144,000.

This means that most will have to depend on Social Security for their retirement. But the average Social Security benefit is only $1,470 per month. After paying a lifetime into the Social Security fund, they are finding that what they will receive back isn’t enough to meet their needs. Like their parents before them, many are facing grim financial prospects during retirement.

This is leading more and more baby boomers to try and put off retirement. But that’s not necessarily easy to do. Many companies are actively avoiding hiring people over 50, let alone over 60, preferring to hire younger workers, who will work for less and who are less prone to health problems. While few companies will actually fire someone for being “old,” they might be less likely to consider them for advancement, and may even make things difficult for them, “encouraging them to retire or go elsewhere.

Adding this lack of interest that companies have for our years of experience to the aforementioned problem of not having enough stashed away for our retirement, means that those of us who are facing retirement are looking at a rather serious problem. How are we going to live on what we have?

For many, the answer to that question is to augment our retirement income in one way or another. But with the problem of getting people to hire you, what can you do? Here are a few top ideas:

Related: How To Make Money Off Grid: Making A Living From Your Homestead 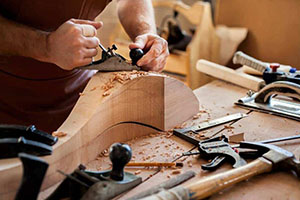 There’s even an online platform for this: Etsy.com. While vendors on Etsy sell other things, there’s a lot of it which is home-made handicrafts. That’s such an important part of the platform, that they ask you if you made it, when you list an item.

One real key to doing business on Etsy is to have a lot of inventory. Give people more to pick from and you’ll increase your chances of making a sale.

Whatever your profession, chances are there are people out there who need your skills. If those skills are something you can do from home, than you can be a freelancer. There is a growing trend for companies, especially small to midsize companies, to hire experts online to do work for them, especially when they don’t have enough need for that work to justify a full-time employee.

Freelance work is available online for just about anything you can do while sitting in an office; usually in front of a computer. It doesn’t matter if you’re an accountant, a computer programmer, a marketing specialist or an executive assistant, someone needs your skills. Actually, a bunch of people need them. There are a number of platforms online which connect freelancers to those who need their services; Upwork.com is probably the biggest of these.

I’ve been a freelance writer for the last 10 years and I make a good living at it. As I’m approaching retirement age, I have no intent to stop my work. I might slow down a bit, not working full-time, but I have no intention to quit. The business I have now will be my business into retirement.

If you’re truly an expert at what you do, perhaps you can kick it up a notch. Rather than just freelancing, become a consultant. Those same companies who don’t want to hire experienced people will often be more than ready to pay those people even more money to come in as a consultant. They want that experience; they just don’t want to pay for it full-time.

As a consultant, your job is to help the business improve, in whatever your area of expertise is. Years ago I was a manufacturing engineer. When I got out of that, I did some consulting for manufacturing companies, where I looked at their operations and came up with ways for them to reduce costs. That’s all I did. I’d spend a couple of weeks in the company’s facility, nosing around and then produce a report, based upon what I found.

The tricky part about being a consultant is finding customers. You can’t just advertise for this one; better to network with the people you have worked with over the years. Many of them will have moved on to other companies, some of which may need your expertise.

One of the fastest and easiest way to start generating income is to start selling online; and it’s something you can easily do from home. Countless millions of people have started small online stores, some of whom are quite wealthy today.

There are three keys to selling online. They are:

You don’t necessarily have to invest a lot in inventory, in order to start an online store. There are many online stores which have zero inventory, depending on drop-shipping. That’s where the manufacturer or warehouse ship their orders for them; all they do is sell. 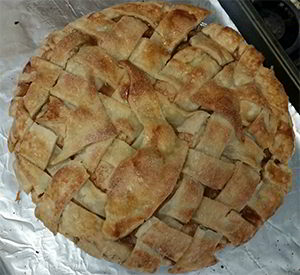 We are living in a time when people are willing to pay exorbitant prices for food. Forty years ago, people wouldn’t think of paying for Starbucks coffee or Marble Slab ice cream. It’s not that people wouldn’t have enjoyed those products, but there was a different attitude about spending money.

Today, what is known as “craft cooking” is a big thing. If you enjoy cooking and can cook some category of food well, then you can build a great little business, right from your own kitchen. I know one guy who started a company making craft pies. His pies would sell for $35 to $40 each! Within months, his business grew so much that he had to rent a building; but even then, he would sell out each day.

Another couple I know, who were from the Philippines, made their living cooking their country’s traditional dishes, either making dinners for people or finger food for parties. They didn’t even have to work every day, in order to make a living.

The real key here isn’t trying to compete with the fast food restaurants or even the big chains. It’s to create upscale food that people can’t get just anywhere. There’s a definite market for that and it’s a market that’s growing. 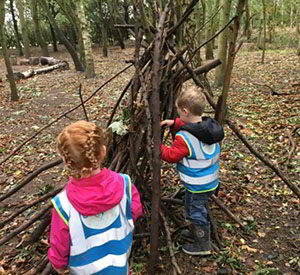 If you have the room and the energy, you might want to consider taking a few children in during the day, offering child care. Most retired people don’t get as much time with their grandchildren as they would like and most kids today don’t get enough opportunity to have time with their grandparents. You could offer an atmosphere where you at as a surrogate grandparent, giving that child much needed love and attention.

If you’re going to do something like this, you’ll probably need to get licensed by your state as a day care center. Amongst other things, that will entail an inspection of your home, to ensure that it is safe for small children. So take a good look around, from the viewpoint of a protective parent, before deciding on this one. Can you realistically make your home a safe haven, where you don’t need to worry about the kids breaking some antique vase?

There are always people who are looking for a place to stay; college students, people who just moved to town, someone who just got out of the military or a single person who just doesn’t want the cost and work of having their own apartment to care for.

You will probably want to check out anyone you rent a room out to pretty carefully. After all, they’re going to have access to your home. You can put reasonable rules on who you’ll rent out to too. If you’re a non-smoker, you may want to make that a stipulation for renting. The same can be said for things like late night parties and loud music. 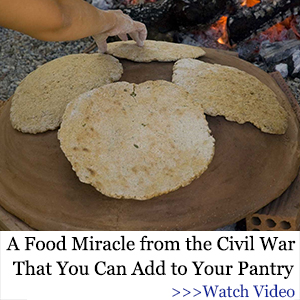