Going off grid is a dream for many. It has become the ultimate symbol of freedom; living your own life, your own way, without having to concern yourself with what society is doing. Better yet is the idea of not having to pay society for everything you need. But getting to that place is not something easy.

Of course, going off grid means different things to different people. On the most basic level, it’s disconnecting from the electric grid and producing your own electricity. But if you’re going to do that, then it makes sense to disconnect from other utilities as well, getting water from your own well, not using natural gas for heating or cooking, and handling your own wastewater. Taking that a step further, why not become totally self-sufficient and grow your own food as well?

Can you do all that? The simple answer is “yes.” Many others have done so and done so successfully. That doesn’t mean it will be easy though. You need to think things through before tackling that big move and you’ll be best off taking it slowly. Don’t try to do everything at once, but rather work your way from where you are now to where you envision yourself in the off grid life you want.

Here are a few of the key things I wish I had known, before trying this myself.

#1. Off Grid Power Is Unreliable

As a society, we’re addicted to electrical power. While it is possible to live without it, it’s much easier to live with it. For me, as for many others, going off grid started with the idea of producing my own electrical power and eliminate that high monthly electric bill. 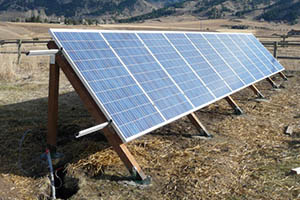 There’s just one thing, it’s not all that easy to produce your own electricity. Setting up a few solar panels and a small wind turbine is only going to get you a limited amount of power. You’ll either need a whole lot bigger system or find ways to do things without electricity. It has taken me years to build enough solar panels to meet my needs; and that’s with doing a lot to use my electricity in the most efficient ways possible.

One overcast day, storm or week without wind can ruin all that though. Unless you have a massive battery backup system for the power you produce, you’re probably going to have times when you run out of power. Be ready for them.

Related: How to Tell in 5 Minutes If It’s a Power Outage or an EMP and Get a Massive Head Start

Our homes normally use AC appliances, lighting and anything else that requires electricity. In some cases, that electric power is converted to DC, before being consumed.

Your alternate power system is going to be all DC. In order to use AC appliances, you need to run the power from your battery backup system through a voltage inverter, changing it from 12 volts DC to 120 volts AC. Inefficiencies in this process will cost you power that you need.

The solution is to use DC appliances whenever possible. This is how recreational vehicles work and you can too. Granted, DC appliances are more expensive; but they will save you electrical power. Ultimately, that’s more important.

You can do the same for lighting, replacing normal lighting with 12 volt LED lights. Of course, you can also go with oil lamps and candles, but I prefer modern conveniences, even while wanting to go off grid.

#3. Good Soil Is Everything, if You Want to Eat

I’m not a natural gardener. In fact, I used to say that I had a “brown thumb” instead of a green one. Learning how to grow my own food hasn’t been easy. But I will say this; soil is everything. Plants can’t grow where there is no soil and poor quality soil is just about as bad as not having any at all. 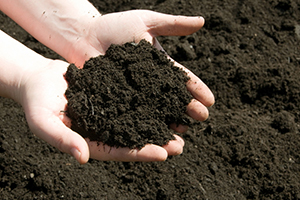 It takes a minimum of one year to build good soil, and that’s if you bring in the best possible components and mix them on site. I spent three years getting to the point where my soil was actually growing a reasonable crop. One year there weren’t enough nutrients in the soil.

The next year, there was too much compost, generating too much heat as it broke down. Finally, in the third year, things were starting to work. But it was the fourth year that I saw a good return for my labor.

Once I hit my stride, I found out that my garden wasn’t big enough. So I had to start all over again, hauling in components, so that I could increase the size of my garden. But that time, I was able to get my soil up to snuff in two years, getting a good crop that second year.

#4. Water and Wood Are Heavy

Two things we all say we’re going to get from nature are water and firewood. Both are possible; but both are difficult to do. Pumping your water by hand is a lot of work, especially when you consider that you need it for your garden as well. A five-gallon bucket of water weighs 40 pounds, and it won’t take all that many of those 40 pound bucket to appreciate exactly how much that is.

You’ll want some way of moving water, which allows you to avoid all that pumping and carrying. I stole a page from the ranchers for that, setting up a water tank with a wind-powered pump. By placing it uphill of my garden area, I was able to plumb in a distribution network, using gravity feed to get the water to my garden. 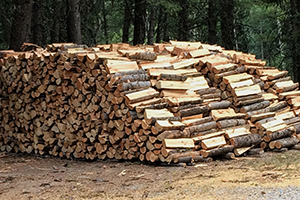 Firewood is just about as bad. I started out using deadfalls, which are much lighter and easier to move. But even those are heavy; so forget about moving them by hand. If you don’t want to move them by hand, you’ll have to have some sort of vehicle that can haul wood, either a gasoline powered one or an animal powered one.

Related: How to Store and Stack Firewood The Right Way 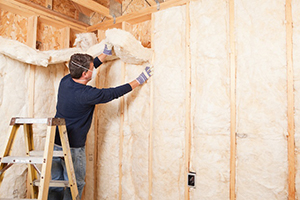 Keeping your home warm in winter and cool in summer isn’t easy. That’s our single biggest energy use. As part of going off grid, you’ll really gain an appreciation of what that means. Proper insulation of your home is critical for both. Keeping the heat in during the wintertime and out during the summertime is all about having proper insulation.

When you design your off grid home, be sure to put heating and cooling at the forefront of your plans. Ultimately, being comfortable is more important than having a view. You can always go outside to get that view.

#6. You Only Know What You Know

Living off grid requires learning a whole new batch of skills. I mentioned my struggles with learning to garden earlier. That was only the beginning of my learning troubles. I’ve had to learn a wide range of other skills as well, from how to care for my chickens, to how to care for a broken leg.

The good news is that many of those skills are things that were considered common knowledge to our ancestors. So it’s not like we’re talking about becoming a rocket scientist here. Rather, we’re talking about the everyday things that need to be done; it’s just that the list is different from what you and I have grown up being used to.

This is probably the biggest reason for going slow, when you’re working on going off grid. Take one or two areas at a time and work on them. Then, when you’re getting comfortable with those, you can start adding other things to your off grid lifestyle. That will help keep you from becoming overwhelmed by all you need to learn how to do.

Related: Homesteading While You Are Sick For A Long Period Of Time

If any of us living in the city need help, all we’ve got to do is get on the phone and dial up our local expert. Not so when living off grid. Yes, the internet is there and your cell phone may even have signal, but if you call for help, it’s going to take a lot more time for it to get to you.

Being self-sufficient doesn’t just mean being so when things are going good, it means being so when everything goes bad. Can you provide effective first-aid if your spouse cuts their leg with an axe? As many others have learned, things like this can cost lives, if you’re not ready to deal with them. But if you know how to deal with them, they can be overcome, even without outside help.