Unless you enjoy the 19th century lifestyle the chances are fuel plays a big role in your prepping. After the SHTF you’ll need fuel to power vehicles, generators and a range of outdoor power tools and agricultural equipment. In the USA, the most common fuel is gasoline. That means most preppers have some stocks of it laid by for emergencies.

Unfortunately, there’s a problem with that. Modern gasoline is pretty high quality, with few impurities in it. That means it can be stored for a long time, if you look after it properly. It won’t last forever, though. Eventually, even in the best containers, the most volatile hydrocarbons in the gasoline will evaporate and escape. As that happens it loses some of its stored energy – and, worse, it gets harder to ignite. With only less volatile oil left, it won’t fire as reliably when your engine tries to spark it, and eventually it will get to a point where it won’t run an engine at all.

Avoid problems by keeping your gas in good, well-sealed containers. Fill them as full as possible, giving less space for anything to evaporate into, and don’t open them until you have to. Store all fuels in a cool place that doesn’t get direct sunlight, and avoid moisture as much as possible – water absorption is a bigger issue with diesel, but it can affect gas too. Finally, rotate your supply. Fill vehicles and generators from the oldest containers; when you go to the gas station, fill up the empties, not your tank. Taking these steps should keep your gas usable for at least two years, and possibly a lot longer.

What if some does expire, though? Gas is highly flammable, so it’s difficult and dangerous to dispose of. Luckily there are some other uses for it.

Mix it With Fresh Gas 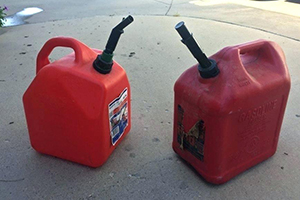 If only part of your gasoline supply is suffering from age, mix it with some fresh gas that you know is fine. The fresh stuff will supply the volatile components needed for ignition; the heavier components in the old fuel will still burn fine once they’re ignited. If you’re doing this use as high a proportion of fresh gas as possible – and definitely no lower than 50%.

Use it in Stoves or Lanterns 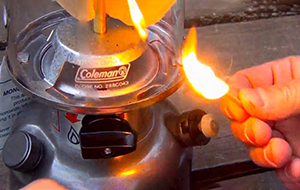 Gas that won’t ignite from a spark can usually still be set on fire with a match or lighter. That means, unless it’s so far gone it’s thickened into shellac, it will work fine in a range of gasoline-powered devices.

A Coleman multi-fuel stove is a great example, and also a really useful survival tool. It’s not much bigger and heavier than a gas stove, the fuel is a lot more compact, and it’s as powerful as the burner on your cooker at home.  Coleman lanterns are also great if you need light.

In an emergency, you can make a Benghazi burner – fill a paint can or large coffee can with sand, soak it with gas and carefully drop in a match. That makes a good heater, and you can even cook on it. 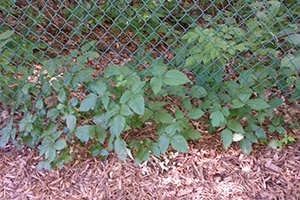 After the SHTF, most of us plan on growing the bulk of the food we need for long-term survival. Managing your land means controlling weeds, and that can take a lot of time. Some chemical help speeds it up nicely. The question is, how much weed killer do you have stockpiled? Not enough? Don’t worry – you can use some of that old gas.

Gasoline isn’t a perfect weed killer. It runs off into the soil and can contaminate the ground water, so don’t use it anywhere near your well. It also isn’t very discriminating – it kills pretty much any plant. If you have a weed problem, though, it’ll do in a pinch. Use it for spot treatment of stubborn weeds – don’t spray your whole yard with it!

Related: How to Get Rid of Poison Ivy 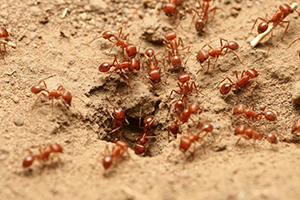 If you’re in the southern USA the chances are you know all about fire ants. Their bites are painful, and if you’re allergic they can be dangerous – plenty people have died from anaphylactic shock after being bitten. And another thing about fire ants is that once a mound is established, it’s hard to shift.

Good news – gas will do it. Even old gas. It can kill ants, and it also repels them. Slowly pour gas onto a fire ant mound, letting it soak in well. A lot of ants will die. The rest will bug out as fast as they can. Watch for them to set up a new mound, then soak that too. If you get a mound while it’s small you have a better chance of killing the queen. Do that and you’ll finish the colony.

Related: Plants You Should Grow Around Your House To Repel Insects And Bugs (Including Termites) 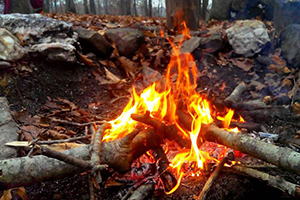 Sometimes you need to get a fire lit but it just isn’t cooperating. Damp wood or high winds can make it really hard to get your fuel going, and that’s when you need an accelerant. Gasoline is pretty good for that.

Need to make a firebreak in a hurry, to help control a wildfire? Douse a strip of ground with gas, give it a few minutes to soak in, then light it. Soak rags in gas and use them to help damp firewood along.

Related: How to Get a Year Supply of Firewood for $10! 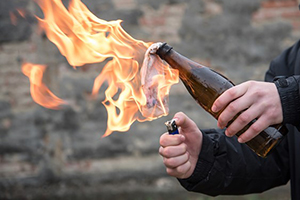 If your property is under attack by looters, you need all the extra firepower you can get your hands on – and sometimes fire is the right word.

Need something with a bit more oomph to deter those thieves? The Molotov cocktail is a classic. Just fill some bottles with your old gas, stick a rag in the neck and tilt the bottle to soak the rag. Then light the end and throw it hard enough it’s going to smash on impact. Instant firebomb. You can also dissolve foam packing peanuts in the gas to make improvised napalm.

Restore it With Additives 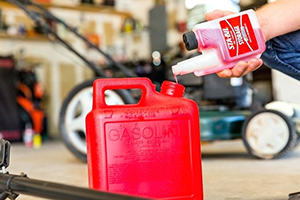 Finally, if you have the right supplies you can just restore the gas to good condition and use it in your car or truck. There are additives you can mix with old gas that will bring it back to, if not as good as new, certainly good enough to run your engine.

Sea Foam and Stabil are gasoline stabilizers that will help preserve gas for longer before it starts to degrade. If it already has degraded they can at least partly restore it by restabilizing the separated components. Old gas is often contaminated with water, which can stop it igniting and even cause serious engine damage. HEET gas line antifreeze and water remover will sort that out.

Proper storage, and use of stabilizers, will do a lot to keep your gas in good condition. If it does deteriorate, though, additives will probably be able to make it usable again – and even if they can’t, there are plenty other things you can do with it.

Expiration Cheat Sheet Date for Everything!