Chances are, you’ve got a bottle of hydrogen peroxide in your medicine cabinet or first aid kit, or maybe even with your cleaning supplies. This common household item is also known by it’s chemical representation H202, and it is typically found in pharmacies and supermarkets in the pharmacy area. It’s commonly found in homes because it has several different applications, and it’s quite safe and effective compared to many other products that fulfill the same purposes. If you don’t currently have a bottle of hydrogen peroxide handy, here are a few reasons you might consider grabbing some at the next available opportunity.

Related: This Common Household Cleaner Has Over 50 Survival Uses

Be forewarned: taking hydrogen peroxide internally can be dangerous, and you should always speak with your doctor (or veterinarian in your animals’ case) before using home remedies like those found above. It will also bleach everything, from your skin to fabrics, so be cautious. 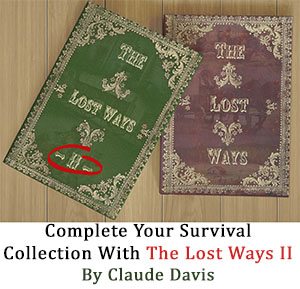 US Nuclear Target Map. Do You Live in The Danger Zone? (video)