When you need to get out of town as quickly as possible in an emergency, not all vehicles are created equal.

What’s ideal in one situation probably won’t be ideal in a different set of circumstances. Therefore, this article will look at several affordable – totally different – vehicle options.

In this first approach, you will focus on being able to travel as far as possible on a given amount of fuel and have the option to cut through traffic. The most affordable option is the motorcycle.

But a motorcycle isn’t the perfect bug out vehicle for all situations.

This second approach emphasizes not standing out and being able to do a lot of things moderately well. An affordable recommendation is the hybrid sedan.

The reasons for this recommendation are:

Some drawbacks to using a hybrid sedan as your bug out vehicle include:

This third approach is to use a minivan, which is very similar to the second approach, but provides more cargo carrying capacity while still blending in.

Advantages of using a minivan as a bug out vehicle include:

Cons for having a minivan as your bug out vehicle include:

If you know you’ll be avoiding the roads in your bug out situation, an off-road vehicle is probably a must-have. There are many off-road capable vehicles, but an affordable and practical option is a pickup truck with a camper shell.

The benefits of this bug out vehicle include:

Potential pitfalls for having a pickup truck with camper as your bug out vehicle are:

If you want to be able to have the most amenities and carrying capacity while bugging out, a recreational vehicle (RV) is your most realistic option. While not the most affordable when new, a used 2001 Class C RV with less than 100,000 miles can be purchased for under $10,000.

The benefits of having an RV as a bug out vehicle are:

However, the drawbacks to bugging out in an RV are significant: 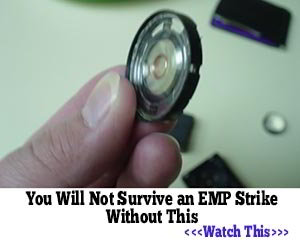 Going Beyond the Bug-Out-Bag

Would You be Able to Leave Someone Behind?