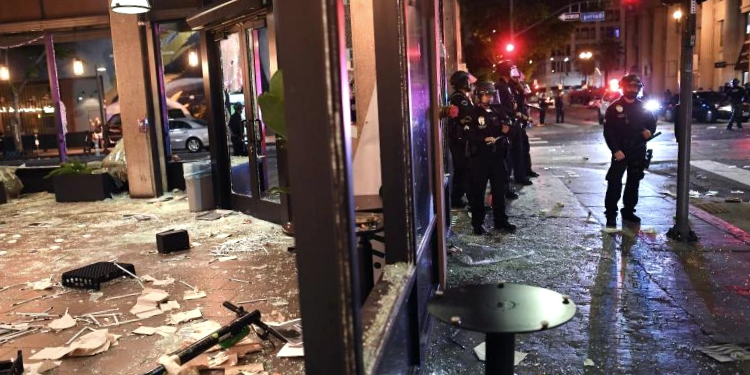 Whenever we think about natural disasters, the subject of looting is not far behind. Looting does indeed occur in the wake of disasters, but the truth is, that it is not nearly as widespread as we are lead to believe.

That being said, in the event of a total failure of the grid, economic collapse, large-scale civil unrest, or nationwide national disasters, the prospect of no help on the horizon will drive a lot of people to take to looting as a way to get the supplies they need to survive.

What follows is a list I have compiled of the places where I believe you will see looters strike when SHTF.

If the lights go out permanently, everyone will be looking for a generator to power their fridge and freezers. A store that sells generators of any size will be a target for looters.

Related: If You Have A Generator, Do This Immediately

Big box stores will also see their fair share of looting because they are one-stop shops for many consumer goods and food products, making them tempting targets.

Hardware stores will also be targets not only for the generators but for supplies and equipment that would be useful in securing homes. 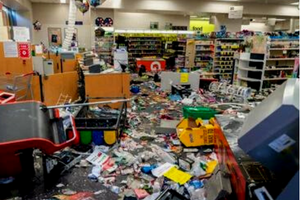 If the COVID-19 pandemic taught us anything, it is that so many people do not have sufficient stores of staple food products such as rice and flour but also other products like toilet paper.

The pandemic caused supply chain disruptions that were made worse through panic buying.

In the event of an SHTF situation, where the supply chain is permanently cut off, the same people who were panic buying will have to resort to looting the local grocery store to feed their families.

Organized gangs of thugs will inevitably also target these stores to re-sell their ill-gotten gains on the black market.

Ask yourself what you would do if disaster struck and you or a family member needed medication to survive. Would you steal it?

⇒ An Ingenious Way To Stockpile Prescription Medications At Home

Millions of people require prescriptions daily; if the supply chain is cut off, they will have to find these drugs through other means. One of these may be to loot the required medicines.

Another group you will see looting these locations are those addicted to drugs and in desperate need of their next fix.

Also, people with injured family members at home may decide that boosting some medical supplies is better than waiting in a post-SHTF triage center. 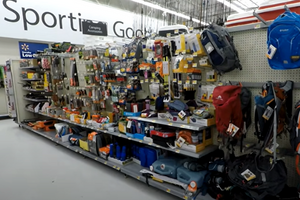 Most people involved in the survivalist/prepping community have a wide selection of outdoor and camping gear, which would be invaluable in an SHTF scenario.

Those who haven’t prepared will head to the local outdoor store to stock up on the essential equipment.

These stores will also have ammunition and firearms and staff that would hardly risk injury or death defending their employer’s inventory.

It would not take a sizable force of hoodlums to effectively force their way into and loot most private dwellings. This is where operational security (OPSEC) is crucial to keeping your home off the local criminal element’s radar.

⇒ How To Make Your House Invisible To Looters

The problem with a lot of preppers and survivalists is that they often spend far too much time talking about their preparations.

Many of us have heard the phrase ‘I’ll just come to your place.” If too many people know about the extent of your preps, you can expect that some of them will come knocking and won’t take no for an answer. 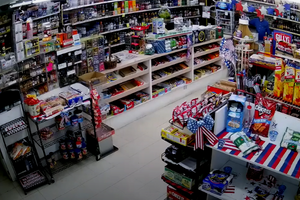 The corner mom-and-pop convenience store may not seem like a prime target for looters, but the inventory they carry on their shelves is invaluable after SHTF.

The real problem with looting these stores is that they are usually the sole income provider for a family and, therefore, will be well defended.

Often, the families running the local convenience store will live directly above or adjacent to it and defend it as they would their own home.

There is an Amazon distribution center a couple of kilometers from my home. Every time I drive by it, I think about what a prime target it would be. Yes, that pun was intended.

There are also many warehouses and other distribution centers that are full of useful food and supplies along with security that will be nonexistent in an SHTF scenario.

I for one, fully expect angry mobs to descend on these buildings when the grid fails, and law and order break down. 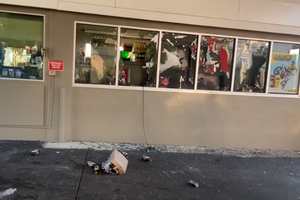 Even if the power is out, there will still be ways to extract the fuel from the underground storage tanks at your local gas station.

I would wager good money that if an SHTF situation befalls us, there will be a lot of organized groups of looters looking to control this critical resource.

We have seen it time and time again that in the leadup to hurricanes, the exodus of people sucks the tanks dry at all the gas stations in the area, but if the lights suddenly went out, it would be a different story. There would be thousands of gallons of fuel waiting for someone with a bit of ingenuity to extract it.

There is a saying that I heard a long time ago that goes, ‘One gun can get you more.’ While it may seem suicidal to loot a gun store, the reality is that the staff in these stores do not stand a chance against a mob of already armed looters. People will want to defend themselves, and raiding the local gun shop will be one way they will go about it.

During localized disasters such as earthquakes, hurricanes, floods, tornados, etc. there will always be some looting. Usually, this kind of looting will be conducted by the criminal element who are primarily driven by profiting from the disaster.

When the disaster is on a national or global scale, and help is not coming, we can expect the looting to be widespread and involve people who would, under normal circumstances, be law-abiding good people.

Knowing where these looters may strike gives you the ability to avoid these hotspots and stay safe during a disaster.

Rampant Inflation: 10 Things To Do Before It’s Too Late

How To Find Preppers In Your Area

30 Smart Ways To Reuse Things That You Usually Throw Away

Best States For Self-Defense. Do You Live In One Of Them?