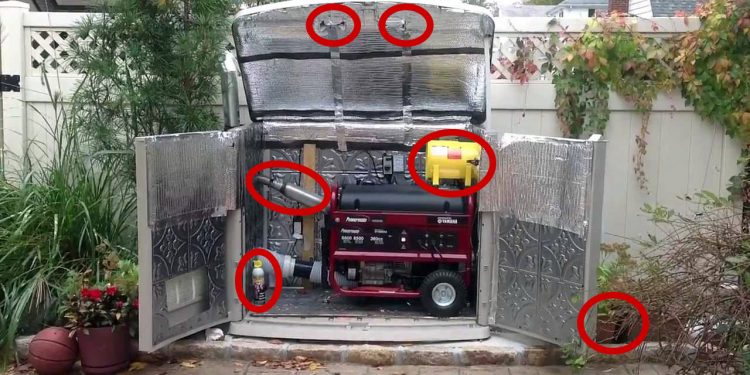 When we talk about off-grid power or emergency electrical power, most preppers are talking about solar panels or possibly a wind generator. We tend to scoff at gas-powered generators, as if they are something that only “amateurs” would use.

Yet even while we do that, disaster management professionals buy generators to power stores, police stations and their emergency operations centers.

Much of the negative attitude about fuel-powered generators in the prepping and survival community comes from the root problem with these generators, in that they need fuel to burn; fuel that won’t be available in a long-term survival situation. But what about short-term survival; wouldn’t it be useful then?

Let’s be honest with ourselves; few of us have enough solar panels to power more than our cell phones, let alone keeping the fridge running. But wouldn’t it be nice to be able to keep our refrigerator working, rather than having all that expensive meat spoil?

Unless you’ve got a lot of solar panels up on the roof, that probably means buying a generator. Fortunately, they’re not all that expensive; so they’re probably a good addition to your prepping stockpile.

But is that it? Do we just need to buy a generator? Actually… not. If you’re going to have a generator, there are a few things you should do, making sure that your generator will be ready for use, the next time a storm causes the lights to go out.

Figure Out Your Plan 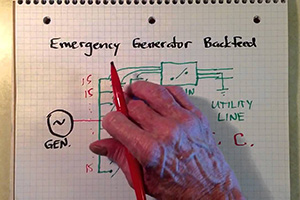 Before even buying a generator, you should figure out a plan for how you’ll use it.

Finally, you can figure out where to place the generator for maximum benefit and how you’re going to get the power from the generator to the various devices that need it.

Related: How to Make Your Own Hydrogen Generator 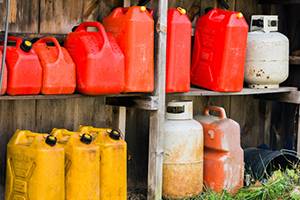 No portable generator is going to be useful without a goodly stock of gasoline to fuel it. That can be problematic though, as gasoline doesn’t keep well over a prolonged period of time. Six months is about the maximum without additives and those additives will only add about another six months to the shelf life.

The obvious solution to that problem is to rotate your gas stocks, following a first-in, first-out (FIFO) schedule. As the gasoline starts getting old, pour it into one of your cars to burn. Then fill that container again, maintaining your stockpile.

Related: The Best Places Where You Can Store Fuels Safely In An Emergency

Better to use metal ones, which can still end up being damaged by expansion and contraction, but will not start leaking. Better yet, buy a used 55-gallon steel drum and put it on a stand, so that it’s laying on its side.

Add a non-sparking spigot in the small bung hole, which should be located at the bottom. The drum can then be filled through the large bung hole. Using some of that gas every month and adding fresh gas to replace it will keep the gasoline usable.

Protect the Generator from EMP

One of the reasons we’re concerned about being able to generate our only electricity is because of the risk of an EMP. With that being the case, it’s important to shield the generator from EMP. That way, it will still operate, even after an EMP attack, somewhere down the line.

There are a couple of ways of doing this, both variants of the idea of the Faraday Cage. The first is to store the generator in a metal shed. That shed is essentially a Faraday Cage anyway, so it will protect the generator from EMP damage.

Just make sure that the generator doesn’t touch the metal of the shed and that there’s a layer of non-conductive insulation between them. 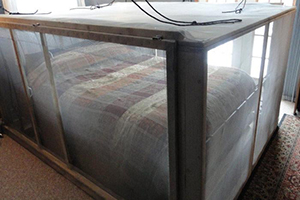 If you don’t have a metal shed, then you still need some form of Faraday Cage for storing your generator.

You could go through the trouble of building something that will work in that way or you could just buy some EMP proof cloth.

This relatively new material is what they’re making those EMP proof pouches for cell phones and other electronic devices. But you can buy the fabric by the yard, allowing you to use it to wrap up your generator.

Having a generator isn’t going to do you any good, if the electricity can’t get where you need it. 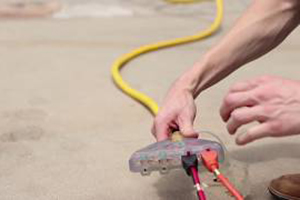 Yet most of us don’t have enough heavy-duty extension cords and splitters to do this.

Better to invest the money in some good, heavy-gauge cords, than to take that risk. 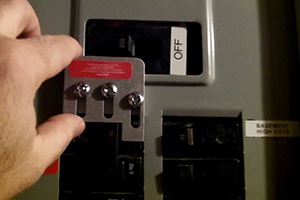 An even better way of getting that electricity from your generator to the appliances which need it is to install a generator interlock at your breaker box. This special circuit breaker and interlock allows you to connect the generator directly into the house’s wiring, allowing the existing wiring to do the distribution for you.

At the same time, the interlock will disconnect the home’s wiring from the grid, making it so that the electricity your generator is producing isn’t just lost in the grid.

The generator interlock is a much less costly solution than the alternative, that of installing a whole house switch. Still, it would be a good idea to have an electrician install this for you, unless you’re comfortable working inside your breaker box.

When the time comes to use the generator, you’re going to be faced with other challenges than just the possibility of running out of gas.

As soon as you fire that thing up, all your neighbors are going to know that it’s there. You can’t really prevent that, but you can reduce how many neighbors hear it. 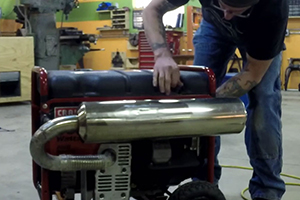 The mufflers on generators really don’t do all that much to reduce the amount of noise they produce. They do something; but not all that much.

You can improve on that by adding on a small muffler of the type that would be found on a compact car.

Weld an elbow to the output of the existing muffler, allowing it to act as the mounting adapter for you. Then either attach the new muffler right to that elbow or attach it through a short piece of tailpipe.

This isn’t going to make the generator totally quiet, but it will help. Your neighbors will probably still hear it; but the guy living a block away probably won’t. So it will make a difference.

A Further difference can be made by erecting a fenced-in area in your backyard for the generator to sit in, when in use. The fence will further absorb the sound that the generator makes and what it doesn’t absorb, it will help reflect upwards.

Between that and the muffler, you will hopefully reduce the generator’s acoustic signature to the point where only your closest neighbors will know it is there.

While you’re building that fenced-in area, you might as well make it secure. That could mean just putting a locking gate on the area, so that people can’t get in there without having to break the lock.

But I think I’d go a step further than that and make a concrete pillar, buried into the ground.

At the top end, install a large U-bolt, while the concrete is still wet. That will provide a great anchor to chain the generator to, making it much harder to steal.

The Only 10 Tactical Hand Signals You Need to Know

13 Genius Seedling Hacks That You’ll Be Glad to Know