In today’s day and age, most of us have access to a luxury that we often take for granted – refrigeration. We can purchase large quantities of meat at the grocery store – or even butcher our own animals at home – and either freeze or refrigerate them for later use.

But in many parts of the world, that’s not the case.

While we might enjoy the luxury of being able to choose which meats we want to eat and at what times, in some places, eating meat is less about enjoyment and more about efficiency.

In this article, I’ll tell you more about how you can keep a slaughtered animal from spoiling without refrigeration – all by eating it in a certain order.

An example? The Eid Al Adha is a Muslim holiday celebrated in many regions of the world, including Morocco.

A much anticipated day, it begins with a special family breakfast first thing in the morning, after which time the men go to the mosque for prayers. Later in the morning, a sheep is sacrificed by the king and then each household ceremoniously sacrifices its own sheep, too.

The meat is processed in the halal tradition. After the animal has died, the skin is removed and given away. Then the meat is processed – and every single part of the animal is saved and eaten. The liver is generally eaten first, as it tends to be more perishable than the other organs. The heart and kidneys follow, with the lungs and stomach used to make a soup – all on that first day.

Related: What To Do With Your Frozen Food If The Power Goes Out

Other organ meats (and other meat from the animal’s carcass) are hung outside to dry while the head is cooked and eaten the second day. Muscle meat is eaten and used starting on the third day.

There are lots of strategies incorporated here to minimize food spoilage and exposure to flies.

This is necessary, of course, as the meat is often left hanging in extreme heat for a week or more without any kind of refrigeration. A cloth is wrapped around the animal to minimize fly exposure and all meat is then cooked well-done.

And this practice isn’t exclusive to Muslim countries – many Christian countries engage in similar practices. For example, the Greek Easter soup is made out of lamb or kid offal, including hearts, liver, lungs, and other highly perishable organs.

Why? The soup is made on Holy Saturday and eaten after midnight church services. The lamb is slaughtered a bit earlier so that the main meats (like a leg of lamb roast) can be eaten on Easter Sunday as the first meat allowed after the Lenten fast. Again, no part of the animal goes to waste and all perishable meats are eaten first.

Related: How to Make Portable Soup

What Order Should I Eat My Animal In?

You don’t necessarily need to be following a certain religious doctrine in order to incorporate some of these ideas.

Eating animals that you have slaughtered in a certain order is a great way to minimize waste, particularly if you don’t have refrigeration (although it can be done if you do have refrigeration, too, and simply want to be the most efficient butcher possible.

To come up with the proper order, you have to start with the type of animal you are slaughtering first. I won’t even mention seafood – seafood tends to be incredibly perishable and is very difficult to store without refrigeration (or some other method of preservation, like salting).

Poultry generally is the most perishable, while red meat and pork tend to last a bit longer. That’s good news, as poultry carcasses tend to be much smaller and therefore easier to eat more quickly. It’s going to take you longer to work through a whole lamb than it is a chicken!

Otherwise, eat offal first. It will spoil more quickly than the “muscle” meats of the animal. Go for the heart, liver, kidneys, and other organ meats first.

Other Ways to Keep Meat Fresh Without Refrigeration

There are other ways to rapidly preserve meat for future use so that you can keep it fresh without refrigeration.

An easy way to do this is with salt preservation. In Morocco, a traditional method is to preserve meat in salt and then store the pieces in tubs of animal fat. You can then take out pieces and cook it just like bacon.

When you cure meat in salt, you’re adding a valuable preservation agent. Salt helps to create an environment in which bacteria can’t thrive (largely because it removes much of the moisture). When you add grease, like lard, it helps to further seal out the bacteria, just as it would if you were adding a wax cap when making jams or jellies.

You could also freeze-dry or pressure your meat, but this will require additional equipment.

Related: How To Make Potted Meat

Other methods of keeping your meat fresh include smoking and curing. Smoking is often used in regions that have too much humidity to dehydrate or air dry meat. Curing, or salting, is still used and simply requires a cold area in which you can hang your meats.

Brining is another method, which involves mixing sugar, salt, and water into a brine before submerging your meat in it.

It’s important to note that these methods work best with animals that produce a large quantity of meat, like cows, sheep, and goats.

Ultimately, you don’t have to have refrigeration in order to store your meat long term. You just need to be mindful of food spoilage rates and eat according to those timelines – and not your own personal appetites. With a bit of careful planning, you can stay safe and waste virtually no part of the animal you have slaughtered. 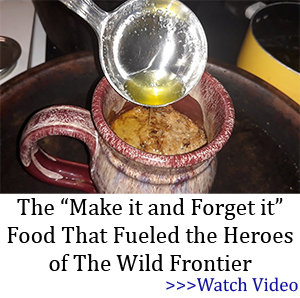