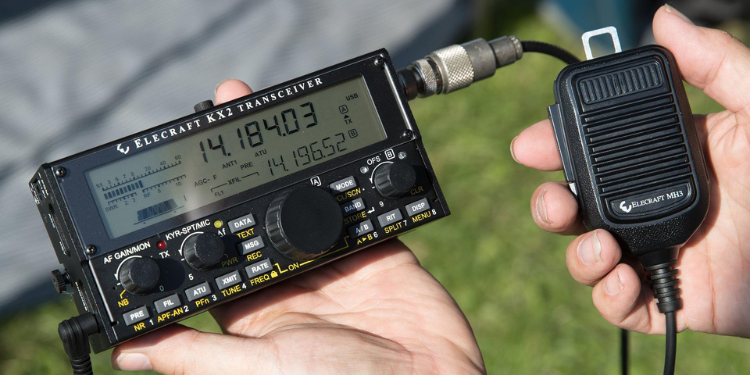 Continuity of communications is critical after an emergency, especially in a grid down or SHTF scenario.

The issue is that modern communication systems are often tied to the grid, meaning that when the grid fails, our ability to maintain effective communication will fail along with it.

Amateur Radio, commonly referred to as ham radio, is an effective way to communicate over short distances or to the opposite side of the globe.

To use Amateur Radio, you must first become licensed. Each country that licenses Amateur Radio operators will have rules and regulations set out regarding testing, privileges, and licensing.

For the purposes of this article, I will be discussing the procedures to become a licensed ham radio operator in the United States. 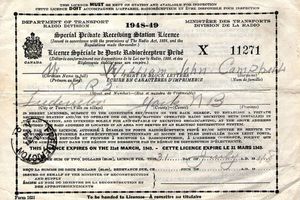 I have been a licensed Amateur Radio operator for only a couple of years, and in that time, I discovered that buying a radio is not nearly enough. To effectively use Amateur Radio equipment after a disaster, practice is essential. All the ‘bugs,’ so to speak, must be worked out before depending on them in a life or death scenario.

The only way to practice and dial in your equipment legally, before disaster strikes, is to become a licensed Amateur Radio operator.

The United States has three classes of Amateur Radio license, each with its own unique set of privileges. The level you decide to test for will depend on your situation and the scenarios you are preparing for.

These licenses are valid for ten years before they need to be renewed. There is also a two-year grace period where if your license expires, you can renew it without retesting.

The Three Classes Of Amateur Radio Licensing In The United States Are:

As a Technician, you have access to all the VHF/UHF Amateur Radio bands and limited privileges to specific frequency spaces and modes in the HF bands. 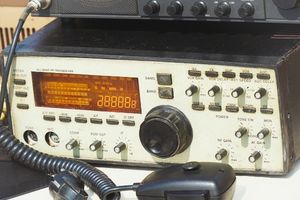 General: The General class license is the next level and grants anyone holding a General license broad access to all the Amateur Radio bands except specific frequency spaces reserved for those holding an Extra class license.

Related: Quick and Easy Cheat Sheet to Learn How to Operate a Ham Radio

To obtain the General license, you must first obtain a Technician license and then pass the 35-question General class license test by answering at least 26 questions correctly.

Extra: The Extra class is the pinnacle of the amateur radio licensing spectrum in the United States. Once you have obtained an Extra class license, you are granted access to the entire spectrum of Amateur Radio bands.

To become an Extra class Amateur Radio operator, you must successfully pass a 50-question test by answering 37 or more questions correctly.

What License Should I Get?

Suppose your goal is to build a robust comms plan for your preparedness in a disaster.

In that case, I suggest you obtain a General Class license. It grants you broad access to large swaths of the frequency spectrum. 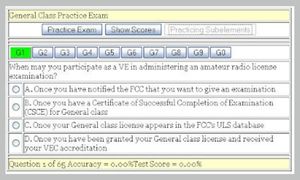 In addition, it will allow you to establish amateur radio stations capable of worldwide communications.

However, this does mean that you will need to pass two tests, but the good news is that you can take these tests back to back in one sitting.

If you find the ham radio hobby appealing, you may want to upgrade to the Extra class, but it is not necessary from an off-grid or prepping standpoint.

Preparing For The Test

We live in the golden age of ham radio, and anyone wanting to get licensed has a massive number of resources available to study for any level of testing.

Generally speaking, there are two ways to go when preparing for the test. You can either find a course which would often be run by a local ham radio club, or you can self-study. 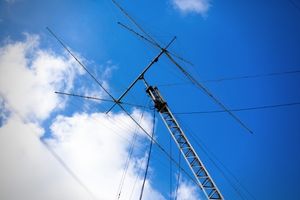 The American Radio Relay League (ARRL) has many resources to help you start your self-study journey, but it is far from the only option.

Websites, podcasts, YouTube Channels, Apps, books, etc., are available to you in your quest to become a licensed Amateur Radio operator.

One of the best ways I have found to study is to take practice tests and then use all your wrong answers as a guide for areas that you need to study.

For example, I would use an app to take randomly generated practice tests from the question pool, which helped me focus my studies on areas where my knowledge was weak.

You will be tested by volunteer examiners (VE). These ham radio operators volunteer their time to test those who want to become hams. The ARRL website contains resources for finding a VE near you.

VEs started testing online during the pandemic, and we did the same thing here in Canada. This is a convenient option if you find it available to you because you can do the test from the comfort of your home.

I took my test from my dining room table in 2020, and the process was very comfortable and straightforward. After you successfully pass the test, the VEs will submit the necessary documents to the FCC, and the FCC will issue you an Amateur Radio callsign.

The callsign that you will receive will be unique to yourself and be a combination of numbers and letters. These callsigns are not chosen randomly.

Instead, they are structured to provide information about where the holder of the callsign was licensed and the class of license they hold.

Callsigns in the United States are a one or two-letter prefix followed by a number that denotes the region and then a one to three-letter suffix.

My Experience Getting A Ham Radio License

I studied for and passed the Basic Amateur Radio Qualification here in Canada. Because I scored above 80 percent, I am granted privileges to all Amateur Radio bands, similar to the General class license in the United States. The test we take in Canada is a 100-question test.

In my study efforts, I used a textbook and an app that randomly generated tests from the question pool. One of the best resources that I found was YouTube. During my studies, I encountered many topics that I found confusing.

A quick search of YouTube inevitably brought up dozens, if not hundreds, of videos offering in-depth explanations of what I was confused about.

Many ham radio-related podcasts often have episodes devoted to the questions you might have or the topics you need clarification on. One such podcast that I found very helpful was the Ham Radio Crash Course Podcast and YouTube Channel; they answered almost all my ham radio-related questions.

It doesn’t matter what emergency you are preparing for; an Amateur Radio license should be considered as essential as food, water, shelter, and protection.

My time in the military taught me that the quality and effectiveness of communications could make or break an operation. Never underestimate the importance of comms; ineffective comms absolutely will get people killed.