How Much Ground Can You Cover Each Day Walking with Your BOB?

We all have our own ideas about how to find a safe refuge after the SHTF. Staying at home – “bugging in” – is a good option for a lot of people, but many of us live in places that just aren’t that safe. If we’re going to survive the aftermath of a catastrophe, we’re going to have to get to a bugout location, whether that’s a well-stocked bunker deep in the woods or a greenfield site, where we can live off the land for a while until the situation has improved. The question is, how are we going to get there?

Bugout plans are one of the most critical things if we’re going to survive a crisis. They can’t be left to chance; if you decide to just wing it and see what things are like on the day, you could be putting yourself in a lot of danger. It’s vital to know in advance how you’re going to get to your BOL safely and with all the gear you need. 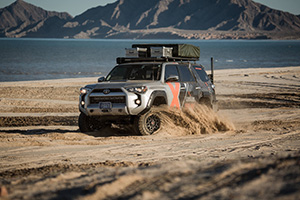 If your BOL doesn’t already have a stockpile of supplies the chances are you’re going to need a vehicle to get yourself and all the essentials there. On the other hand if you’ve already stocked it with food, fuel and tools, you can make the trip there with a much lighter load. Your bugout bag should hold everything you need to get you to your refuge, and that opens up a lot more travel options. One of those is to make the trip on foot.

There are a lot of attractions to bugging out on foot. Maybe the biggest is that it’s reliable. It doesn’t matter if there’s an EMP powerful enough to immobilize all but the most hardened vehicles. Doesn’t matter if refugees, military checkpoints, flood waters or volcanic ash have closed all the roads. If you’re traveling on foot you can just keep going, adjusting your route as necessary. 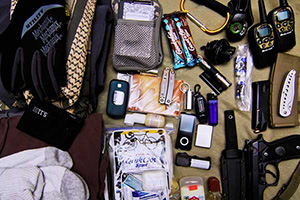 Of course there’s a down side too, which is that traveling on foot is slow. Your trip to your BOL is probably going to be measured in days, not hours – and just to make it worse, a lot of us underestimate how many days it’s going to take.

That isn’t just inconvenient, either; it could be dangerous. If you’re far wrong about how long it’s going to take, you might not pack enough food and water for the trip – and that could kill you.

How Fast Can You Travel?

A proper bug-out bag isn’t lightweight. You’re looking at overnight kit like a sleeping bag and some kind of shelter, bad weather clothing, food, water, first aid kit, weapons and ammunition, plus whatever other items you didn’t already take to your BOL. You’ll be doing well to keep your load much below a third of your body weight, which is about as heavy a load as you can carry any distance, unless you’re at absolute peak fitness. 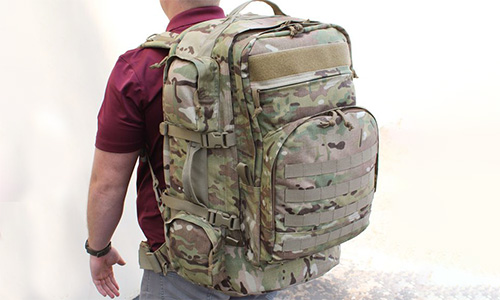 Even keeping the load down to below a third of body weight, you’re not going to be moving at a normal walking pace. Most people can walk as close to four miles an hour without a load on flat pavement, but on the way to your BOL you won’t have it so easy. A lot of the time you’ll want to avoid roads – that’s where the refugees and checkpoints will be – and you’ll have to travel cross country.

With a heavy pack on your back, even level grassy ground – a well grazed pasture, for example – will be slower going than a road. Rough grassland is much worse, because you need to take care not to twist your ankles on the uneven ground. Woods? Even slower. Marsh? Very slow. Stony hillsides? Slooow.

A lot of people have wildly optimistic ideas of how far they can walk in a day. Some think they can reliably cover 30 miles; a few think 40 is achievable. Unless they’re very, very fit, they’re all wrong. 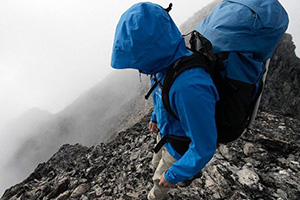 The best way to work out the maximum distance you can cover in a day, along your planned route to your BOL, is by using Naismith’s Rule. William Wilson Naismith was a 19th century Scottish mountaineer, so he knew a thing or two about carrying a pack over rough ground, and his 1892 time and distance calculation is still useful today.

Naismith’s Rule assumes you’re reasonably fit and not facing extreme weather, terrain or obstacles. If all that applies, you end up with these two estimates on time and distance:

This rule is useful for choosing routes – you can roughly calculate whether it’s going to be quicker to go round high ground or over it, for example. Don’t forget the assumptions at the start, though. If you’re less fit, or facing extreme conditions, you’ll be slower.

Walking through deep snow can slow you down dramatically, but even wind and rain will take some of your speed off. Walking on loose scree is a lot slower and more dangerous than crossing firm ground. If you’re on farmland with a lot of barbed wire fences and drainage ditches, or trying to get through thick woods, obstacles will constantly delay you. 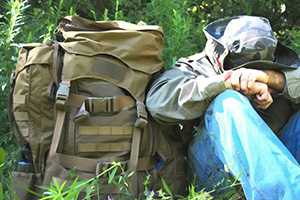 Don’t make the mistake of thinking you can get up at dawn and walk until sunset. You’re going to need breaks – three meals a day, plus rest breaks of five to ten minutes in every hour. You have to set aside time to find a campsite each night, as well as to look after your feet, boots and gear. Even in summer it’s unlikely you’ll fit in more than eight hours of walking a day.

Going by Naismith’s Rule, if your route isn’t too hilly the maximum you can cover in a day is going to be around 24 miles – but that’s in ideal conditions. Realistically you can cut a third off that, bringing you down to about 16 miles. If the weather is extreme or the ground is particularly bad you might have to cut even that in half. If there’s 18 inches of snow on the ground, or you’re picking your way through a giant marsh, eight miles a day is going to seem like a long way.

Don’t forget to allow for rest days as well. If your BOL is a long way from home and it’s going to take a week or more to get there, your body will really appreciate a day of rest every five or six days. That will give you time to recover physically, do more maintenance on your gear and maybe adjust your route based on what you’ve seen along the way so far.

If you need to cover a hundred miles to get to your BOL, it’s probably going to take you at least a week. Depressed? Don’t be. It’s a lot better to know that now, when you can prepare for it. Just think how much worse you’d feel after three days on the trail, not even half way to the refuge you’d expect to be in by now.

Confessions Of A Man Who Lived 37 Years Off Grid (AMA)