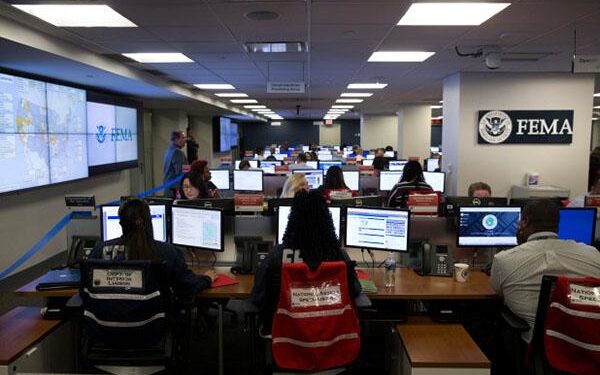 Forward thinkers are always ostracized. It has been that way throughout history. Preppers are no different. We just ought to be thankful we are not living in the time of Socrates, or else we would be lining up for the hemlock.

From large scale civil unrest to the one of an EMP generated by the sun, it’s clear that preppers have been way ahead of their time. These topics were once deemed “paranoid”, or “delusional” but all of the sudden names in pop culture and even world governments are paying attention to these types of threats.

One such threat seems to be leading the pack and has shown up in many recent government reports. FEMA in particular seems to be concerned about the threat of a geomagnetic storm that would emanate from the sun and cause massive power outages across the planet.

A once classified FEMA report has surfaced and goes in depth on the level of preparations and concern that they have for a storm of this magnitude.

The government buys ammo, writes and drafts lots of reports and documents that never really see the light of day. Now, we must be smart about that bit of information.

It’s important to take a look at these for what they are. There is a lot of research and science that goes into creating these drafts and reports. They are not a bunch of made up steps and stats.

However, some of these reports are also never going to be acted upon. That means, though the report may contain some very effective information, it’s not going to affect law or protocol in any way.

To be completely clear, what we have here is an unpublished document that was written by FEMA. It contains some very important information that confirms the government’s understanding of the EMP threat posed by our own sun.

The title of this unpublished report is very telling.

Mitigation Strategies for FEMA Command, Control and Communications During and After a Solar Superstorm

There are many takeaways from this classified FEMA report, but the geomagnetic storm timeline is the core of this document. This timeline shows that this report was put together with a tremendous amount of research and a focus on following the solar superstorm, from its start as a sunspot all the way crashing into the earth’s atmosphere.

At the launching of a massive CME we are left with just 17 hours to prepare. Radio, radiation storms and geomagnetic storm warnings and watches are also issued at this point.

The solar radiation storm arrives at this time and we lose 15% of our satellite fleet due to solar panel damage. There could be greater loss and efficacy issues with GPS.

We would have about 20 minutes notice before this happened. “We” doesn’t necessarily mean you and I would hear anything.

There is no going back from this point. This is basically the point when we have an EMP on our planetary doorstep.

Related: How to Tell in 5 Minutes If It’s a Power Outage or an EMP and Get a Massive Head Start

At the heart of the EMP fear is the loss of services. We all know that once shipping stops things get ugly fast. When the food and medicine are no longer being shuttled around the nation, people get hungry and desperate.

Water systems will also be affected by an EMP. Much of the process that cleans your water is governed by computers and machine systems. Those go away, too!

In this report they discussed something that was very interesting in terms of communications and infrastructure. It is called the “Cascading Loss of Last Mile Telecommunications over Time”. It’s a terrifying look at how over the span of 8 days all communications will fall, starting with communications from home telecom lines.

The diagram below offers up a telling scenario where this cascading loss takes its grip starting at the residential level and working its way through to the Central Office.

The infrastructure needed to tackle EMP recovery is expensive and hard to make. That’s the deal. We are talking about things like oil cooled transformers that are 60,000 a piece and require special equipment to move around.

Special equipment that will likely not be EMP proof!

Recovery from an EMP is something of a pipe dream if we are honest and if the whole nation is affected. Maybe the military could bring up sections of the grid at a time, or maybe not. However, it really is more of a countdown on human life.

The survival of our society will depend on how many people die in the time it takes to recover from that EMP.

What to Make of all This Reporting?

There are two big takeaways from all these documents coming to light, research being done and even Donald Trump bringing the threat of an EMP to the forefront.

While we can all agree that our bloated government is full of people looking for a way to bide their time and get another day closer to pension, this keeps coming up. Grid down situations are a concern in the halls of government. I don’t think we can deny that.

Even the most cynical of us must agree that without electricity it gets much harder to collect taxes.

How far they will go to take action against an EMP threat is another thing entirely. However, we also have to be honest about our responsibility in this.

We the people cannot bray about small government all day and then complain that they aren’t 100% prepared to assist the public following a total grid down situation.

The second and more important takeaway from this report is that we have a responsibility to prepare and get as many others prepared as possible.

People might seem put off by the message but, trust me, they go home, and they think about putting up their own food and being ready for when disaster strikes.

Editor’s note: If you would like to check out the full report, you can do so by using this link https://www.scribd.com/document/352625647/Unpublished-FEMA-Report-2010 .

This House is Actually the Safest Place on Earth (Video)