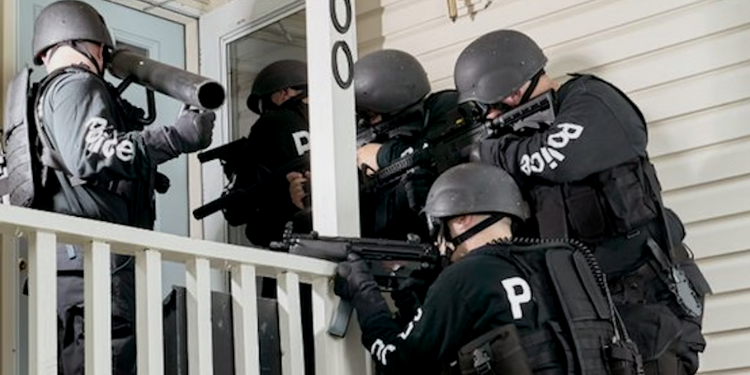 One of the most frightening consequences of an SHTF situation is the specter of martial law. Of course, most of us have nothing to fear from law enforcement under normal circumstances, but when due process and fundamental rights are suspended for the ‘greater good’, preppers and survivalists may find themselves government targets.

Even though there is nothing illegal regarding prepping, all it takes is the stroke of a pen for that to change. If it does, you may find that you are now a target of the government and need to find places to conceal yourself.

Under normal circumstances, martial law will only last until the crisis has been resolved, but in cases of an EMP or economic collapse, you could find yourself under the thumb of the military for extended periods.

Why Is Martial Law A Threat To Preppers?

For the most part, if you are a law-abiding citizen, there is little to fear from the imposition of martial law in your area.

However, local military commanders would be able to confiscate food, water, and supplies to distribute to others in the community or confiscate firearms. 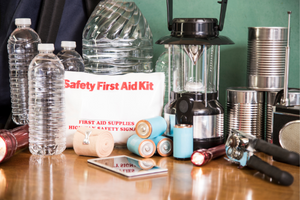 Preppers spend a lot of time and money gathering food, water, and supplies to protect their families in an emergency.

However, there have been instances throughout history where ‘hoarding’ has been discouraged or outlawed, and those found to have ‘more than they need’ had their supplies confiscated.

This is one reason preppers need to exercise good operational security (OPSEC) regarding their preps. The fewer people are aware of what you have, the more likely you will not become a target during martial law.

It is also possible that people with political views in contrast to the current government would also find themselves under increased scrutiny.

Regardless of why you want to hide during a period of martial law, it is helpful to think about what you would do before the emergency rather than during it. The following are five places to hide during martial law.

Stay Where You Are 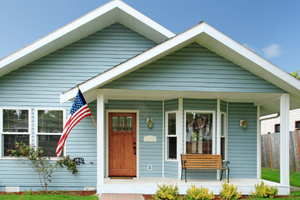 Sometimes the best place to hide is in plain sight. If there is no immediate reason to leave, it is probably best to remain in place and keep your preps concealed.

It is also a good idea to be kind, polite, and helpful to the soldiers tasked with providing security in your area.

⇒ How To Make Your House Invisible To Intrudes During A Crisis

As long as you never give the impression that you will be a problem or act suspicious, there would be little reason for the military to consider you to be of any interest.

In this instance, your goal is to conceal your level of preparedness. Your food, water, supplies, and firearms should be hidden out of sight but leaving a meager stockpile visible for the soldiers to take if they end up being tasked with confiscating supplies.

If soldiers enter your home to confiscate supplies and find nothing, they will be more likely to search until they find something. If you leave some supplies either in plain view or very poorly concealed, they will take what they can see and forgo a detailed search.

Whether you decide to stay put during martial law or leave your home, make sure you have bug-out bags ready to go in case the situation degrades to the point where you will need to escape.

Off-Grid Cabin Or Bug Out Location 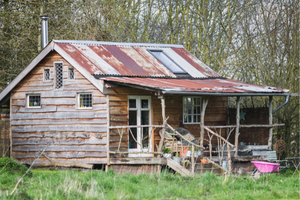 One of the best ways to deal with martial law is to bug out to an off-grid cabin or bug-out location. As long as you do not draw any attention to yourself or your location, you will remain off the radar of the local military commanders.

Related: Bug Out Vehicles – Why Most People Get it Wrong

As with many aspects of prepping, you should exercise good OPSEC and keep the location of your bug-out location a secret from everyone aside from those who need to know.

Modern militaries will have air support with advanced thermal imaging, making remaining concealed difficult. The best way to deal with this problem is to make your cabin or bug-out location look unimportant enough not to demand a closer investigation.

However, the biggest issue with doing this is that you will be placing your family and friends at risk because anyone looking for you will inevitably find themselves at the doorstep of anyone you associate with or are related to. 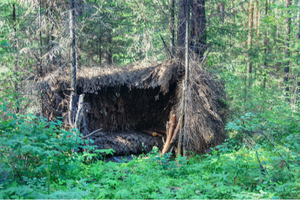 Running away into the wilderness is an option in response to martial law but not one that should be taken lightly.

While it seems that it would be easy enough to find a spot to camp out until the crisis is over, living out of a backpack in the bush is not as easy as it would appear.

Locating enough food will be a significant concern, and existing in the wild while not drawing any attention from the military will be challenging.

Like running to a cabin or bug-out location, military helicopters will eventually discover the heat signatures of your camp and everyone in it. The key is to appear to be of no threat to anyone.

If you are an experienced outdoors person with intimate knowledge of the area, bugging out to the bush is an option to consider. However, if you do not spend a lot of time in the wilderness, this option should be a last resort.

One good place to hide is amongst a community of preppers. If you and your neighbors are all on the same page regarding dealing with emergencies and the prospect of martial law, you can look out for each other and present a united front.

It would be easier to give the impression that your community is not well prepared if everyone is on board and acting to deceive the soldiers together.

Sometimes an emergency, crisis, or disaster will result in martial law being declared. Most of the time, martial law will be suspended once the situation is resolved, and the soldiers will depart.

However, there may come a time when martial law is imposed with no end in sight, and preppers might find themselves in the government’s crosshairs. It is unlikely times like this that we should spend time now considering what we would do in such a situation.