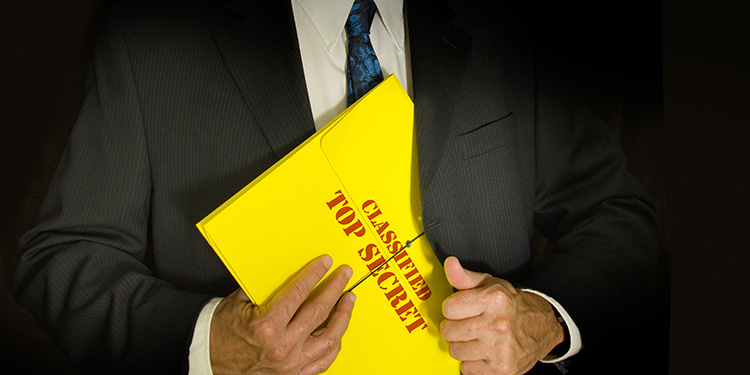 Preppers are a well informed group. There is a serious investigative trait that we all share. We wanna know what’s going on, how it will affect us, and, most importantly, what we can do to mitigate it. That said, the government is very sneaky and might be hiding things from you that you have not considered yet.

Sometimes these things are hiding in plain site and sometimes they are well hidden. Lately, they have just been coming out saying it! But even heinous news can easily be buried in the rapid news cycle.

We are going to look at 4 things the government doesn’t want preppers to know.

The government is currently looking to fill 87,000 positions for additional IRS agents. This was a move that was built into massive spending bills and has been framed in many ways. The hiring of agents would be a measure to back fill for lost positions over the last year. That is the word from the government.

This massive hiring would also allow the government to go after “wealthy tax dodgers” to get all the taxes they are owed.

If you know nothing about the government then you might buy that line. These IRS agents are being hired to focus on crypto and payment methods and tools that are being utilized all over the internet. They wanna know what you pulled from Zelle, PayPal and Square last year and they wanna know how much Litecoin you have.

They are also considering taxing the profits gains on your 401K! So, even when you aren’t conducting transactions to make money, you have to pay a little tax!

The “wealthy tax dodgers” have safe funds that the IRS will never get their hands on. That is how they have earned their name!

They Can Take Your Preps

Now, we are always nervous of things like Martial Law, as preppers. We imagine the legions of armored government agents pulling up and removing all our food storage, at gun point, to “aid” with some far away disaster or war.

This is an old fear of preppers, but it is hardly without merit. The government doesn’t want you to know that they already have the law on the books to come and take, basically, anything they want from you!

The language is terrifying, but it is pretty straightforward.

Sec. 801. Definitions. In addition to the definitions in section 702 of the Act, 50 U.S.C. App. 2152, the following definitions apply throughout this order:

– includes movement of persons and property by all modes of transportation in interstate, intrastate, or foreign commerce within the United States, its territories and possessions, and the District of Columbia, and related public storage and warehousing, ports, services, equipment and facilities, such as transportation carrier shop and repair facilities.

– also shall include direction, control, and coordination of civil transportation capacity regardless of ownership.

This section defines actions taken on all equipment and even on your food.

– means all commodities and products, (simple, mixed, or compound), or complements to such commodities or products, that are capable of being ingested by either human beings or animals, irrespective of other uses to which such commodities or products may be put, at all stages of processing from the raw commodity to the products thereof in vendible form for human or animal consumption. “Food resources” also means potable water packaged in commercially marketable containers, all starches, sugars, vegetable and animal or marine fats and oils, seed, cotton, hemp, and flax fiber, but does not mean any such material after it loses its identity as an agricultural commodity or agricultural product.

The language has been written and the well prepared will be targeted in a national crisis or state of emergency, maybe like the one we have been in for the last year and a half.

The DHS Is Already Targeting You

You may have heard about this bulletin or maybe you didn’t. It was published back in January 2021 but is very clear about the types of threats that the DHS is concerned about. Its hard to believe that we have reached this point.

There is a good chance that you fit at least one of the profiles or sympathize with one of the issues below.

Throughout 2020, Domestic Violent Extremists (DVEs) targeted individuals with opposing views engaged in First Amendment-protected, non-violent protest activity. DVEs motivated by a range of issues, including anger over COVID-19 restrictions, the 2020 election results, and police use of force have plotted and on occasion carried out attacks against government facilities.

Their Relationship with Big Tech

I have a serious disdain for the governments approach to National Preparedness Month. I feel like it is a missed opportunity every year to create a culture of preparedness in this nation. However, in 2021 I saw another example of the unholy union between our government and big tech that is used to target preppers.

Related: How This Pandemic Allowed The Government To Track Preppers

The government has concerns about you and your preps and your motivations. They do not like your independence.

You may have noticed a message popping up on Facebook back in September. It was clearly a partnership between big GOV and big TECH. The message showed up on Facebook accounts and was asking users a very simple question:

Are you concerned that someone you know is too prepared?

Why would the leader of the Metaverse, Mark Zuckerberg, care about this? This is one example of many that the government is deeply embedded in big tech and using social media against preppers.

Preppers are interesting members of society. By accruing skills and resources they have also afforded themselves agency. Its liberty in even the worst case scenario. It’s clear that the government wants an OFF switch for the types of behavior that they deem “extremist” or “dangerous” to their agenda.

You might think that governments want to take your money or your right to pursue happiness. Unfortunately, it is much darker than that. The government is after one thing and one thing only. They want to take away your ability to say, ‘No.’

Resistance to the government’s plan to craft your life for you is just not an option in their eyes. Preppers and homesteaders stand in the way of this, and we will always be a target for that. 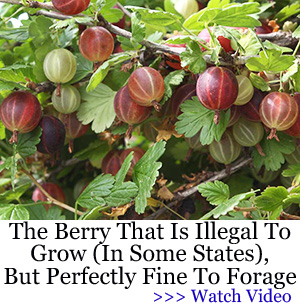 20 Foods You Can Preserve in Pantyhose

What Happens If You Put Lemons In Your Socks