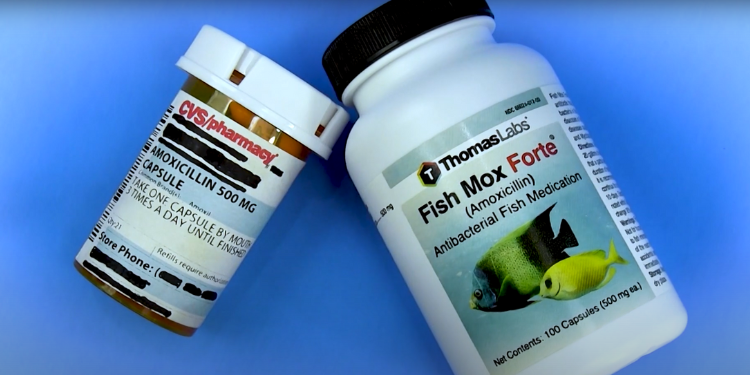 In the later stages of life, you must remain stocked on all kinds of medications. We never know when pharmaceuticals may run out of medicines, causing us to miss our essential drugs.

Early a number of fish antibiotics were purchased in the US alone for human use. If you have been fearing running short on traditional antibiotics and want to switch to fish antibiotics, then worry not, as you have landed at the right place.

This article will brief you on everything about fish antibiotics and how you can stock them.

Is There Any Possibility Of Pharmacies Running Out Of Traditional Antibiotics?

Even though medications might be prescribed using artificial intelligence tools soon, some possible adverse effects might still arise. One of the significant consequences we might face in the pharmaceutical industry is running dry on antibiotics.

Because there have been very few antibiotics under development, the time is not too far when we might start running out of antibiotics.

Sooner or later, hospitals will no longer be able to treat infectious diseases. Consequently, once-treatable infections would become fatal and incurable. So there is a chance that we will run out of medicines in the future.

Related: How Will You Treat Your Current Ailment When The Medical System Collapses? 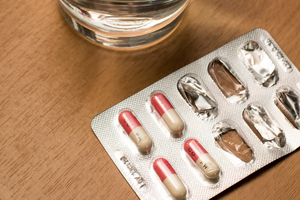 Around 28 million US citizens don’t have medical insurance, and the cost of medicines has constantly been rising during the last years.

Since fish antibiotics are cheap and similar in composition and other specifications to human antibiotics, many people opt for them.

It is also thought that many people will stock up on them if pharmacies run out of human antibiotics. But can we ingest them that quickly? Then what is the point of spending so much money on human antibiotics?

What Are Fish Antibiotics?

Ailing fish are often administered the same antibiotics as humans. Some of the common fish antibiotics include ciprofloxacin, amoxicillin, and penicillin.

These medicines are available over the counter or over the internet without any prescription in many regions across the US. 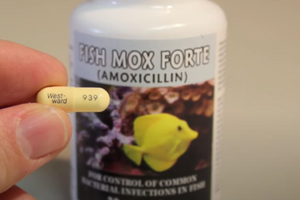 Because they are readily available to purchase without a prescription and are a cheaper alternative to human antibiotics, many people have been ingesting them lately.

People would often buy and administer them according to the doses they find online.

⇒ Stop Spending Money At The Pharmacy By Growing These 10 Plants

A survey conducted online found that many people have been switching to fish antibiotics for the following reasons:

Before taking any kind of antibiotic, it is necessary to understand where it comes from and its possible effects. Below we will be having a brief comparison between fish and human antibiotics. 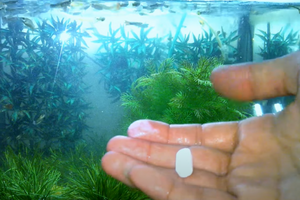 Most of them have the same range of antibiotics used to treat infections and other diseases. However, the only thing that can differ here is the chemical form of the antibiotic.

Because they are released into the fish tanks so fish can absorb them, they might have a different form than human antibiotics.

Fish and human antibiotics might have a lot of things in common, including the same color, shape, imprints, and even composition, as discussed earlier. Research suggested that they all had a similar texture.

One significant difference among these antibiotics is that fish antibiotics are available over the counter without any prescription.

Related: The Best Over The Counter Drugs You Should Hoard

In contrast, human antibiotics can only be purchased through a physician or medical expert prescription.

Pet drugs aren’t regulated by the Federal Drug Administration. Because of this reason, we cannot claim that they are safe to consume or not. 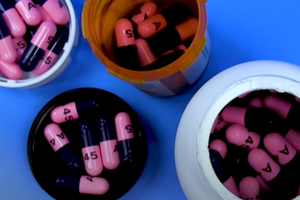 However, if we ever run short of antibiotics in the future, we can have them as a substitute for some time. If consumed for an extended period, it can cause adverse consequences.

For example, fish Amoxicillin used in the aquarium might seem the same as the one described by your doctor.

However, the effectiveness is yet not determined for this fish antibiotic. People mainly go for them because they are accessible without a doctor’s prescription and, at the same time, are a less expensive alternative.

As for the time being, there has been no evidence of the dosage for adults. The thing is that these antibiotics are meant to be opened and dispersed in water for the fish to consume. Local consumers would not know what dosage is safe to consume.

Make sure to consult your pharmacist before you administer any antibiotic, whether it is fish or human. Overdosing on an antibiotic can cause severe issues and worsen your condition.

Where To Get Fish Antibiotics?

They are readily available at pet pharmacies and stores. Apart from stores, you can also find them online.

Although fish and human antibiotics have many characteristics, you should always take precautions before consuming them. There is a chance that we might ingest these antibiotics in the future. However, as for now, their effectiveness is still under debate.

Fish antibiotics must be administered carefully to avoid any adverse consequences. Taking care of diseases is an integral part of surviving in the longer run.

Fish antibiotics can play a major role in survival during an emergency because they are always available on the counter and won’t cost you much.

⇒ An Ingenious Way To Stockpile Prescription Medicines At Home Before SHTF