One of the tricks that makes prepping easier is to stockpile things that have more than one use. Duct tape is the classic example, of course – it’s practically a miracle substance. Vinegar isn’t far behind. As well as being great for cooking or preserving food it’s also a powerful cleaner, and it works well for killing weeds. Don’t try catching flies with it, though; according to an old saying, honey works better for that.

Oh, right, honey. Do you have honey in your emergency stockpiles? A lot of preppers – maybe most – don’t. After all honey is just a sweetener, and sugar works pretty well for that too, so why duplicate? Well, here’s why: Honey might not have as many uses as duct tape or vinegar, but it’s still much more than just a sweetener. In a crisis situation it could literally save your life, because if you get the right honey it’s also a powerful, natural antibiotic.

In fact all honey has some antibiotic properties, so it’s worth having a good supply of it laid up (it stores well, too). If you want the maximum benefit, though, consider putting in a little extra effort to find and stockpile mānuka honey.

Honey is a natural product made by bees. Worker bees collect sugary nectar from flowers, and process it into honey. In the process they add natural antibiotics. The bees do that so the honey will store well in the hive – the antibiotics will kill any microorganisms that could spoil it, so it gives them a long-lasting food reserve.

As far as bees are concerned, one batch of nectar is as good as another. That means honey is usually made of a mix of nectar from different plants. Sometimes, though, most or all of the nectar comes from one species of plant. These are called monofloral honeys, and they’re seen as a premium product. Often they’re prized for a distinctive flavor – fireweed honey and Appalachian sourwood honey are two of the most popular US varieties.

Of course, in a survival situation you’re probably not too worried about subtle flavors in your honey, but one monofloral has other advantages – and that’s mānuka honey.

Mānuka honey comes from New Zealand, where it’s produced by European honey bees from the nectar of the tea tree – mānuka in the Māori language. The result is a dark, viscous honey with a rich, complex taste. Although sweet, it has a slight bitter aftertaste. It doesn’t taste at all bad (and it works just fine as a sweetener) but it isn’t one of the most popular varieties among honey enthusiasts. On the other hand, it is incredibly popular as an alternative medicine.

There’s more to mānuka honey than just its distinctive taste. It also has some unique chemical properties that make it stand out from other honeys. It’s particularly rich in antioxidants, and has powerful anti-inflammatory and antibacterial properties. That means it has a lot of medicinal uses: here are a few of them:

Any honey has health benefits, but mānuka honey is in a class of its own. It contains up to four times the concentration of many nutrients as other honey, so your supply will be more effective as a medicine and last a lot longer, too.

Related: The Best Natural Sleeping Pill That You Can Grow In Your Backyard

Get the Real Thing

Mānuka honey has become very popular as a health food and medicine – and demand is a lot higher than supply. That means a lot of what’s being sold as mānuka isn’t – either it’s been diluted with normal honey (and sometimes corn syrup) or there’s no actual mānuka in it at all. That doesn’t make a big difference if you just want something to spread on your biscuits, but if you’re planning to rely on its medicinal properties you don’t want to settle for counterfeit.

All real mānuka honey exported from New Zealand will have the “Unique Mānuka Factor” logo on the front of the jar, along with a UMF number. You need honey with a UMF number of at least 10, and 16 or higher is the best. This number comes from actual antibacterial tests of the honey, and is a reliable guide to quality and effectiveness. Any honey that isn’t marked as being produced in New Zealand, and doesn’t have both a UMF mark and a number, is not real mānuka, whatever the seller claims. Get the real thing, and add it to your survival stores. 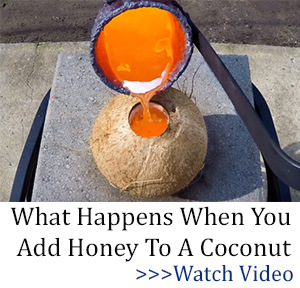 Why You Should Put Peppers In Your Socks

How to Treat Allergies Naturally This Spring