I Used To Cut This Plant...Until I Saw This dock weed

I Used To Cut This Plant…Until I Saw This!

We often get caught up in getting rid of the weeds in our yards so that it’s perfect. It’s an ongoing battle for a lot of people to make sure that any and all “weeds” are eradicated from their property. However, there’s one “weed” that you might want to think twice about pulling, cutting, or spraying with herbicides the next time you take to the yard for weeding.

It’s often called dock weed, but it’s also known as yellow dock, curly dock, or curled dock. The scientific name for this plant is Rumex crispus. It’s a perennial, meaning that it grows back year after year, and it’s commonly found across North America, in the United States and southern Canada.

This weed grows about three feet tall. It has a flower stalk that has small yellow-green flowers and, later, brown seeds covering it. One of the defining characteristics of this plant is the way the seeds can stick to animals, so that they can be carried away to be germinated elsewhere. The leaves are oblong and smooth, and extend from the stem in a swirl pattern. It’s a pretty hardy plant, even to the point that it’s considered an invasive species in many places it grows, so you can expect to find it growing in any number of environments. Despite its proclaimed status as a weed this plant can be very useful. Since it’s found almost everywhere, and can survive in harsh conditions, learning how to utilize this versatile plant could come in very handy in a survival situation.

Here are some of the ways you can use this rough-and-tumble plant.

The young leaves of the dock plant can be consumed and have a tart, lemony flavor. The raw leaves should be eaten sparingly, but can be eaten in a salad in small amounts. The leaves can also be boiled several times in clean water to leach them of the high levels of oxalic acid that they contain, so that they can be eaten in larger amounts.

When consumed, dock weed is a good source of several vitamins and minerals that we need to stay healthy including vitamin C and vitamin A, plus magnesium, manganese, and iron. Because of significant amounts of nutrients, it’s often used to treat nutrient deficiencies like scurvy, caused by lack of vitamin C, and anemia, which can be due to a lack of iron in the diet.

It’s also frequently used for treating chronic skin conditions like eczema and psoriasis. Aside from actually treating these conditions, it is often used to help alleviate the symptoms that accompany them like itching and burning of the skin. People also sometimes use this plant to reduce the look of age spots.

It can be made into a paste or poultice, taken internally, or brewed into an infusion for use in treating skin problems depending on the issue.

It May Help Respiratory Issues

In homeopathy, this weed is used to treat a ticking cough. It’s also frequently used to treat inflammation of the airways and nasal passages. It may help with conditions like bronchitis or the common cold due to these effects.

To use for cough, you can brew the root of the plant into a tea and drink three or four cups a day until symptoms disappear.

It is Used as an Inflammation Fighter

Dock is often used to fight inflammation. Because of its inflammation fighting properties, it’s often used a treatment for arthritis and other conditions caused by chronic inflammation. These include fibromyalgia, rheumatism and gout. It’s thought to help decrease inflammation by cleansing the blood and reducing toxicity.

It is thought to help maintain the health of the lymph nodes, encourage drainage of them and reduce swelling. It may also have some effect at reducing fevers.

The root is the part of the dock plant you want for fighting inflammation. Dry the roots and put them in capsules, or brew them into tea with a combination of other inflammation-fighting components like mint leaves and fennel.

It Can Be Used as a Laxative

Dock weed has laxative effects that can be harnessed to fight constipation. The issue with using this particular plant for this purpose is that people experience various levels of effectiveness, so this isn’t a cure you necessarily want to count on.
To use curly dock as a laxative you can simply consume the leaves, dry the leaves and roots and put them in capsules, or you can boil them into a tincture and take several drops of it a day.

Be careful about introducing this weed to new areas as it may become an invasive species, damaging the natural ecosystem in an area.

When eating dock weed, make sure that you indulge in moderation. Too much of this green can lead to urinary tract issues and could potentially cause kidney stones. It may also have a laxative effect and cause stomach pain or cramps in some people.

This plant has several uses that could come in handy in a SHTF situation but be sure you follow the normal protocols for wild edibles. Make sure you’re absolutely certain that you’ve identified the plant correctly or you could wind up taking in a toxic plant that could do far more harm than dock weed could ever do good. 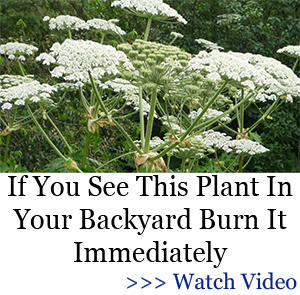 The 5 Seeds That You Need to Stockpile in Your Pantry