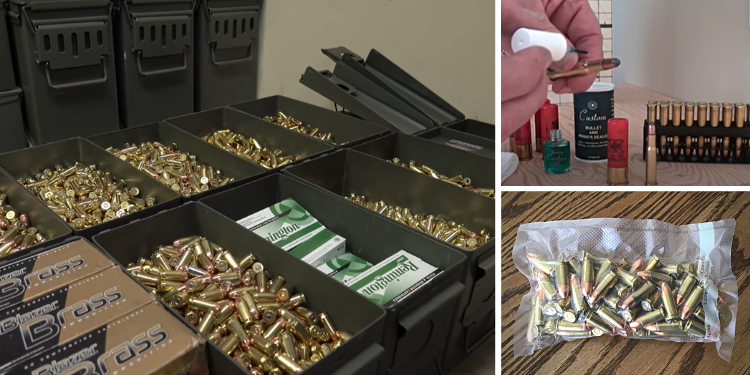 Years ago I read Stephen King’s epic Dark Tower series. Right at the start of the second book the antihero, Roland the gunslinger, is sleeping on a beach when a rogue wave hits him, splashing his ammunition belts.

For the rest of the novel, a major plot element is how few rounds he has left that didn’t get splashed, and the unreliability of the ones that did. Of course, if you’re familiar with Stephen King’s work you’ll have realized that he doesn’t actually know very much about guns.

Giving ammunition a quick dip, even in seawater, won’t do it any harm as long as it doesn’t stay wet for a long time. I’ve used ammo that had spent three or four days in a rain-soaked pouch; it still worked fine.

When it comes to long-term storage of ammunition, though, moisture does become a problem. Over time, dampness can make its way into the primer pocket and through the neck of the case.

Once it’s in there it will degrade the propellant and possibly the primer. Meanwhile, if there’s water inside the case when the round fires, that will evaporate and affect the chamber pressure.

Ammo that’s been stored for a long time in damp conditions might not fire. And if it does it will be inconsistent and inaccurate.

You also need to look out for corrosion on cases. While it’s unlikely cases will corrode badly enough to affect their strength, you could get more stoppages – especially with a semiautomatic weapon.

When you’re relying on a stockpile of ammunition to keep you alive in a crisis, you need to make sure it’s protected from moisture in storage.

The first step in protecting ammunition from dampness is to store it somewhere that isn’t damp. That sounds like a problem for many preppers; a lot of us store our supplies in basements, sheds or bunkers.

Basements have the extra disadvantage that if the rain gets too heavy or a local river floods, water can quickly find its way in.

Get around that by installing some shelves or racks, and storing your ammunition well off the floor. That way, if the basement does flood your ammo should be spared a ducking.

Avoid storing ammo where it’s in contact with basement walls, because these can often be damp.

Free-standing racks that don’t touch the walls are the best solution, but if you need to keep ammo on wall-mounted shelves be careful not to push it right to the back. Leave some space behind it for air to circulate. 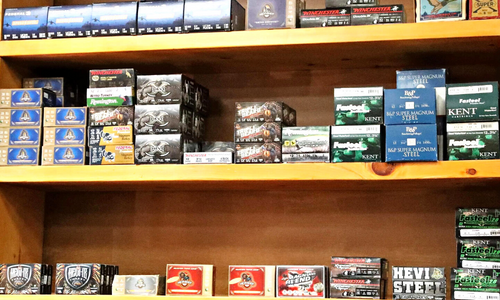 Protecting your supplies from water or damp walls is only half the battle, though. There’s almost always some moisture in the air itself, too, and given time that can attack your ammunition.

Related: Does Ammo Expire? This Man Fired His 60 Year Old Ammo And This Is What Happened

That’s especially true somewhere the air isn’t circulating much, like your basement. To keep it safe from airborne moisture we need to look at packaging and sealing.

When ammunition comes out of the factory it’s generally not fully sealed. The primer and bullet fit into the case tightly enough that water can’t get in if the round gets briefly wet. But over time capillary action will draw moisture through the primer pocket and neck.

Most military ammunition, and some commercial types, have a ring of waterproof lacquer round the primer to fully seal it; steel cases, which are vulnerable to rusting, usually have some kind of protective coating on the steel. However, if you want truly waterproof ammunition you’ll have to proof it yourself.

Many gun shops sell products like X Sealant. Apply a little of this round the primer and neck, then cure it under a UV lamp, and it forms a completely waterproof seal. 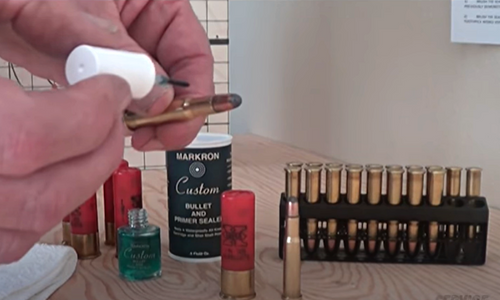 As far as I can tell these products do a great job of keeping moisture out of the case, but they won’t protect the case itself from corrosion. And, if you have a large stockpile of ammunition, it would take you a very long time to seal it.

Related: What To Do In The Upcoming US Ammunition Shortage

If you keep some ready-use ammo in a gun bag or tactical vest, sealant could be a good solution. For your main stockpile it isn’t a realistic option.

A better option is to pack your boxed ammunition into heat-sealed bags. An ordinary vacuum sealer is a great tool for this, but don’t use the vacuum function. Instead, just squeeze surplus air out of the bags before you seal them. 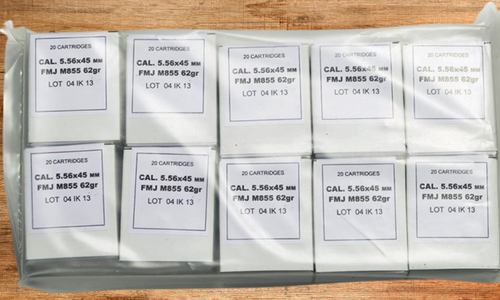 If you vacuum-seal them there will be air left inside each round. Over time this will slowly escape, equalizing the pressure in the cases and the bag.

Then, when you unseal the bag, the pressure inside the cartridges will be lower than the atmosphere and outside air will slowly be sucked in. This is bad news, because it’s going to bring moisture with it.

Not vacuum-sealing the bags means there will be a small amount of moisture trapped inside, but a silica gel sachet will take care of that. Heat sealing ensures no more will get in. If you don’t have a heat sealer use Ziploc bags and, again, add a silica gel sachet.

Heat-sealed bags will do a great job at keeping water out, but they’re relatively fragile. Give your ammunition some extra protection by picking up used military ammo cans. 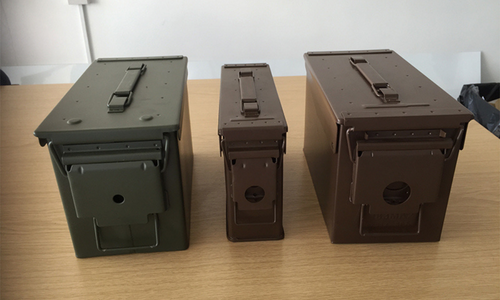 These are made of tough steel, have convenient carrying handles on top, and their lids close tightly and have a rubber weather seal. In fact the military ammunition that comes in them is packed in plain, non-waterproof cardboard boxes. The Army trusts the can itself to keep moisture out even after years in storage.

Between sealing the boxes in plastic, then storing the bags in ammo cans, your supply should be completely safe from dampness.

The cans are also easy to grab off the shelf and throw into a vehicle if you need to bug out in a hurry, and you can take out as much ammunition as you need then reseal the can.

Modern ammunition is pretty robust stuff, but it can deteriorate if you don’t store it properly. The most important thing is to keep moisture away from it. And storing it inside an ammo can in a heat-sealed bag will do exactly that. Protect your ammo stockpile this way and you’ll be able to rely on it when it really counts.