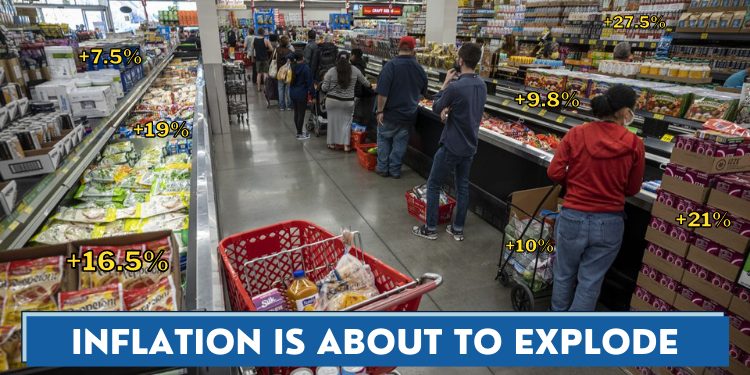 The USA has a few problems, but the one on everyone’s minds right now is inflation. Rising prices mean our income buys less and our savings are losing value.

Families that used to have disposable income to save or buy luxuries are now struggling to pay for essentials like housing, rent or gas.

In June US inflation reached 9.1%, the highest rate since 1983. It’s fallen back slightly since then, thanks to a dip in gas prices, but it’s almost certain to climb again – and it could go a lot higher.

Why Is Inflation Surging?

Economists are arguing about exactly why inflation is so high right now, but most agree that several factors have combined to push prices through the roof. 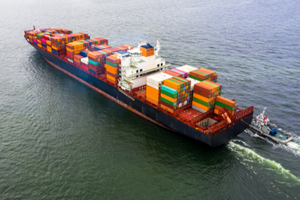 A global supply chain crisis started developing last year, in the aftermath of the COVID-19 pandemic that affected the whole world.

At the height of the pandemic, many factories were producing much less than normal or had even shut down completely.

This created shortages of many goods, although the shortage didn’t become obvious at first because, with tens of millions of people temporarily out of work, demand for many items fell. Now demand is back, but until all the factories are running normally again there aren’t enough goods for everyone who wants to buy them.

One of the most basic rules of economics is the law of supply and demand. This says that if more people want to buy an item (demand) than there are items available (supply), the price will rise until supply and demand are equal.

Since the end of the pandemic unemployment in the USA has fallen to a historic low, just 3.6%. This means more people are working than ever before, and that pushes demand up.

It might not feel like it if you have a mortgage, but since the 2008 financial crisis it’s been very cheap to borrow money. Low interest rates make sense when you’re trying to stimulate an economic recovery after a crisis. The problem is that once the crisis is over, low interest rates overheat the economy – and that causes inflation.

When interest is low people, and governments, tend to borrow money to spend on things they don’t really need. When people do that the result is increased demand, and then inflation. When governments do it more money gets pumped into the economy, demand goes up and, again, we get inflation.

The Federal Reserve has finally recognized that interest rates have been too low for too long, and has started pushing them up again – but that’s going to be painful for anyone with debt, which is most of us.

Higher mortgage and credit card repayments will leave us less money to buy things, which should reduce demand and bring inflation down, but falling disposable income will also increase calls for wage rises, and that can push inflation right back up again. 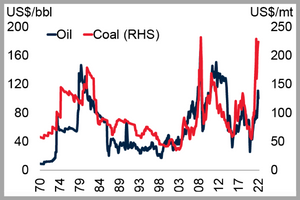 The most dramatic price rises have been for energy; oil and natural gas are leading the charge, but coal prices are rising too.

Energy price rises are very bad news for inflation, because more expensive energy puts up the price of almost everything else.

⇒ How To Produce Your Own Electricity At A Low Cost

The bad news is that, while inflation is already at dangerous levels, it looks like it could get a lot higher.

Many analysts are predicting that inflation will soon peak, then start to fall. However there are some real dangers ahead. The big one is the EU’s energy policy.

The European bloc plans to ban imports of Russian oil by the end of the year. That will reduce Russia’s exports – and the amount of oil on the global market – significantly, at the same time as the EU starts looking for new suppliers to replace Russian oil.

Related: How The War In Europe Will Affect The US Economy

Oil prices are set to rise sharply. Right now a barrel of Brent crude is selling for $107, but JP Morgan are predicting it could rocket to $380. If you think gas prices are bad now, wait and see what they’re like when oil is nearly four times the current price.

We’ve already looked at all the reasons high oil prices push up inflation. The EU ban could blow up the whole economy. If oil goes to $380 a barrel the price of gasoline could easily double – and the increase in transport costs would drive inflation through the roof.

It’s already running at over twice economists’ predictions for this year, which ran from 1.69% to 4.3%. It could easily double again. If that happens it could trigger an economic apocalypse; after a certain point inflation can start to feed on itself.

Unless the Biden administration can suddenly find a miracle cure for the growing problem things are going to get a lot worse before they get better.