There are many ways to be prepared for when SHTF. One way is to plant your own garden. Another way is to learn the uses of plants that are already growing native in your area so you can forage what you need from nature.

If you live in the eastern US or the southern parts of eastern Canada an important tree to know is Slippery Elm, Ulmus rubra. While nowadays Slippery Elm is primarily known for its medicinal uses, it is also edible and useful for artisanal crafts which should put it high on your list of plants to find growing in your area.

The traditions of using Slippery Elm go way back. Native Americans used the tree medicinally and the Founding Fathers knew the value of it as well. It is said that George Washington’s troops survived the winter at Valley Forge by eating a gruel made from Slippery Elm bark. Let’s not forget all the wonderful benefits this tree can offer us.

Related: The Tree That Every Prepper Should Grow In His Backyard

Slippery Elm is a deciduous tree that grows between 40-60 ft in height. It grows as far south as Florida, as far west as Texas, and its range stretches in Quebec in the north.

Slippery Elm has oblong, serrated leaves that are 4-8 inches in length and rough on top.

In spring the leaves can have a reddish tinge that turns to green in summer. In fall the leaves are yellow. It has a red heartwood that is good for making fence posts. Slippery Elm can be differentiated from other elms by the slimy inner red bark that is used medicinally.

Slippery Elm bark is best harvested in spring between March and June. During this time it will have the highest quality and be easiest to remove and process.

Since you want the inner bark, you will want to harvest from branches that have a minimum of 1-inch diameter. Any smaller won’t yield enough inner bark to be worth your time.

You can harvest from branches or whole trees. If you are planning on cutting a tree for the wood, definitely take the time to harvest the bark. Once you have your branches you want to remove the bark in vertical strips. Insert a knife to get it started. Once the branch is scored you should be able to pull the bark away easily.

Slippery Elm bark can be used medicinally as well as being edible. Most commonly we associate Slippery Elm with sore throats and coughs. That is because it contains mucilage, a sticky substance that coats your throat and makes it feel better. But mucilage coats more than just your throat. It also coats your stomach, making it a great choice for digestive and intestinal problems too.

You can make either Slippery Elm tea or lozenges. For tea, you can use small strips of dried bark as is but to make lozenges you will want to make a powder.

To do this simply put the bark in a coffee or spice grinder and grind it until it is a fine powder. To make tea simply add 2 tablespoons of small strips of bark to 16 ounces of boiling water. Steep for 5-7 minutes. Strain out the bark strips. Add honey or another sweetener to taste.

Lozenges are great for soothing a sore throat. Usually, you can feel relief immediately. They can be a great choice for an upset stomach as well. Slippery Elm lozenges are easy to make at home and great to have on hand for quick relief. All you need is a little honey, water, and slippery elm powder.

The bark is also highly nutritious, so you can make a porridge that is easy to eat and is ideal for people experiencing a loss of appetite due to digestional problems. There are many variations to this porridge depending on what other ingredients you have on hand. The most basic way is simply to mix Slippery Elm powder with boiled water until you have an oatmeal-like consistency.

However, to enhance the flavor I recommend adding milk, honey, and fruit or spices. Here is a basic porridge recipe:

Mix all ingredients except the honey in a small pot over low heat. Stir constantly until it is at a simmer. Add honey. Enjoy.

It has also uses beyond just the bark. The heartwood is straight so it makes good fence posts. But Slippery Elm is also easily bendable with steam. It has been used traditionally to make bows and other artisan crafts.

However, if you are harvesting a tree for the lumber make sure you don’t neglect to harvest the bark as well. It is always best to uses as much from the tree as possible.

Slippery Elm was also once a common treatment for gunshot wounds. To use Slippery Elm externally for wounds or skin problems, you will want to make a poultice.

For this, you want to use a coarser powder. Simply mix the coarse powder with water until it forms a paste.

After that, apply directly to the affected area. Cover with a clean cloth. The poultice will draw out any toxins and aid in healing.

Once, all the many uses for Slippery Elm were common knowledge and Slippery Elm bark was found in most home’s herbal apothecary. Unfortunately, that knowledge is being lost. For us to survive SHTF is important we learn and cherish the traditional knowledge and make use of the resources we have growing in our backyards. 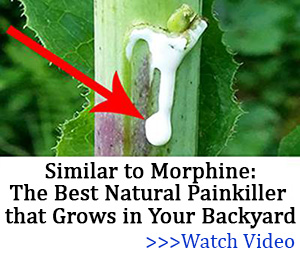