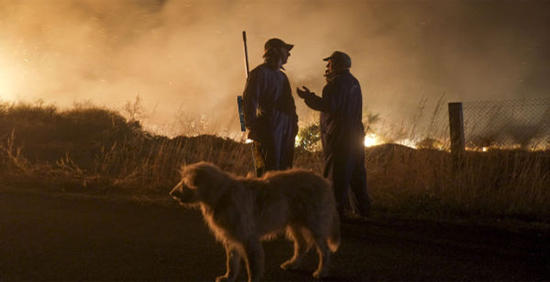 Just a bit of food for thought…

While I’m writing this article I’m thinking what’s the best thing to do?

Maybe you’ll help me on this one:

If you were to catch a looter on your property trying to pillage your house, should you scare him off or should you shoot him dead?

On one hand I’m a religious person so I don’t want to shoot anyone unless I really have to, but on the other hand I’m thinking that if I let him go he’ll probably rob (or kill) the next family he’ll find. Or worse, he’ll come back later with his gang and try to gun down my family.

Holding him at gunpoint until the cops arrive is NOT an option. There won’t be 911 when SHTF.

Another option would be to spare his life but keep him confined until the crisis ends. Probably you’ll go to heaven for this, but it would mean sharing your food and water with him, while endangering your family at the same time.

Man… how I would love to see a row of preppers turning in looters at the police station at the end of a crisis. Like for example at the end of the Baltimore riots…

But things are not always black and white.

The people that you see as looters might actually be a couple of dads scavenging for their hungry kids.

Just imagine 10 days of a catastrophic blackout across the US. No cell phone service, no ATM withdrawals, no electricity whatsoever, no cars or gasoline, no water pumps … no escape!!! … just trapped at home. (Click here if you want to watch the video – Blackout USA)

And two strangers come scavenging on your property, 40 feet away from your door. They have a dog and one of them is carrying a rifle. It’s evening and night’s about to fall down. You don’ t know their intentions. Maybe they don’t want to rob anybody. The rifle can be for their protection and the dog to smell for garbage food. Or maybe not!

What do you do?

What are your thoughts? What’s the best thing to do in this situation?

Do You Make This Fatal Mistakes In a Crisis? (Video)