GPS is one of the miracles of the information age. In 25 years it’s gone from being an expensive technology mostly used by the military and oil companies, to so cheap and ubiquitous that almost every cell phone now doubles as a navigation device. This is great for getting around, but unfortunately it also means we’re slowly forgetting about a much more reliable navigation aid – maps.

Maps take some skill to use properly, but unlike a GPS they don’t need batteries. They won’t stop working if some mad dictator hits us with an EMP attack, the military decides to scramble the signal for unencrypted (i.e. all non-military) receivers, or you just drop it on pavement. They’re robust, low-tech and, in a crisis, invaluable. If you want to be prepared, and your plans involve anything more than sitting quietly at home, you need to have maps.

This goes double if you plan to bug out in a crisis. Sure, you probably have the route from home to your BOL memorized, but what if you can’t follow that route? Maybe an earthquake has brought a key bridge down, or the town you planned to drive through is sealed off by the National Guard. That’s when you need to be able to reach for a map and find another way.

Not all maps are created equal, though. Just go to Amazon – or even your local book store – and take a look in the map section. There’s a bewildering range of them out there, and you can’t carry them all. To help you narrow the choices a bit, here are the essential maps you should have in your bug-out bag.

You probably won’t be planning any road trips after the SHTF, but having access to maps of the whole country is still useful. If you’re in radio contact with other preppers – especially if you have a long-range ham set – it’s helpful if you can see the places they’re talking about on a map. And, although you might not be planning on going anywhere, you might find that circumstances force your hand.

Imagine your area is threatened by a disease epidemic, or contamination from a nuclear accident. You can stick to your bug-in plan as the fallout comes down, or you can get out of there and survive – but if you’re going somewhere, you need to know what roads will get you there safely and what ones lead into potential danger areas. A road atlas isn’t any good for fine detail, but it will tell you enough to let you plan your general route. With any luck you can pick up more detailed local maps as you go. A road atlas will also show you service areas and gas stations, where you can buy (or scrounge, if they’re abandoned) valuable resources.

You can find a North American road atlas, with maps of every state and Canadian province, on Amazon for just over $8.

Aim to have a good road map for your own state. This will be at a larger scale than a US road atlas, so it should show minor routes that don’t appear in the atlas. Minor routes get less traffic, making them great options for a discreet bug-out.

The more routes you know of, the better your chances of making it to your BOL whatever challenges you meet along the way. If there are refugees moving around they probably won’t know the minor routes, but they’re more likely to know the major ones. In fact, a good rule, where you have both maps available, is to avoid routes that appear on both and stick to ones that only show on a state (or even local) map.

Rand McNally do a great series of “Easy to Fold” state road maps. These cost $8 or less per state on Amazon, and the maps are laminated with weatherproof plastic. That lets you write on them with markers (but don’t mark any sensitive locations, like your BOL or home), and it also means they shrug off rain and snow.

Related: How To Cleverly Use A GPS Tracker

If you live in a city or suburb, you need good street maps of the surrounding area. This is something a lot of people overlook. After all, this is your neighborhood. It’s where you live. Surely you know your way around it without a map?

Well, actually you probably don’t. Most urban people know the routes that will take them where they need to go regularly, but beyond that their knowledge can get a little hazy. Go on Google Maps and look at your area. Do the streets relate to each other the way you thought they did? Probably not. You’ll also likely see other ways of getting places that you didn’t know about, because you never needed to. The thing is, in a crisis you might find that you do need another way of getting somewhere – like out of town, for example. If you plan to bug out, but the road you usually take out of town is closed by a fire or a riot, what are you going to do? Driving around randomly looking for an alternative route wastes time and fuel, and risks driving into trouble. A good street map will let you back off, look for another way out, then navigate along it.

We’re all used to finding street maps online, usually through our phones, but in a crisis you can’t rely on that. You need paper maps. If your city has a tourist information office, look there – they usually have cheap, or even free, maps for visitors. Anytime you visit another city and see an information office, see if you can get maps for there too. You never know when they might be useful.

Your state fish and game agency probably have a range of maps available, either to buy or download and print. A lot of these are very useful resources for preppers. For example, you can easily find places to fish, but a fish survey map will show you where the fish actually are.

Wildlife management maps do the same for deer and other game species. If you need to hunt en route or at your destination you can find some woods and hope for the best, or you can check the map and locate a good spot. Fish and game officers have done the work of finding out where the food is, so use that information to help you.

Related: 16 Items FEMA Tells You to Stockpile and Why

The maps we’ve covered so far are specialized ones, and they all have their uses. You also need good general-purpose maps, though, and the best ones available in this country are the US Geographical Survey’s topographic maps. Unfortunately, that’s not saying a lot. If you’ve ever seen a 1:50,000 Ordnance Survey map from the UK, you’re going to be pretty disappointed with the USGS ones. They’re good enough though, and they do contain a lot of information.

A topographic map shows you urban areas, roads, water and terrain contours. If you know how to read contour lines (and if you don’t, learn in a hurry!) you can use a topographic map to plan routes, choose campsites and even work out the limits of visibility from a location.

The USGS has several series of maps covering the USA. The best quality, and most detailed, ones are the 1:24,000 “7.5 minute” series. These don’t cover a large area, so you might need a lot of sheets, but they have the most information. Just be aware that in the last couple of decades updates have been sparse, and accuracy has suffered.

You can also get smaller-scale, but more manageable, 1:100,000 topographic maps. These don’t have as much detail, but each sheet covers a much larger area. A good plan is to get all the sheets for both series that cover the route between home and your BOL.

That way you have detailed information for your planned trip, but if you have to detour you’ll at least have slightly less detailed maps that cover more ground and give you some room to maneuver. Whatever scale of maps you get, make sure you have a matching romer to help you read and plot grid references.

USGS maps can be bought in most large bookstores or from Amazon. You can also go to the USGS website and either download and print them free (although this will use a lot of ink and A4 paper) or you can order them from USGS, with lamination as an optional extra. 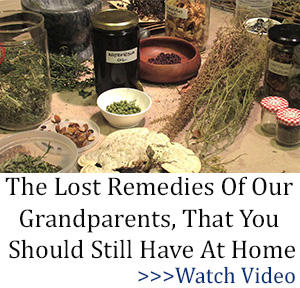