Modern society attributes many unique things to Australia: Boomerangs, kangaroos, wallabies, the Outback, and the Sydney Opera House are some of the most iconic Australian symbols that the world associates with the country today.

Few are aware, however, of the long, rich, and often shocking history dating back to the founding of Australia as a penal colony.

When the first fleet of British ships arrived in Sydney, South Wales, in 1788, the passengers were mostly convicts being essentially “dumped” in a strange new world. With few supplies, and indifference to their well-being by the British, this ragtag group was forced to quickly learn how to survive on their own.

Each convict was given two years’ rations, one year worth of clothing, and little else. Few of the convict settlers had any agricultural experience or other skills that would make building a self-sustaining colony possible.

Mostly through trial and error, the Australian settlers began to thrive in their new home with a barter economy and new agricultural methods, despite harsh punishments by their captors and the threat of deadly diseases.

A Barter Economy Was Favored

Each colony was led by a British governor, who was appointed by the monarchy. While the British used the pound sterling as currency, the colonists did not Instead, the colonists relied on a barter economy with rum, corn, and wheat becoming the most desirable forms of currency.

Related: 10 of the Best Bartering Items if the Grid Goes Down

Perhaps not surprisingly, the colony of convicts had its share of crime and undisciplined citizens. Theft of food and other provisions, as well as lack of motivation on the part of the settlers to help build a sustainable colony, led to extreme measures by the governors and soldiers to bring order and discipline to the settlers.

Instead of creating productive and well-regulated groups, however, the severe punishments led to a series of bloody revolts against the governors.

Related: What Do You Do When Someone Asks For Food in a Crisis? New Agricultural Methods Had To Be Developed

The climate and soil of Australia was much different from what the settlers—mostly British and Irish—were accustomed to, so new ways of farming and irrigation had to be developed.

The lack of irrigation was solved by creating rock pools that filled with fresh water, while the Aboriginal practice of “fire scrubbing” (using fire to clear land and regenerate flora) was adopted to increase the land’s food production.

When the settlers landed on their new land, they knew they faced many dangers which they had to survive—starvation, dehydration, and death from exposure were well-known threats. Due to a lack of scientific understanding, however, the settlers were unprepared for perhaps the deadliest situation they would face: The rampant spread of fatal diseases, made worse by a lack of medical supplies.

Epidemics including smallpox, chickenpox, typhoid fever, tuberculosis, measles, influenza, and cholera killed many of the early settlers, but their death toll was nothing compared to that of the Aboriginal people; over half of the indigenous population died from European diseases in the first few years of settlement.

Applying These 4 Lessons To Your Survival Plan

Here are some key takeaways from the Australian pioneers that you can add to any modern-day survival plan:

In every survival situation, it’s important to familiarize yourself with the local plant life. Consider what plants grow well in your climate and then prepare a gardening plan that includes both plants for food and plants that you can use to create natural remedies. By growing your own grocery store and pharmacy, your odds of not just surviving but thriving, dramatically increase. 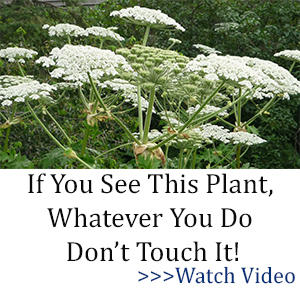 The Native American Food That Is Even Better Than Pemmican (Video)

5 Lost Survival Lessons I Learned from the Amish