Whether they came for land, seeking relief from religious persecution, gold, or driven by a sense of adventure, there are many lessons that the west-bound pioneers of the mid 1800s can still teach us today.

The men, women, and children who put it all on the line to travel the Oregon Trail were tough by any standards, but in 1841 a group of the most resourceful and resilient, the Bartleson-Bidwell Party, literally paved their own way further south and struck out for northern California (present-day Contra Costa County, California).

By nothing more than pure coincidence, my son and I made a similar move this year. We sold up everything for that idea of a “better life”; starting out in Virginia, slowly heading west, eventually landing in Contra Costa county ourselves for a few more months. Finally, we trudged north where we have come to rest in a historic town connecting California’s Central Valley and the Pacific Northwest, and originally home to the Wintu Native American Indian tribe.

Like with any big change, we’ve had to make do with what we had at times and looking at the old ways of doing things (such as substituting water and oil in place of milk, or flax or applesauce in lieu of eggs in baking) as needed.

There are a lot of wild edible plants to forage (even living in town). Wild plums and blackberries are everywhere (at least until the August heat scorches any fruit exposed to the afternoon sun) and there really isn’t a better way to spend a Sunday morning than collecting blackberries with a six year old (to top off homemade flapjacks). Wild grapes pop out along the Sacramento River as the season cools and huge pine cones hide stashes of pine nuts, and acorn mush is a staple of the Wintu to this day (it isn’t any tastier than it sounds but it’s edible).

Related: 16 Wild Edibles You Didn’t Know You Could Forage For

There’s satisfaction in collecting food grown in the wild, just as nature intended, knowing that if you were left overnight (or for a day or two) you would be fine.

But that’s just scraping by, just barely surviving (though useful knowledge should you ever need it).

What stands out about the pioneers moving west – whatever their reason for making that journey – is that it was never about surviving; it was about thriving. Not just after they arrived at their destination, but along the way.

There’s a lesson in that.

As prepper, we never really know how much we should store, how long our provisions will last, or even what we are preparing for (from long term unemployment to a TEOTWAWKI scenario). The truth is we don’t know, but neither did the souls who crossed the Sierra Nevada Mountain range in 1841; they didn’t know much more than to “head west and a little farther south” off the Oregon Trail.

Their stories of resourcefulness and perseverance aren’t about surviving the four to six months trip ahead (the travelers themselves weren’t sure what waited for them), but tells of a permanent change, a way of life; for better or for worse.

Their decision on what would make the trip (and ultimately what didn’t) had to be strategic; food needed to be highly nutritious and satisfying, taking up as little space with as little weight as possible. Food choices also needed to be preserved for months at a time. Any of this sound familiar in your own prepping journey?

But food had another function for the pioneers as well.

Although the primary function of food is for survival, food also offered an opportunity to rest, connect with friends and family, celebrate, and the early settlers recognized their meal times as opportunities to separate themselves, at least mentally, from the arduous journey, if even for a short while.

Here’s some insight into the food, meals, and the thinking of the pioneers as they readied themselves to travel the California Trail in the 1800s.

Guide books of the day varied, but an accepted recommendation for provisions, per adult, for the four- six month trip was:

Dried fruit such as peaches and apples were also included as a source of Vitamin C and to prevent scurvy (dried fruit takes up less space, is lighter, and lasts longer than fresh varieties).

Spices and condiments such as sugar, mustard, cinnamon, nutmeg, vinegar and pepper were often included.

Pioneers knew the benefits of drying food; dehydrated vegetables kept most of their nutrition and helped pioneers pack light. To prepare, vegetables were squeezed to remove the liquid and then baked for several hours until rock hard.

Water added to a fist-sized portion of dried vegetables and cooked could feed four adults.

Bacon or ham would be kept in bran-filled barrels at the bottom of the wagons in an attempt to keep the sun from melting the fat (barrels would be traded for sacks along the way). Eggs could be kept in a similar fashion, nestled in corn meal; the meal could then be baked into cakes or biscuits.

Pioneer days started early, and breakfast wasn’t too far off what we might eat today. Well-preserved ham or bacon and coffee were staples alongside corn porridge or Johnnycakes (made by adding boiling water to corn meal mixed with a bit of salt and sugar in a pan).

Buffalo meat was made into a high energy survival food (pemmican); thin flakes of buffalo (or the lean meat of any large game animal) was hung up to dry in the sun or by a slow fire, then pounded between two stones until ground to a powder. This powder was then mixed with an equal amount of melted grease. Pemmican could be eaten raw, with added dried berries that had also been crushed into powder, or mixed with flour and boiled. It was a highly nutritious meal that reportedly could be kept for up to 10 years.

Bread was baked fresh each day (likely made from white, whole wheat, corn or rye flour). Wheat could be hand-milled (ground) between two stones and then the coarse bran could be removed or sieved out.

Basic biscuits could also be made with the flour, along with saleratus, salt, bacon grease, water, and then cooked on the open fire. Saleratus (baking soda’s precursor) produced carbon dioxide gas in dough which acted as a rising agent, and was first packaged in small envelopes and sold from about 1840-1860. Pies and cakes, made with fruit collected along the way mixed with a little sugar, would also have been baked alongside the trail (though probably not fancy by any stretch).

“Mush and milk” was a simple but popular porridge served at supper, made from cornmeal and may have been sweetened with sugar.

When we are preparing for survival mode it’s hard to look beyond the basic, staple, necessities. But, like the pioneers, an “emergency situation” is also about prepping for a long term change, simplifying, learning about substitutions and being aware that our own meal times may be more than survival but also about connection. This is something we can learn a lot about from these earlier settlers who dared to go beyond the barrier of the Cascade Mountains.

Author Zane Grey wrote that the “Unwritten Code of the West” stressed integrity, self-reliance, and accountability. They sound like my type of folks. 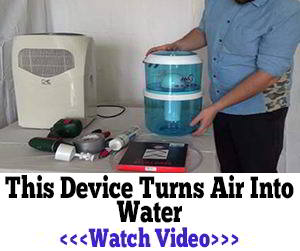 50 Tips From The Great Depression