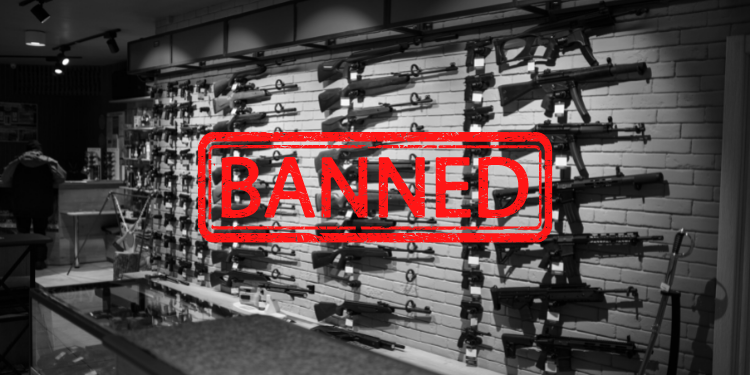 Unfortunately the recent events in Buffalo and Uvalde have not only robbed people of the ones they love, but have also emboldened the political activism of anti-gun politicians the world over.

In the past, assault weapons bans have been derided as attacking primarily cosmetic features of certain long guns. Now the calls for a renewed gun ban have been expanded to include the functional classification of almost all semi-automatic firearms.

Thankfully, with the recent Supreme Court ruling on guns, we are in a better position to protect our rights.

However, if you want to be in the best possible position to protect yourself, your loved ones, and prepare against the prospect of a nationwide ban, here are some guns you should be thinking about adding to your arsenal. 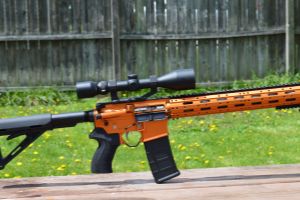 The target of every piece of gun ban legislation is the AR platform and all its derivatives.

If you want to prepare for potential gun bans or legislation that will make certain weapons harder to acquire, then the AR-15 should be one of the guns at the top of your list.

The AR-15 is one of the most popular rifles in America and with good reason. It is highly modular, fires .223 Remington or 5.56 Nato, an intermediate cartridge with manageable recoil, and has a plethora of parts availability.

The rifle is produced by a large number of manufacturers at various price points. Whether you’re looking for a budget rifle or one that will last over 100,000 rounds, the AR can and will fit the bill.

The AR platform’s modularity lends itself to fill a wide variety of roles and should worse come to worse this rifle should be in your armory. 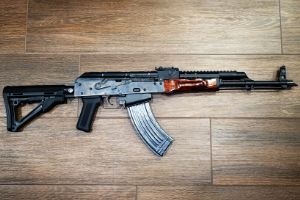 Another common target for bans here in the United States is the AKM series of rifles, which is the successor to the AK-47.

The Soviet counterpart to the AR-15, the AKM is the most widespread weapon globally, with an estimation of over 100 million in existence.

This rifle has become increasingly more expensive and mags are nowhere near as common or cheap as they were previously due to imports to the United States drying up.

Despite this, the AK is extremely durable and worth the expense. Many AK pattern rifles come with a chrome lined barrel leading to an extremely long lived rifle as long as you maintain it regularly. 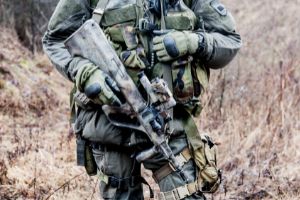 The Steyr AUG is an unusual rifle in its design and high price relative to the other firearms on this list.

However, its unique design makes it worth looking into. The AUG is a bullpup rifle chambered in 5.56 Nato and is an exceptional rifle to use for close quarters combat or home defense.

⇒ Learn How To Make Your House Invisible To Looters

The bullpup design allows for the rifle to have a full 16 inch barrel while still being compact enough to allow for easy maneuverability in tight areas.

The full length barrel allows the 5.56 round to reach higher velocities and increase overall lethality. While some models require proprietary magazines, there are models and conversion kits designed to take STANAG magazines. 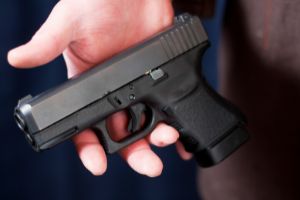 The hysteria that accompanied the release of the “plastic gun” that was “invisible to metal detectors” never really died in anti-gun crowds or legislation.

While handgun bans are no longer constitutionally viable in the United States, it doesn’t stop certain states and municipalities from trying.

Glocks are legendary for their reliability and simplicity. They use a variety of common calibers and their magazines, parts, and holsters are cheap and plentiful.

Related: 6 Mistakes You Are Probably Making When Buying Your Guns

You can field strip the weapon for basic maintenance and cleaning without any specialized tools. The lifetime of the weapon, with regular maintenance, can be in excess of 50,000 rounds. Even if you’re not a fan of “plastic fantastic” guns, a Glock should be in your stable of guns.

The Scorpion EVO is a pistol caliber carbine or subgun chambered in 9mm. 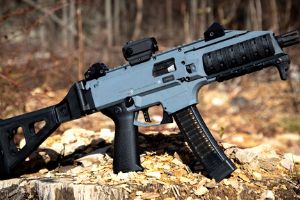 All versions of the weapon come with picatinny rails for top mounted optics and MLOK rails for side mounted attachments.

While subguns have fallen out of favor with law enforcement tactical teams in favor of short barreled rifles, they offer numerous benefits for the civilian user.

The EVO is chambered in a common and relatively cheap round. It has exceptionally manageable recoil and is a small enough weapon that the strength of the user is a nonfactor.

The proprietary magazines it uses are affordable and come in a variety of capacities, ranging from 10-32 rounds. It offers exceptional functionality as a home defense weapon or a personal defense weapon. 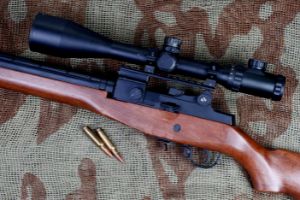 The Mini-14 has been insulated from gun ban in the past, however, anti-gun politicians have wised up in the years post the Federal Assault Weapons Ban and have begun attacking semi-automatic weapons entirely.

The Mini-14 is listed as a potential gun ban target in recently proposed legislation.

If you live in a state that already has restrictive gun laws, it would benefit you to purchase a Mini-14 to fill your need for a semi-automatic rifle.

The Mini-14 is typically chambered in .223 or 5.56 and it utilizes proprietary magazines. The Mini-14 offers all of the benefits of a semi-automatic rifle and it comes with the added benefit of being an unassuming “hunting” rifle if you choose the ranch version. 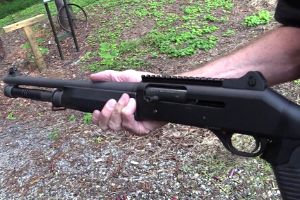 The Benelli M4 is one of, if not the highest, quality shotgun on the market.

The pistons inside the system are self cleaning and function opposite a rotating bolt.

This design simplifies the mechanisms in the gun, allowing for greater durability and longevity to the gun. The system can reportedly handle more than 25,000 rounds with no need for major repairs.

The M4 can handle a variety of different loads, including lower power shells and less than lethal baton or bean bag rounds. There is a minor drawback in using lower power rounds because they don’t cycle the system properly, meaning it will require manual operation.

There is no guarantee that the worst will not come to pass and it would be negligent to deny the possibility of gun bans in the future.

Some hope can be put in the protections the US Supreme Court has laid out, but don’t let that be your only line of defense. It is better to have some of the guns on this list than to need them and not have them.