Where to Go When You Don’t Have a Nuclear Bunker

Nuclear war isn’t something a lot of people worry about these days. After all, the Cold War is over, right? Well, with what has been going on with Russia and the Ukraine over the past couple of years, it looks as though the Cold War is firing up again, not to mention the fact that terrorism is occurring at an accelerated rate across the globe. And then there is the threat of North Korea’s nuclear development, which if real, is something to concern us all.

With all of this going on around us, your world is not without the threat of nuclear war. What if one happened tomorrow? Would you be ready? Would you know what to do? While most people think it’s ridiculous to prepare for a nuclear war, what harm is there in it? If it doesn’t happen, then it’s no biggie, right? And if it does happen, then you will be a lot better off than everyone else. However, chances are you don’t have a state-of-the-art bunker set up in your backyard. How do you prepare if you don’t?

The danger from a nuclear blast will depend on where you are when it hits. Most small countries and terrorist groups would be able to produce a nuclear attack of up to 10 kilotons, so it is best to plan for this at a minimum. Anyone at ground zero, where the fireball goes up, would be incinerated. There is simply no effective protection at ground zero. Up to ¾ of a mile away, anyone exposed would receive a lethal dose of radiation. Up to a mile away, anyone exposed would receive second-degree burns from the blast.

Once you get beyond that distance, you have a better chance of survival. But you also need to take into account prevailing winds and wind direction and speed on the day. Here are some overall tips on the dangers of a nuclear blast:

If you are near any of these, your risk of death or exposure will increase significantly. The further you live away from large cities, military bases, and other targets, the safer you will be. First and foremost, you should plan ahead, so you know what to do if there is ever a nuclear attack near you. You must consider where you would go, who would go with you, how you would get there, and how to stock it ahead of time.

If you plan on evacuating, you need to be certain that you can make it to your bugout location. If you get caught out in the open, you risk being exposed to the fallout. If you can evacuate safely, don’t hesitate.

If you are staying, the most important thing to remember when protecting yourself from a nuclear blast is:

The more layers of heavy, dense material you have between you and the fallout the better. The best materials are:

For this reason, you need to get yourself somewhere that will offer you some protection. You can contact your city officials to see if there are any fallout shelters in your city. If so, you can head there, but if not, consider preparing your basement. Your basement automatically offers you some protection. In the basement of a two-story brick house you will receive 1/20th of the radiation as a person who is exposed outside.

However, you can take measures to fortify your basement. Choose a corner of your basement and build a small room. Use any of the above materials to construct a second and even third wall inside your basement wall. Completely enclose the space. You can use concrete blocks, sand bags, and bricks. This will add additional protection and it is a space you can stock with whatever you will need for the time you must stay protected.

If you don’t have a basement, perhaps you live in an apartment building or your house has no basement, take the following into consideration:

If you go to a nearby building, you will only have a few minutes to get there before the fallout hits and you will need food, water, medical supplies, a source of light, a knife, and a radio at the very least. A crowbar is useful, too, in case you need to pry open doors to gain access to the building. Have these things packed and ready, so that when a nuclear emergency strikes, you can grab your bags and go.

Being prepared for a nuclear attack is the smart thing to do, especially with all the conflict going on in the world today. Plan ahead, so that you and your loved ones can survive a nuclear attack and help rebuild society. One day, you might be thanking your lucky stars you did. 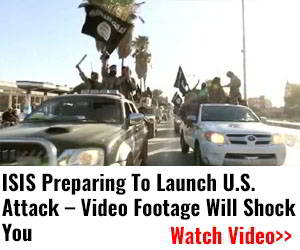